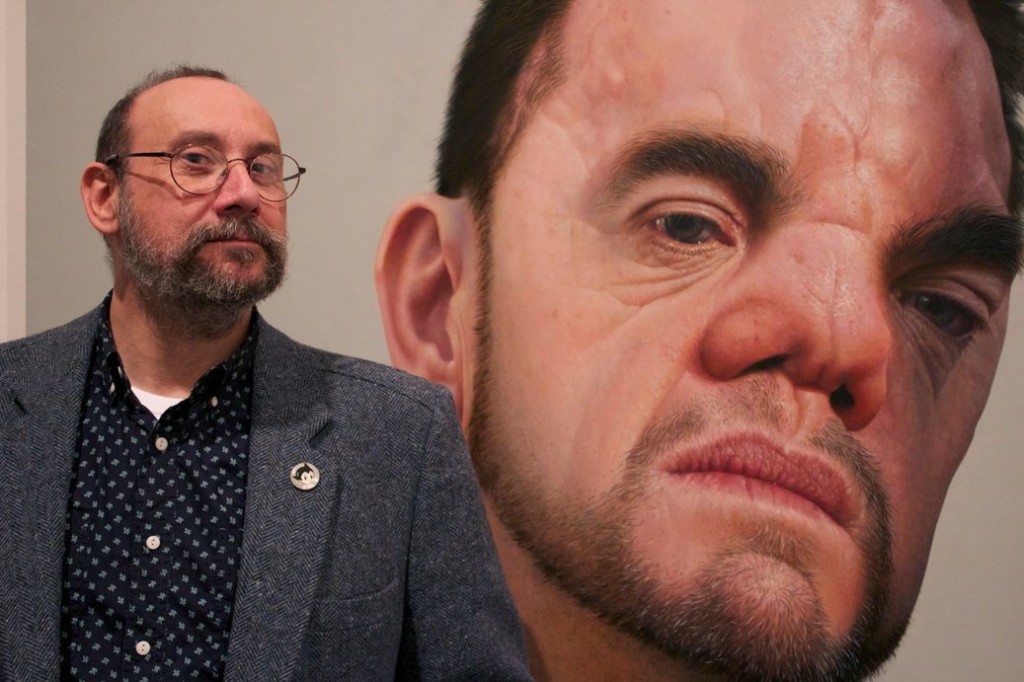 Nick Stathopoulos and the portrait of Robert Hoge.

Australian artist Nick Stathopoulos has announced his portrait of Robert Hoge, one of 55 finalists for the prestigious BP Portrait Prize, will go on display at the National Portrait Gallery in London from 18 June. It will then tour Scotland and Ireland.

The hyper-realistic portrait of Hoge, titled Ugly, was selected from a record 2,748 entries from 92 countries. The painting gained renown in Australia for winning the “People’s Choice Award” at the Salon des Refuses after failing to be selected by both the Archibald Prize and the Doug Moran Portrait Prize.

Stathopolulos told a journalist he was “astonished and disappointed” it was rejected from the Archibald and Doug Morgan prizes. He has been an Archibald finalist four other times.

Stathopoulos is a past Hugo and Chesley Award nominee who has also made his mark on fanhistory. He memorably donned a 9-foot-tall masquerade costume for Aussiecon II (1985). Nick, Lewis Morley, and Marilyn Pride came to the US as Down Under Fan Fund delegates in 1986. When they needed a ride to Harlan’s, where they were invited for a tour, I was their chauffeur and got to see that amazing sight.