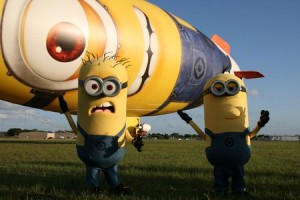 The Washington Post reports that today the House will probably vote to keep alive the Federal helium program, a strategic reserve created in the 1920s:

Today, 88 years later, the zeppelin threat is over. Private companies have learned to produce helium. But the U.S. government still has its own reserve: a giant porous rock formation under the Texas Panhandle, whose crannies hold enough helium to fill 33 billion party balloons.

The problem is that customers in business and science fear a shortage if the program is stopped:

Congress says private industry simply didn’t step up to supply more helium, in part because the federal government was selling its helium so cheaply. In industry, it’s said that there has been a spike in demand for helium, and that finding new supplies isn’t easy. That requires drilling in a certain kind of natural gas field, where helium comes up along with the gas.

Both Reagan and Clinton regarded the helium program as government waste and tried to get rid of it – with legislation to that effect passed in 1996. But it rose again, and every new attempt to kill it has… taken gas.

Despite being characterized as a museum technology, dirigibles are still being developed by the Pentagon and NASA. In January, the Aeros Company of Southern California showed the media its high-tech helium airship, prototype for a larger model that’s designed to carry 66 tons of cargo. 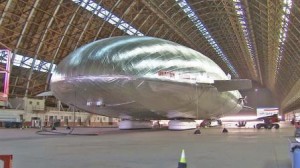