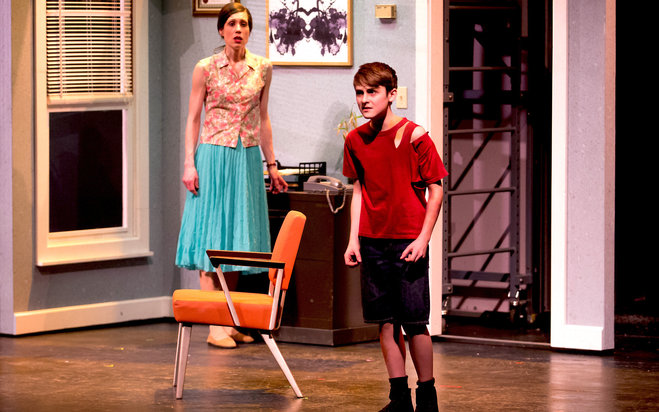 Congratulations to Leah and Dick Smith who celebrated their 30th wedding anniversary at Operacon, an event synchronized with the world premiere of Somtow Sucharitkul’s “The Snow Dragon” last weekend in Milwaukee.

Quite a number of fans attended and Martin Morse Wooster has promised a conreport for File 770.

The Milwaukee Journal-Sentinel gave the opera a fine review:

In the opening moments of “The Snow Dragon,”Skylight Music Theatre’s world premiere opera, firefighters rescue a frostbitten boy clinging to the steeple of an old church — in Florida, during a heat wave.

That boy, Billy Binder (Luke Brotherhood), is referred to a school counselor, Dora Marx (Colleen Brooks). Billy is frozen with rage at the physical abuse he regularly endures. Marx, on the other hand, feels burned out and talks often about the suffocating heat. Her sleeveless blouse does more than reinforce her struggle with the temperature. It also emphasizes her long, wiry arms, likening her visually to the wiry Billy. They appear destined to take a journey together…

Brotherhood’s voice is smaller and quieter than the opera professionals around him, but the experienced young actor nails his portrayal of Billy, skittish and traumatized but also defiant and angry after internalizing so much abuse. Brooks communicates beautifully in her singing. Her performance suggests that the heat her character feels comes from a failure, professional or personal, to love fully.

Local TV feature reporter Julie Collins has posted several short videos about the opera, including brief interviews with Sucharitkul and the lead singers.