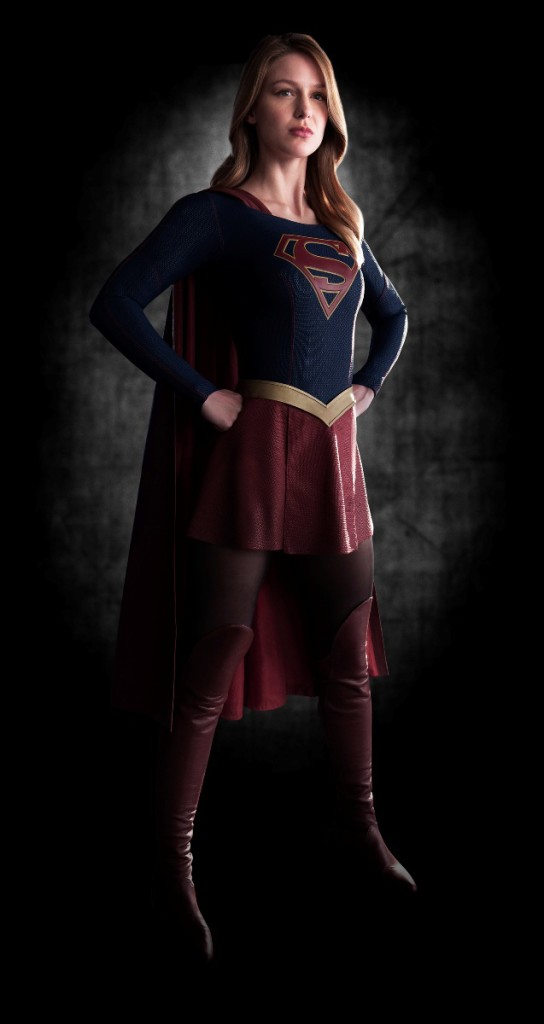 Melissa Benoist is Kara Zor-El in the Supergirl pilot now in production for CBS. DC Comics has released the first image of the actress in her costume, designed by three-time Oscar winner Colleen Atwood.

Considering how many years Supergirl wore a sky blue costume, I’m temped to draw in the current meme where people are debating when the ancients first distinguished blue from black. Seems on Krypton they still can’t.