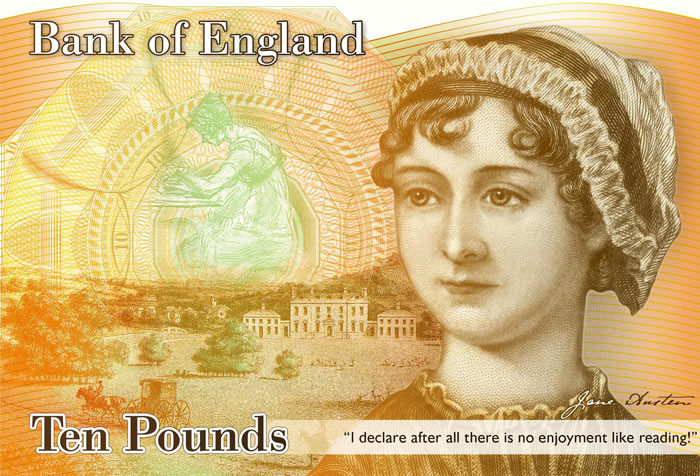 Austen is described as the third author so honored, Shakespeare and Charles Dickens having preceded her. (Although Darwin wrote a famous book, too.) At any rate, she will be the first of the three named to have her work quoted on her note. Unfortunately, that is proving a mixed blessing —

The Guardian called the quotation about reading a “major blunder” by the Bank since it comes from the mouth of Caroline Bingley, “one of Austen’s most deceitful characters, a woman who has no interest in books at all,” who values them only for snob appeal and for a way to become closer to Mr. Darcy.

Would it have brought the economy to a standstill if Shakespeare’s note admonished, “Neither a borrower nor a lender be”?

On the other hand, the line Dickens wrote for Mr. Micawber is gospel —

2 thoughts on “Survival of the Wittiest”