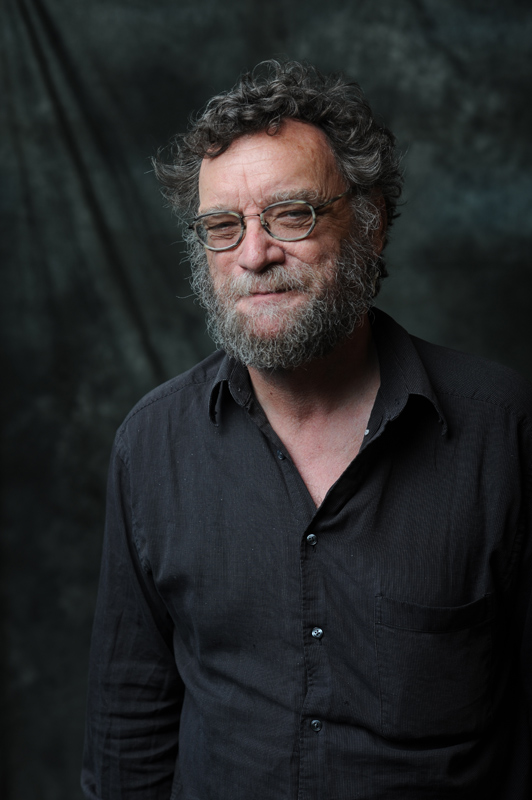 By Carl Slaughter: In an exclusive for File 770, Michael Swanwick provides plot details and author comments for his “Mongolian Wizard” series.  Tor has published 7 stories in the series and Swanwick plans 14 more.

Swanwick is on the verge of wrapping up his “Darger and Surplus” series.  He also has an anthology, Not So Much, Said the Cat, out in August.

“Junior Lieutenant Franz-Karl Ritter is an officer in the Werewolf Corps, a variant of the K9 Corps, except that the men have wolves with which they share a mind link. Ritter is responsible for security at a conference of European wizards in Schloss Greiffenhorst on a snowy mountaintop in the Riphean Mountains. On the third day of the conclave, Sir Toby Willoughby-Quirke barrels into Ritter, knocking him flat, then politely introduces himself. Sir Toby soon sets up a military demonstration using a platoon of two-inch high toy soldiers, who march in formation and display their shooting abilities, then disappear into the walls of the castle, ostensibly to hunt down rats and mice. But the miniature soldiers aren’t what they seem to be, and neither is the boisterous Sir Toby.” –  Tadiana at GoodReads

Swanwick Comments: You should at least skim this story, because so many of the series’ ground rules are contained within it.

The Mongolian Wizard has invaded Poland. Ritter and Sir Toby are called to Buckingham Palace to investigate the spontaneous combustion of Queen Titania when she donned a gown woven from salamander’s hair – an act meant to incapacitate King Oberon at the onset of war. Ritter meets the dressmaker’s daughter, the (his words) Jewess Shulamith Rosenberg. Together, they discover that her father has been murdered, and that the saboteur has left behind a box containing thousands of of plague fleas. Ritter deliberately ignites a bolt of salamander cloth to destroy them, expecting to die. He survives, thanks in part to actions by his new wolf, Freki. Shulamith, however, dies. When he has recovered enough to return to his empty apartment, he brings with him a crayon portrait of her, hangs it on the wall, and bursts into tears.

Swanwick Comments: Ritter, though he does not realize it, is a proto-Nazi who has had the good fortune not to fall under evil influences. His idealization of Ms Rosenberg is the first suggestion that he may grow out of his limitations and also a clue that he is unknowingly seeking love. The entire series chronicles his struggle to not lose his soul.

Set during the Phony War. Mudlarks – children who scrounge in the tidal mud for scrap metal – witnessed and reported a chest deliberately sunk in the Thames. It contained kraken eggs which, when hatched, would render the port unusable. Though this was recovered, the saboteurs kidnapped five children, all girls, and the locales of these crimes form an inverted pentagram, suggesting they mean to perform human sacrifice. (Though magic works in this series, demonism does not.) Evidence had been left behind suggesting that the crimes were committed by Catholics – the saboteurs’ intent, obviously, is to cause religious strife.

Ritter and Freki tracked the saboteurs to an unused priory, but were captured. Held captive with the little girls, Ritter calmed them down by telling stories about Freki and getting them to pretend they too were wolves. Then, though it was strictly illegal, he entered the children’s minds and “launched his small wolves,snarling and biting straight at the throats of the three startled saboteurs.”

Understandably, the girls’ parents are outraged at how they were rescued, and Sir Toby scolds Ritter. Ritter “accidentally,” leaves some pasties where mudlarks will steal them.

Swanwick Comments: There is usually banter between Ritter and Sir Toby, who finds his stuffiness humorous. From this story, for example:

“I have an excellent sense of humor,” Ritter said indignantly.

“Have you really? I must remember to have you tell a joke someday in order to test this hypothesis.”

However, Sir Toby also feels that Ritter is insufficiently ruthless, and is constantly trying to mold him into a man without conscience. He is simultaneously a humanizing and a dehumanizing influence on Ritter.

Two vagrants travel across Germany in bleakest winter. One asks questions which the second evades. Until finally Ritter puts together inconsistencies in the situation and forcibly awakens himself from a dream. He has been captured and is undergoing dream therapy by two of the Mongolian Wizard’s alienists. Through induced illusions, bit by bit, they gain information from him. But so far not the two things they desire most: The purpose of his mission and the identity of his traveling companion. So, unexpectedly, they release Ritter. He walks for hour after hour until finally, on the edge of exhaustion, he arrives at the farmhouse where he was being held captive. He has been shown that there is no hope. Later, he is given a vision of himself, back in London, killing Sir Toby, and realizes this is their ultimate intent.

He has only one advantage: Freki is still out in the cold, and they think him a man and not a wolf. Ritter calls Freki to him and takes advantage of the distraction to kill his tormentors.

Then he continues on to his meeting-place where, after a long wait in an open place as described in the play, his contact appears. Extending his hand, Ritter says, “The wizard Godot, I presume?”

Swanwick Comments: Commonly, a new psychic power is introduced in each story. This story is so far unique in not introducing a new magical creature.

This has been the most popular story of the series, I believe.

The Mongolian Wizard has invaded France. Fighting is fierce. On the eve of a battle, Ritter is at an aristocratic party when he is summoned by Sir Toby to the headquarters of Marechal de Camp Martel, who has been murdered and whose power is to instill absolute loyalty upon his troops and everyone he encounters. On impulse, he brings with him Lady Angelique de la Fontaine, a psychic surgeon with whom he had been flirting.

Working together, Ritter and Lady Angelique discover that, while indispensable to the French army, the Marechal was a loathsome human being, hated by the only three suspects: his valet, his aide, and his underage mistress. The murder, they find, was committed by his abused mistress who turned upon him. But before the others are released Ritter reveals that the valet is a creature of the Mongolian Wizard who will, if released, spread the news that the irresistible Marchal is dead. The aide is allowed to kill him and the battle the next morning will be fought by soldiers under the illusion that they are still led by a man who never loses.

Swanwick Comments: Many of the names in this series refer to classical fantasy. For example, de la Fontaine was the great French fantasist. In “The Phantom of the Maze,” Alice Hargreaves was the married name of Lewis Carroll’s Alice.

Freki is always an indispensable part of Ritter’s investigations, usually due to his superior range of senses, particularly smell, but occasionally as muscle. So there are in each story three indispensable characters: Ritter, Sir Toby, and Freki. Sir Toby’s part is usually small but always important.

A blind Swiss commercial traveler in chemicals comes to Krakow, accompanied by his seeing-eye wolf. Ritter, of course. He is shown the first pyramid of Krakow (more are to be built), atop which human sacrifices are made in great number in order to traumatize witnessing devotees into their potential powers. This is the source of the Mongolian Wizard’s seemingly endless supply of magicians. Ritter is identified as a spy but Kaska, a secretary, turns out to be a Polish freedom fighter. He sets fire to the Royal Palace and throws a young fool (exactly like his younger self but on the wrong side) to the enemy. Ultimately, he is saved from a witch-finder when Kaska feeds the man to the gargoyles.

When Sir Toby gets Ritter’s report, he receives it as moral permission to take actions he had previously considered too immoral to dangerous. The story ends on this unhappy premonition.

Swanwick Comments: Here I introduce the Holocaust into the mix. Ritter has been increasingly reluctant to play Sir Toby’s game. Now he sees here is no morally acceptable alternative. Yet he is aware of the evil he is agreeing to.

Though there is no romantic element to this story, Kaska will reappear. She and Angelique are to become Ritter’s two great loves. At least one of them will not survive the war.

The war begins as a conventional Napoleonic-era war and will conclude as something very like World War II.

This is set in Bletchley Park, though the name never appears in the story. Young women work at scrying the future, drawing detailed diagrams of future weapons technology to be employed in the war. One of these women has been murdered at midnight at the center of the hedge maze on the day of her arrival. Since she knew no one there, Ritter is sent to discover if it is the work of saboteurs.

The murder turns out to be a crime of passion. The victim, Alice Hargreaves, arrived knowing she would have a passionate affair with the Director, a serial philanderer. She was killed by the Director’s current lover, who foresaw this affair. However, in the course of investigation strange things happen. A bird appears and disappears inside a closed room. Ritter has a discussion with the murdered woman. In a confrontation with the Director, the man is killed and then restored to life. The intensive alterations to the time frame have destabilized reality locally. It is entirely possible that over the long run it will destabilize reality throughout Europe.

Ritter promises to have the institute closed down. But the Director has foreseen this and produces a letter from Sir Toby saying it will not be. As Ritter leaves, a woman rides up on a horse:

“Hello,” she said. “My name is Alice Hargreaves.”

“I know who you are,” Ritter replied, “and I am afraid that there is nothing here for you.”

Swanwick Comments: This concludes the first third of the series (there should be 21 stories in all) and finishes establishing the ground rules. From this point on, the conflict will be a war pitting technology against magic.