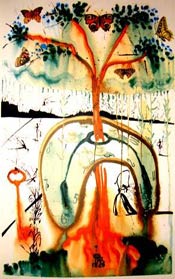 Of interest to fans —

13. The Velveteen Rabbit by Margery Williams – $15,950
Published in 1922, first US edition of one of the first modern picture books for children.

16. Dune by Frank Herbert – $15,000
Signed first edition published in 1965 by Chilton. This copy was complete with the first issue dust jacket and the $5.95 price on the front flap.

About the last item AbeBooks adds —

The spell-books, or grimoires to give them the correct Wiccan name, are particularly interesting as they are cursed. We have not heard from the buyer since the purchase – and that could be good or bad. The opening page of the first one is inscribed with the warning:

“To those not of the craft – the reading of this book is forbidden! Proceed no further or justice will exact a swift and terrible retribution – and you will surely suffer at the hand of the craft.”

AbeBooks’ exhibit of Penguin book covers begins with this line of praise: “One of the many reasons Penguin has been so successful over the years involves its history of creating fantastic book covers.”

I had to laugh – most Penguin covers look to me like high school art projects made with ten cents worth of clipart.

Not that I’m condemning the publisher. I always considered that one source of the savings being passed along to me when I purchased these inexpensive editions.

Besides, if I put any Penguin cover next to an old Gollancz edition – well, it does looks pretty good. 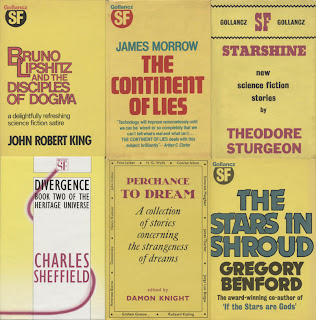