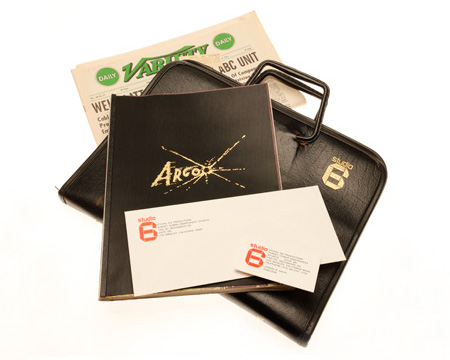 Oscar handicappers are calling Argo the best bet to win the Academy Award since it captured Best Picture at the SAG Awards:

As the last cup is drained at the SAGs, and a big awards weekend comes to a close, "Argo" emerges as a stronger frontrunner than even Affleck imagined, given his stunned walk up to the stage with his joyous ensemble.

That makes three times now Argo has beaten the field — at the Golden Globes, and the Producers Guild of America and Screen Actors Guild awards.

Which also means it’s time for haters to get busy, right? Like Slate’s Kevin B. Lee who says the emperor has no clothes:

Now that Ben Affleck’s Iran hostage drama Argo has garnered seven Oscar nominations to add to its mantle, upon which already sit $110 million in domestic box office, near unanimous acclaim from critics, and even a whisper campaign for Affleck to run for John Kerry’s soon-to-be vacated Senate seat, it needs to be said: Argo is a fraud.

Lee tells in detail why Argo is offensive to Iranians, historians and, undoubtedly, Iranian historians. Then Lee goes straight for the film’s Hollywood jugular —

Argo is ostensibly about how a fake movie saves lives, and thus about the redemptive power of movies at large. But since it’s about a fake movie, it’s not really about moviemaking—it’s about the power of Hollywood bullshit. Instead of a real filmmaker, we get Alan Arkin’s wise-guy hack producer dispensing chestnuts over how to create hype and attention to make it seem like a film is important— lessons Argo’s promoters no doubt took to heart.

I don’t share many of Lee’s objections to the movie that are principally complaints about what American popular culture is willing to accept. They are not problems with Argo taken on its own merits.

But I do wonder why my personal favorite, Lincoln, is losing to Argo, which I truly enjoyed though don’t feel it is in the same league as Spielberg’s project. Lee’s comments about Hollywood reinforce my suspicions that the movie industry is really congratulating itself with these Best Picture awards.