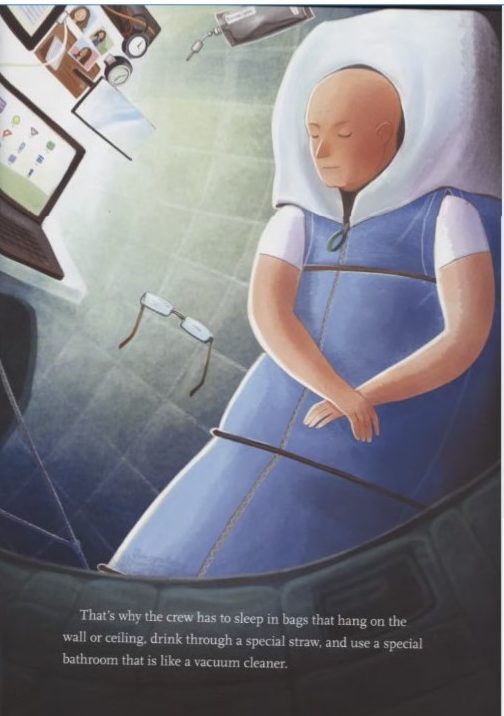 By John Hertz:  Those words always remind me of Rod Serling and The Twilight Zone. Now in Electronicland it may be easier to find than when originally broadcast.

I submit for your consideration Scott Kelly and André Ceolin’s book My Journey to the Stars. I’m nominating it in the Hugos for Related Work.

This is the aimed-at-children version of Kelly’s near-year on the International Space Station (we have a Space Station!), illustrated with both photographs and Ceolin’s pictures.  Kelly’s aimed-at-adults version Endurance is good too, but Journey’s my nominee.

Scott Kelly and his identical-twin brother Mark joined the U.S. Nat’l Aeronautics & Space Adm’n in the same year, the only twins in NASA history.  One on Earth, one in Space, was part of this mission.

At the end of last month – the very end, January 31st – while I was a third of the way through Endurance, I reported in Vanamonde 1286 (Van is only on paper, links added here):

“Of course you need a gorilla suit,” Mark says (p. 219, in the large-print edition, which is what I could get).

Its launching rocket explodes, but – this is ahead of where I am in the book – another is sent, upon arrival captured with a robot arm (p. 498) by Kjell (pronounced “chell”) Lindgren, who also while at the Station 22 Jul – 11 Dec 15 was a long-distance Guest of Honor of Sasquan the 73rd World Science Fiction Convention, presenting the Hugo Award for Best Novel by video.

Endurance doesn’t mention the Hugo (to which Our Gracious Host commented “the noive!”, presumably not to express an opinion about the NERVA), but since it does include the gorilla suit a case could be made that it shows a sense of proportion.  Neither book mentions Heinlein’s Time for the Stars.

Endurance had the help of Margaret Lazarus Dean; Journey, Emily Easton.  Scott says he came home from the Station with 500,000 photographs.  Journey has forty, with a dozen photo credits beside his.

Scott calls Mark his perfect copy – on the 5th page of Journey (the pages aren’t numbered), under four photos of them at various ages dressed and acting – almost – identically.  By the fourth photo they’re both adults; they both have shaved heads; Mark has a mustache; their insignia – and faces – are different.

By the 16th page Mom has decided to become a police officer; the 17th shows Scott pretending to be hurt so she can practice dragging him to safety.  On the 19th they’re doing that in a photo.

Ceolin is very sparing in detail.  I was about to say “like cartoons” but some cartoons spare almost nothing.  What is realism?

Journey starts at the end.

It’s been 340 days since I set foot on Earth.  I’ve spent almost a full year living and working on the International Space Station (ISS).  It’s the hardest thing I’ve ever done.

I miss fresh air and the feel of rain on my face.  I miss hugging my daughters and my girlfriend, Amiko.

At last, it’s time to get into the spaceship that will take me home.

We see these photos because a spacesuited hand is holding them.  Why a suit?  He wears it, not on the Station, but to and from.  He’s on his way home.

In another story the King of Hearts tells the White Rabbit “Begin at the beginning, and go on till you come to the end: then stop.” Almost nothing happens there that isn’t some kind of joke.  The author probably knew the Roman poet Horace said in praise of Homer “He snatches the reader into the midst of the action”; maybe also knew the Greek historian Polybius said  “The cause or purpose is the first origin of all, the beginning coming last.”

One-quarter of Journey has Scott on the Station.

The four-twins-photos page takes us to their childhood.  In one of the photos each boy is holding a fish; on the next page Ceolin shows them fishing.  The water runs under the photos, and behind the text, on the previous page.

Eighteen pages later they’re test pilots in the Navy.  After that, and joining NASA, they each fly into Space four times.

Scott’s long term on the Station is part of NASA planning for Mars.  That trip will call for longer in Space than human beings have ever been.  Scott tests his brain, blood, eyes, muscles, and bones.  Mark on Earth does the same tests.

Scott and his crew run four hundred experiments.  Some are on the crew.  Some are on mice.  Some are flowers and lettuce.  This is the first crew to eat fresh vegetables grown on the Station.

When he does finally get home he walks straight to his swimming pool and jumps in with all his clothes on.

I could have put in how he was a terrible student until he read The Right Stuff, how his parents fought but his Dad helped his Mom train for the police, and how Mark got hit by a car but when he came back from the hospital Scott thought Mark had the better deal.

I could have put in a love poem from Amiko to Scott which is in Endurance along with chocolate and horse milk.

In another story Polynesia the parrot asks Tommy Stubbins “Are you a good noticer?”  I think Journey, by design or instinct or both, an immensely – can’t measure it –  subtle book.  Its parts complement, correspond, connect.

P.S.  I have two more recommendations: Greg Benford’s novel The Berlin Project which I think extraordinary, and Larry Niven’s short story “By the Red Giant’s Light” (Nov-Dec Fantasy & Science Fiction)  which I think a masterwork.  Niven is a pointillist.  He paints dots of bright color and leaves us to see the whole. 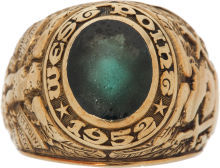 Taral comments, “It’s a bit premature, but possibly Canada will have an astronaut as a Prime Minister, someday. How cool would that be?”

However, the media reports up to seven others are vying for the post being vacated by the incumbent, including a son of the late Canadian PM Pierre Trudeau. A new party leader will be chosen in April.