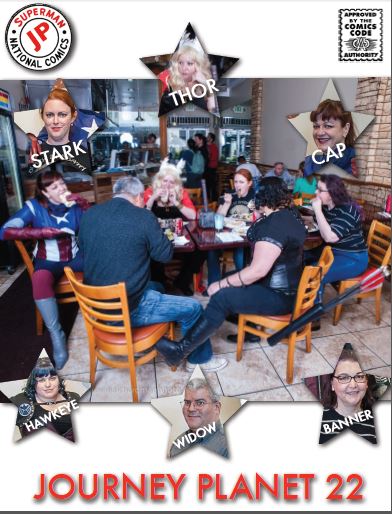 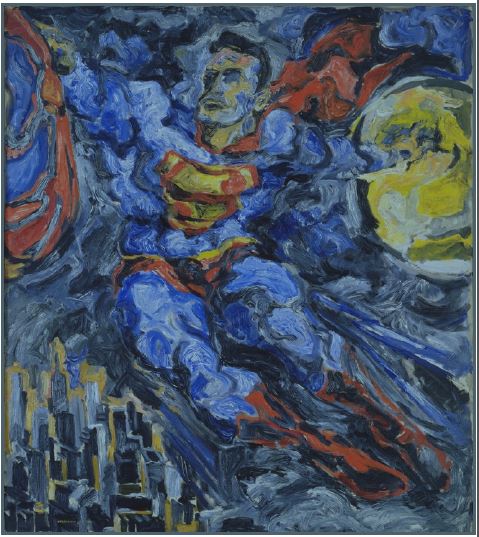 By John Hertz: Juanita Coulson won the election of a 2014 Down Under Fan Fund delegate. DUFF will send her to Continuum X, the 53rd Australia national convention, Melbourne, 6-9 June (and, as is apparently needful to say, bring her home too), with such further fannish travel as can be managed.

Founded in 1972, and supported by contributions from all over the world, DUFF sends a delegate from North America to Australia – New Zealand, or the other way, in alternating years.  If the World Science Fiction Convention is on the receiving side, the delegate goes there. The 2014 Worldcon is in the United Kingdom, Loncon 3. Coulson lives in London, Ohio.

Nominations were accepted until midnight 6 Jan 14 Pacific Standard Time, votes until midnight 31 Mar Pacific Daylight Time. Votes could be cast on paper or by electronic mail. Anyone could vote who was active in fandom on or before 1 Jan 14, i.e. a natural person involved in fannish pursuits in our community, such as participation in clubs or conventions or fanzines, singing, costuming, social life, physically, electronically, or otherwise. Votes had to be accompanied by a donation of at least $5 Australian, Canadian, United States, or $7 New Zealand.

DUFF uses the preferential system of balloting, which yields an automatic runoff if needed and assures a majority win. The voter ranks choices in order of preference, e.g. 1, 2, 3. If there is no absolute majority for one choice after a first count of votes, first-place votes for the lowest-ranking choice are dropped and the second-place votes on those ballots are assigned to the choices named. This goes on until one choice has a majority. It can therefore be important to vote preferences other than first place, although this is not required.

Coulson beat Aurora Celeste, of Norristown, Pennsylvania, 42-24 on first-place preferences. There were 6 No Preference votes.

Sixteen NA and ten ANZ votes were cast electronically, about 1/3.

To this I as NA Administrator added: “Best in Show at last two Worldcon Masquerades (Chicon VII, Lonestarcon III); judges’ clerk at Renovation; Director at Costume-Con XXVIII & XXXI, judge too (no small task that) at XXVIII, MC at XXV; awards at Archon, Arisia, Animé St. Louis. Costume programming for Lonestarcon III. Upon hearing of fanzines promptly contributed to The Drink Tank 358.”

Coulson’s platform: “Have done fanzines, filksinging, pro writing. Happy to make friends and break stereotypes. Now in London, ready for Melbourne. Love to bring back opal. May illustrate own trip report. Taught Devra Langsam to hand-cut mimeo stencils, kept my styli which make nice kitchen tools. Sang at Old Ship Inn after Regency Dancing at Brighton Worldcon; lucky some Scots who’d heard Filthy Pierre in hotel bar sing unwise verse of ‘God Save the Queen’ arrived then and realized no murder needed. Very fond of rum-pots, crack-pots, and how are you, Mr. Wilson?”

By John Hertz: Nominations have closed and voting is open for the 2014 Down Under Fan Fund delegate.

DUFF annually sends fans between North America and Australia – New Zealand, alternating directions each time. This year’s delegate goes west. Nominations were accepted until midnight Pacific Standard Time January 6. Three NA nominators and two ANZ nominators were required for each candidate, also a written platform of about 100 words and a donation of at least US$25 or C$ equivalent.

No candidates said they could attend both the 53rd Australia national convention Continuum X, Melbourne, June 6-9, and the 35th New Zealand natcon Conclave II, Auckland 24-27 April. The 2014 delegate will be sent to Continuum X. Candidates hoped to visit NZ also if elected, as DUFF will attempt.

The ballot has our two candidates Aurora Celeste and Juanita Coulson, each interesting in different ways, nominators and platforms likewise. Look them over.

Votes will be accepted until midnight Pacific Standard Time March 31, 2014, and must be accompanied by a donation of at least $5 Australian, Canadian, United States, or $7 New Zealand.

As the ballot explains, it may be sent by paper mail or PayPal, and must include the voter’s name, paper-mail address, and any further needed contact information. Paper ballots must be signed. Voters who think they may not be known to an Administrator should include the name and contact information of someone who knows them and who will be known.

Anyone active in fandom on or before January 1, 2014 may vote. “Active in fandom” means a natural person involved in fannish pursuits in our community, such as participation in clubs or conventions or fanzines, singing, costuming, social life, physically, electronically, or otherwise.

DUFF is supported by donations. If you can’t or don’t care to choose between the candidates you can always vote “No Preference”.