But we’re smart! I hear you say. Sure, that’s true, but does it then follow that a) we’re smart enough not to basically kill ourselves by wrecking the planet, b) that our intelligence means that evolution is done with us. The answers here, if you ask me (and you did) are: We’ll see, and probably not. In the latter case, there’s an argument to be made that our intelligence will increase speciation, as humans intentionally do to our species what natural selection did unintentionally before, and do it on a much shorter timescale, in order to adapt to the world that is currently rapidly changing under our feet, in no small part because of our own activities.

So, no. Human beings, meaning Homo sapiens, will almost certainly not be here a billion years from now.

(2) LASFS SPEAKERS. Three big names will be guest speakers at the Los Angeles Science Fantasy Society in the coming weeks.

It is with great sadness to announce that Millennicon 30 was our last. We tried our best to keep going but all good things must come to an end. We wanted to go out with a good con, and I think we did.

We were hoping for a higher attendance and hotel room nights, but alas, it was not to be.

We hope you have enjoyed yourself over the years and remember us with fondness. We, the con-com, became a family through Millennicon. Many of you were also a part of our family.

(5) TAXING MATTERS. At the SFWA blog, the issue that is every tax auditor’s nightmare is covered in “Ask the Tax Czarina: Hobby or Business?”

Q: Is my writing is a hobby or a business?

A: There are a number of factors the IRS looks at. The most important factor is whether or not you have a profit motive. You are not in a trade or business unless you intend to make a profit and have some sort of plan for how you’ll accomplish that. Note that this doesn’t mean you must make a profit. Lots of small businesses fail. But the burden of proof here is on the taxpayer. If you’re losing money, the IRS may assert that you’re engaging in a hobby, especially if you only do it part-time or your primary support comes from another source.

So, wow. That sounds subjective, doesn’t it? Why yes, yes it is. It’s a facts and circumstances test and can be highly individual.

(6) AMAZON LANDS DOCTOR WHO. Amazon Prime, which is replacing Netflix and Hulu as online video streamer, will initiate service this month reports Variety.

The man that stops the monsters is back! Seasons 1-8 of Doctor Who will be exclusively available to stream on Amazon Video starting March 27, with Season 9 coming on September 6 2016 and ‘The Husbands of River Song’ following on September 25. Fantastic!

(7) NUSSBAUM’S FAVORITES. Abigail Nussbaum is back with “The 2016 Hugo Awards: My Hugo Ballot, Publishing and Fan Categories”. Here’s just one example –

(8) POLL WORKER. George R.R. Martin works to get out the vote in “Countdown to Liftoff”, which rounds up links to his Hugo recommendation posts, plus a few late additions:

I did overlook some good choices even in the categories I covered. Naomi Novik’s UPROOTED is her best work to date, a very strong fantasy (though I had problems with the ending) and probably worth a nomination in Novel. I forgot about EX MACHINA when talking about Long Form Drama, but it’s a gripping and well done film, worthy of consideration. I recommended OUTLANDER for Short Form Drama, but it should be noted that the first season was telecast in two eight-episode arcs, and only the second eight are eligible, as the first eight were broadcast in 2014. I think JONATHAN STRANGE AND MR. NORRELL should be nominated in Long Form as a whole, rather than in Short Form, by episode, but others disagree.

(9) A PIUS GEEK. In case you’re not getting enough of this, Declan Finn goes 15 rounds with Damien G. Walter, a bit of overkill, since he stretches Damien on the deck in the first round.

The level of stupid maybe be getting to me.  The Puppy Kickers — like Damien — seem to be going full on insane.  They’ve apparently decided that they can just spew insults, and it’s reality. Wright will never be a pro writer again because they hate him, and anyone they hate must be blackballed. Brad and Larry are demagogues, because Damien said so — and they “ran away” because Brad and Larry didn’t want to play with this crap anymore.

Then again, these ARE the same people that insist that Brad ran away to the Middle East, because being shot at was preferable to standing up to the great and powerful Puppy Kickers. Yes, there are some idiots who’ve actually stated this, online. In public.

See what I mean about the stupid? It burns a LOT.

Damien doesn’t even seem to consider that, had more of his friends came to play at the SP4 site, they could have taken over the list entirely. But that would have meant engaging with people who disagree with him.

(10) LISTING TO STARBOARD. Font Folly leads off its roundup “Keymasters and Gatekeepers” with this comment —

So the Sad Puppies have officially released their recommendation list. Yes, I said list, not slate. Last year’s was a slate because there were exactly five “suggestions” in each category and the puppy supporters were encouraged to vote the exact slate (whether they had actually read the stories or not) in order to ensure that they had whole categories locked up. This year different people are in charge of the Sad Puppy campaign, and they gathered a big list after taking recommendations for months. In all of the fiction categories, at least, there are more than five recommendations, so you can’t slate vote it.

A few other people have written about this year’s list. In sad puppies 4: the… better behaving?, Dara Korra’ti says a lot of what I was thinking when I saw the list. I’m glad that the Sad Puppies have taken a more transparent approach. I’m glad that the list isn’t dominated by stories published in only one very small publication house owned by one of the organizers. I’m really glad that three of the recommendations in a single category are not by the same author. I am willing to give them the benefit of the doubt that the people running it this year are sincerely trying to do no more than get more of the works they like on the ballot, rather than push a political agenda. I’ve never objected to recommendation lists no matter who makes those recommendations.

(11) TO REMOVE OR NOT TO REMOVE. Kate Paulk has placed asterisks beside two works on “The List” at Sad Puppies 4 whose authors asked to have them removed altogether. And did so with a characteristic Paulkian turn of phrase.

No corrections have been made yet: I’m still catching up from Lunacon. I’ll note the edits at the top of the page when I make them. The Mad Genius Club post will NOT be edited so my typos and miscategorizations will remain there for all posterity. Or posterior, which I suspect is the more apt way to put it.

In comments on “The List” at Mad Genius Club Paulk made this response:

I will not insult those who consider your novella to be Hugo-worthy by removing you from the List. I will, however, be updating the version of this post at http://sadpuppies4.org/the-list/ to note that you prefer that your work not be purchased, enjoyed, and nominated without your prior approval.

Hello Kate. You’re welcome to do that, of course, but it does not represent my position. Nonetheless thank you for publishing my comment and I wish you all the best.

(12) SCALZI COMMENTS. John Scalzi has been following the news.

Apparently some folks are confused why I don't want to be associated with a group who spent a couple of years saying I was talentless scum.

(13) GODWIN IS HOLDING ON LINE TWO. Jim C. Hines weighs in on Twitter.

Thank you Sarah Hoyt for demonstrating why some authors might not want to be associated with your Sad Puppies list. pic.twitter.com/kFv0vKkjbP

(14) LOL. If for some reason you’re unhappy being recommended by the Bay Area Science Fiction Association, Kevin’s your man.

(15) GOOD FORM. Rachael Acks’ handy guide to “Reasons why I will not be replying to your argument”. Here is item #4 from a list of 17.

4. You have thus far done such a good job at arguing with straw man conceptions of my words that I’ve come to realize my input is entirely superfluous. Please feel free to continue this argument without me.

In the blog post’s comments, Hoyt explained the current plan was to put an asterisk next to the names of those who asked to be removed—which prompted chuckles from other Puppies, in reference to the controversy of last year’s Hugo Awards ceremony that involved the handing out of laser-cut wooden asterisks to every winner that year.

[Thanks to John King Tarpinian for some of these stories. Title credit goes to File 770 contributing editor of the day RedWombat.]

Kevin Standlee is happily looking forward to this weekend when he takes the California Zephyr to Chicon 7 in the the company of a group of fans including Chris Garcia, Lisa Deutsch Harrigan, and España Sheriff.

Standlee says so many of the fans going on the trip are members of the Bay Area Science Fiction Association that they’ll convene a club meeting on board the train Monday evening. BASFA Vice-President Chris Garcia will preside. 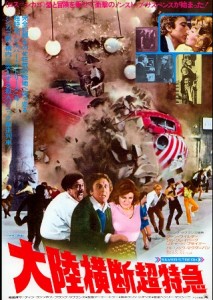 BASFA goes to the Worldcon.

The Bay Area Science Fiction Association is celebrating its 1000th meeting tonight, October 4, the Doubletree’s Quiet Bar during SiliCon. The event is about to start as I post this…