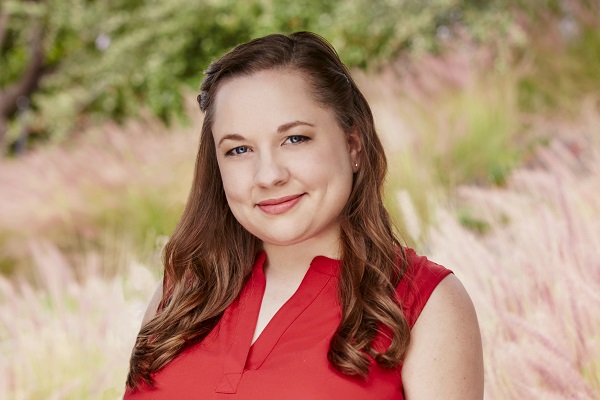 CARL SLAUGHTER: What was the inspiration for the Beauty’s Beast series?

E. D. WALKER: I wrote the first book The Beauty’s Beast several years ago, and that story was inspired by Marie de France’s “Bisclavret” poem. I had a lot of fun writing that book, doing my own riff on the story and throwing in some fairy tale elements as well. I’d always planned for that book to be a standalone, but then readers loved it so much I started to think about what I would do if I were to write a sequel. Once I started brainstorming, I ended up having almost a dozen ideas for further books with the same characters. I wrote two of those stories last year, and I’m planning more over the next few years. The next two stories in the series are finished and out this year in July and August. 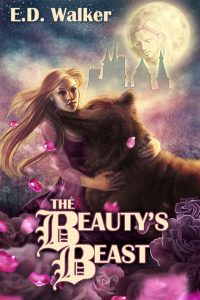 CS: What was the inspiration for each story?

EDW: One of the characters in the series is loosely based on Eleanor of Aquitaine, and I was reading several biographies about her as general research. Enchanting the King came about after reading lots of stuff on Eleanor’s time on crusade in the Holy Land. I wanted to write my own version of those events, but with my characters and set in my secondary fantasy world. Enchanting the King is also my riff on the Sleeping Beauty fairy tale, so I ended up combining elements of the fairy tale with events inspired by history. Writing this novel was challenging and fun.

The Changeling Child is a novella redeeming one of the slightly villainous characters from the first novel, and Changeling tackles actual fairy stories as my heroine finds herself squaring up against a local contingent of Fair Folk terrorizing her village. I’ve always loved folklore and fairy mythology, and I’ve wanted to write a story with a changeling baby forever.

CS: How many more stories will there be the series? What’s the publishing schedule?

EDW: I don’t have a set number in mind. I have almost a dozen ideas for stories right now, and I’ll keep writing them as long as they’re fun and the readers enjoy them. The next two stories have firm release dates, though:

CS: Have you settled on a plot/inspiration for future stories? Can you give us a sneak peek?

EDW: As far as future stories, well, the story ideas I have for the series are almost infinite (and I’m getting more ideas all the time), but I’m planning to start work on a fourth book later this year. That one will probably be a bridge between The Beauty’s Beast and its prequel Enchanting the King. I also have ideas for my own takes on Cinderella and Robin Hood that I’m dying to write, but those are a little way off still.

CS: Why use Greek mythology in Heir to the Underworld?

EDW: I grew up reading a Favorite Greek Myths book from Dover. It was my favorite book to check out in elementary school, and that started a lifelong love of mythology and folktales. Heir to the Underworld was my second book, and I was dying to write something that played with ancient pantheons. I’ve always loved stories that had gods walking among us bickering and cracking jokes. Witty banter and phenomenal cosmic powers.

CS: Will Heir to the Underworld become a series?

EDW: I don’t have any plans to write more books set in that world at this time, but I always reserve the right to change my mind if I get a great idea. 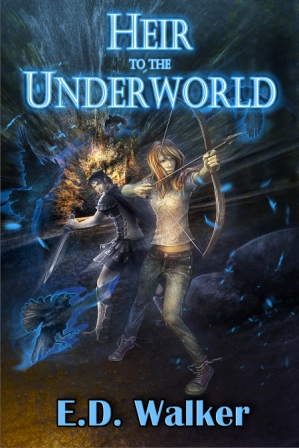 CS: How many stories will the Much Ado About Love series have?  What’s the publishing schedule?

EDW: At the moment the plan is 3-5 books, but again if I’m having fun and the readers like them I can see myself writing more. I love the theater company in the series, and the cast of characters. I’m working on Book 2 right now, but it doesn’t have a publication date yet.

CS: Will each story be based on a Shakespeare play? Which plays?

EDW: I will probably do a mix with some books set around a Shakespeare play and some set around musicals or fictional plays I’ve made up. It all depends on what the plot demands. I’ve got ideas for a Much Ado About Nothing story and As You Like It so far.

CS: This was fun. Thank you so much for the interview.