The winner of the inaugural Salam Award for Imaginative Fiction was announced September 27. The new short story award is intended to “promote science fiction and related genres of writing in Pakistan.”

The two other finalists were:

The Salam Award for Imaginative Fiction is named for Dr. Albus Salam, one of the pioneers of science in Pakistan. 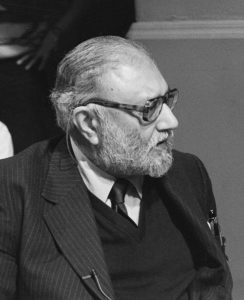 Eligible for consideration were original, previously unpublished English-language stories of 10,000 words or less by persons residing in Pakistan, or of Pakistani birth/descent. The initial award announcement said the winner will receive a cash prize of Rs 50,000, a review by an established literary agent, a review from a professional editor, with the potential for publication by Tor.com.

Malik wrote after the winner was announced, “We received a robust number of entries and were quite impressed by the quality of the longlist we ended up with. The stories were blinded (none of the judges knew the names or genders of the writers).”

Next year’s editor and agent reviewers will be Diana Pho of Tor and Jennie Goloboy of Red Sofa Literary respectively. The judges for 2018 will be announced later this year.