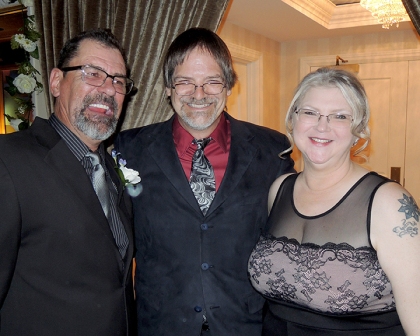 Nic Farey married Jennifer AlLee on February 29 in the social event of the season. Of my season, for sure.

Nic invited me to the wedding during a Facebook chat. I was pleased to be asked. And glad of a chance to visit with Vegas fans I rarely see. Nic, however, thinking I needed to be sold on a journalistic reason to go, offered, “You can be the embedded correspondent.” That’s what they call those reporters who follow the military into action, of course, and I doubted that was a good title for somebody attending a wedding. Nic saw my point. He said instead I could be the War Correspondent.

Your War Correspondent stayed at the Green Valley Resort in Henderson, and on Leap Day a little before 6 p.m. I found Nic and his friends finishing a last-minute smoke outside the entry to the hotel wing. Nic led the way to the elevator.

The ceremony was in a beautiful suite upstairs. The middle of the living room had been cleared out, with two rows of sofas, chairs and ottomans against the window overlooking the pool for the guests. I sat beside Rani Bush. De De White, on my right, filled me about what her husband Alan, the official wedding photographer, was shooting. (Small world: I wrote up Alan and De De’s wedding in File 770 when they were the first couple to be married in the newly-opened Excalibur hotel’s wedding chapel.)

Beside us was a baby grand piano. On top was a mountain of gifts wrapped in white with purple ribbon – for everyone had carefully followed the suggestion to buy something in the couple’s Bed, Bath & Beyond registry.

As Nic and best man Ken Vaden looked on, matron of honor Lisa Richardson and the bride, Jen, entered the room.

Roy Hessinger officiated over the ceremony. When Nic and Jen exchanged vows, Nic’s “I DO!” could be heard at the pool six floors below.

They exchanged rings. Jen’s went on smoothly. Nic’s proved to fit better on a pinky than on his ring finger.

Following a Scottish tradition they shared a drink from a large cup.

As they were speaking the very last words of the ceremony there was a knock at the door. The videographers had just arrived…. 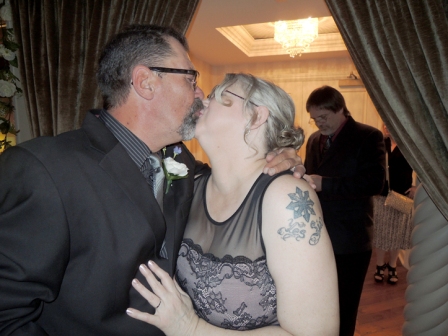 Alan White took pictures of Nic and Jen holding their certificate. Then the couple had the first dance. The music was carefully chosen and Nic says he whispered some “At Last” lyrics into Jen’s ear as they danced.

The reception followed. Toasts were raised.

The best man offered a short speech: “That was it.”

Jennifer’s son, William Allee, made a slightly longer speech, first praising his mother, then teasing the groom. “And then there’s Nic – he has a very strong personality. ….Can overcome that nobody has any idea what he’s saying. ..Nic, I have nothing but the utmost respect for you…” 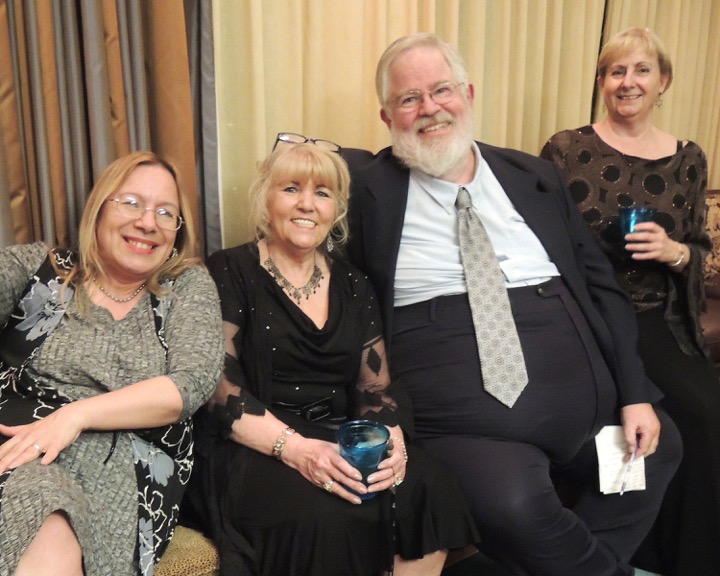 Then the mingling began. I had fun talking with Nic, Brenda Dupont, Teresa Cochran and James Taylor, and Jacq Monahan, past TAFF delegate and Cineholics film reviewer (her review of The Witch went up last week.) 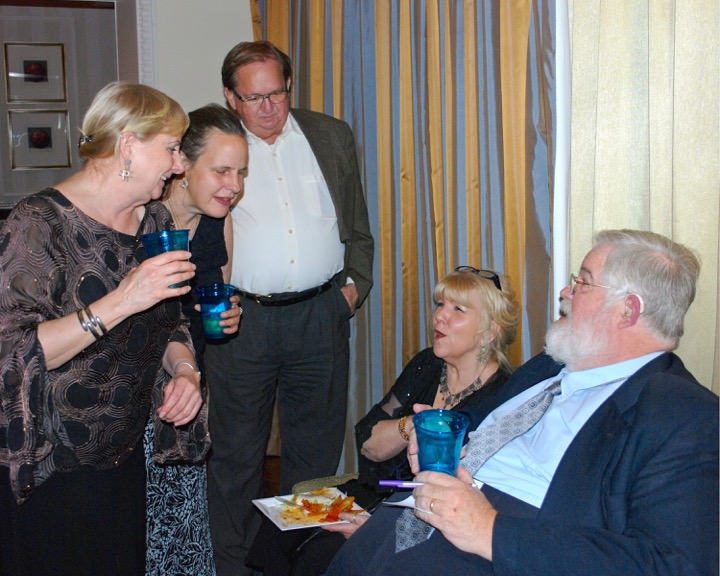 Eventually I noticed I was one of the last people still there. Others had figured out the honeymoon couldn’t begin til they were gone. And having made a point of being only the War Correspondent, I sounded retreat and followed them out the door…