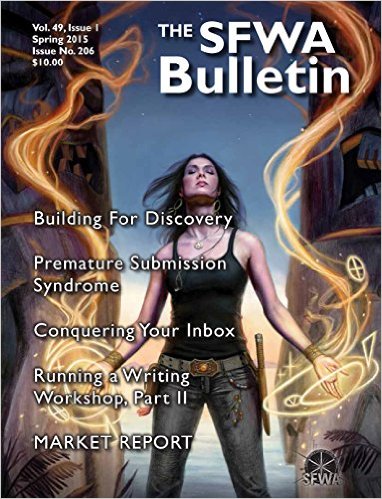 The Spring 2015 issue of the SFWA Bulletin published by the Science Fiction and Fantasy Writers of America is now available in a Kindle edition from Amazon for $2.99.

The features in the current issue are: 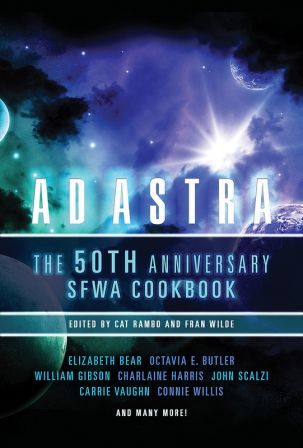 Also now available from Amazon is Ad Astra: The 50th Anniversary SFWA Cookbook edited by Cat Rambo and Fran Wilde.  From Alien Scones to At the Fruitcake of Madness, DOOM Cookies, Falling Cloud Cake, and Miss Murder’s Black Forest Trifle, there are 157 dishes and how-tos from 134 writers, editors and agents. The Kindle edition is $9.99, the spiral-bound paper edition is $19.95.

Of course, that’s not all he’s done — unlike most faneditors (myself included) he also has a considerable pro resume.

John Klima previously worked at Asimov’s, Analog, and Tor Books before returning to school to earn his Master’s in Library and Information Science. He now works full time as the assistant director of a large public library. John edited and published the Hugo Award-winning genre zine Electric Velocipede from 2001 to 2013. The magazine was also a four-time nominee for the World Fantasy Award and recipient of the Tiptree Honor List for one of its stories.

This is a timely opportunity for Klima, who recently shuttered Electric Velocipede.

John Klima’s Electric Velocipede, which won the 2009 Best Fanzine Hugo and then declared itself a semiprozine, will cease publication with the current issue, number 27.

Klima explained in his editorial “A Remembrance of the Future” that he has been unable to pay off debt accumulated from past issues and sees little chance of more revenue in the immediate future because of “the limited options for electronic subscriptions.” Therefore he feels it does not make sense to continue when editing the zine takes so much time away from raising a family and working his day job. 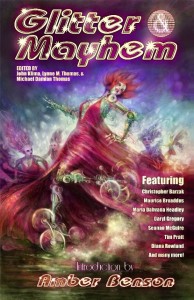 The edition is introduced by Amber Benson and contains 19 original short stories and a novella by Seanan McGuire set in her InCryptid universe.

Copies of Glitter & Mayhem are available at Larry Smith Books in the Worldcon Dealers’ Room.

END_OF_DOCUMENT_TOKEN_TO_BE_REPLACED

John Klima, on the heels of winning the 2009 Best Fanzine Hugo, has declared Electric Velocipede to be a semiprozine.

The Hugo rules, which require publications meeting certain criteria to compete in the Best Semiprozine category, also allow an editor to voluntarily classify his or her fanzine as a semiprozine, rendering it ineligible for Best Fanzine.

At Save the Semiprozine Hugo you can educate yourself about a Hugo Awards category threatened with extinction whose fate will be decided by the 2009 Worldcon Business Meeting.

The site’s most interesting work is showing the zines you’d be saving it for, if you are so inclined, many of which are not particularly well-known despite their business aspirations.

Even the editor of a Best Fanzine nominee, John Klima (Electric Velocipede), has arguments to make in favor of keeping the category alive:

Shame on you for wanting to take that from them.

The 700-word post simply chronicles Klima’s various personal reasons for wanting to save the semiprozine category, so agree or disagree, there is nothing incendiary except the last line – “Shame on you…”

“Shame on you” for what? Where is the shame in advocating the elimination of a Hugo category? Of all the unorthodox ideas science fiction fans entertain themselves with, we have to draw a line before we reach that one?

I’ve often thought it curious how the strategy of public shaming enjoys such currency in the internet culture, which otherwise goes out of its way to avoid the puritanical. Even if it’s a pallid and diffuse appeal to internet vigilantism, I expect that’s where Klima’s idea for closing with that phrase ultimately comes from.

There tends to be some confusion as to whether Electric Velocipede is a fanzine or a semiprozine, as far as the Hugo Awards are concerned. Since I pay my contributors, people automatically assume that this means I am a semiprozine…

Electric Velocipede is a fiction publication that pays its contributors and enjoys a fine reputation among critics.

A publication belongs in the Best Semiprozine Hugo category if it meets two of five criteria in the rules, which are: (1) publishes more than a thousand copies, (2) pays contributors and/or staff, (3) provides more than half the income of any one person, (4) has at least 15% of its space occupied by advertising, and (5) announced itself to be a semiprozine.

Klima explains that Electric Velocipede meets only the second one listed. He wrote last year on Tor.com that the magazine appears twice a year and has about 150 subscribers. It accepts advertising, but presumably gets something less than the threshold amount.

Klima’s answer covers the bases and, besides, fair is fair. The Hugo Administrators have never asked me how many copies I publish, whether I pay contributors (no, guys, do not start sending your invoices!), or anything more than am I willing to accept my nomination — which I virtually always have, quite happily. I’m sure John Klima feels just as happy. Congratulations, John.