Jonathan Lethem, at Salon, remembers embarrassing himself while getting an autograph from Anthony Burgess. He asked —

The Wanting Seed, my favorite of his novels – could it, possibly, by any chance, have been influenced by the writing of Philip K. Dick? (I now know that Burgess’s novel was written well before any of Dick’s major novels had appeared; the question was foolish.)

But he knew who I was talking about.

In 1981 he wrote me a letter about Timescape… 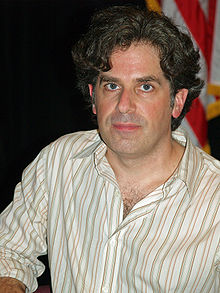