Update: SFWA has issued a correction to the novelette category. See the linked post for an explanation. The changes are reflected below.

The awards will be presented during the annual Nebula Conference, which will run from May 18-21. On May 19, a mass autograph session, open to the public, will take place at the Pittsburgh Marriott City Center. 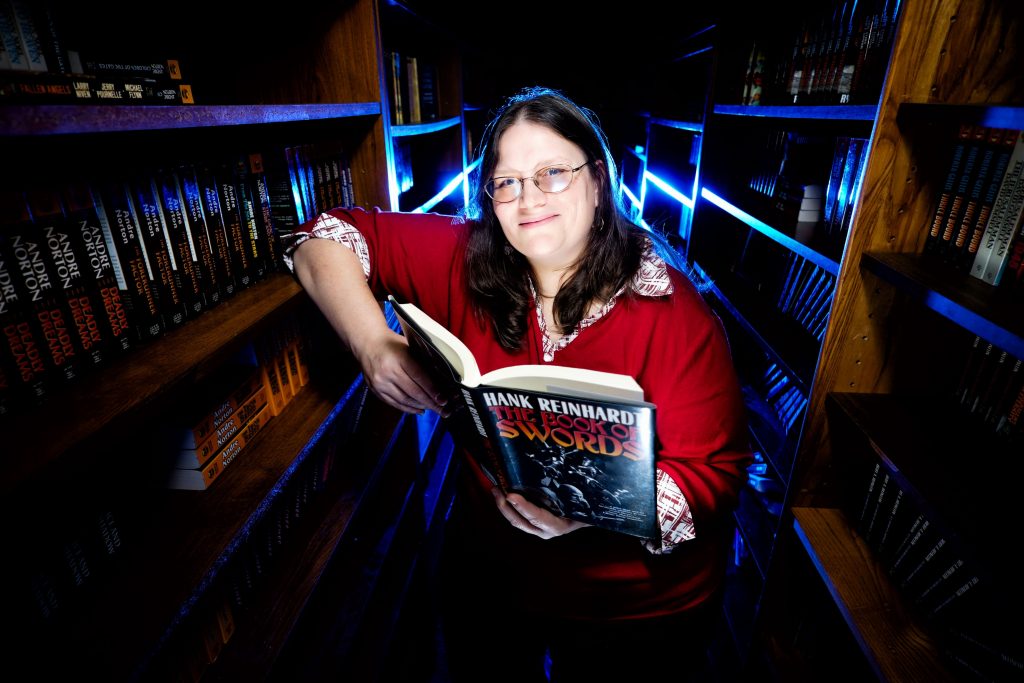 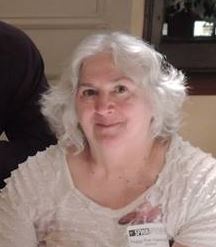 Jodi Lynn Nye presented the Kate Wilhelm Solstice Award to Sir Terry Pratchett. The Solstice Award is presented to individuals who have had a significant impact on the science fiction or fantasy landscape, and is particularly intended for those who have consistently made a major positive difference within the speculative fiction field, much like its namesake.

Cat Rambo presented the Damon Knight Memorial Grand Master Award to C.J. Cherryh. This award is given by SFWA for “lifetime achievement in science fiction and/or fantasy.” 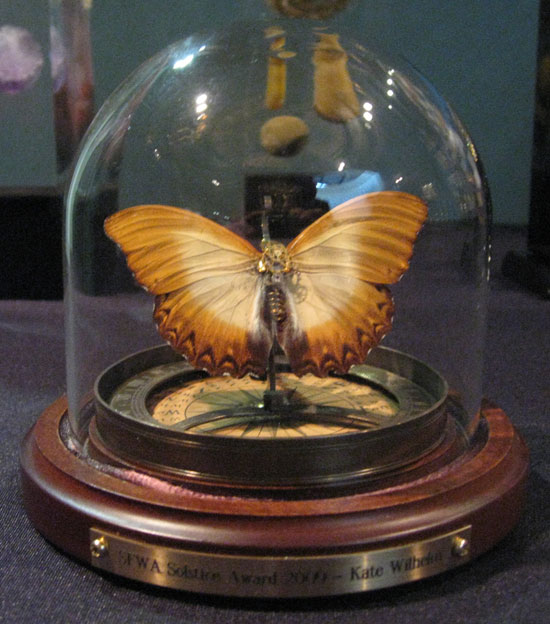 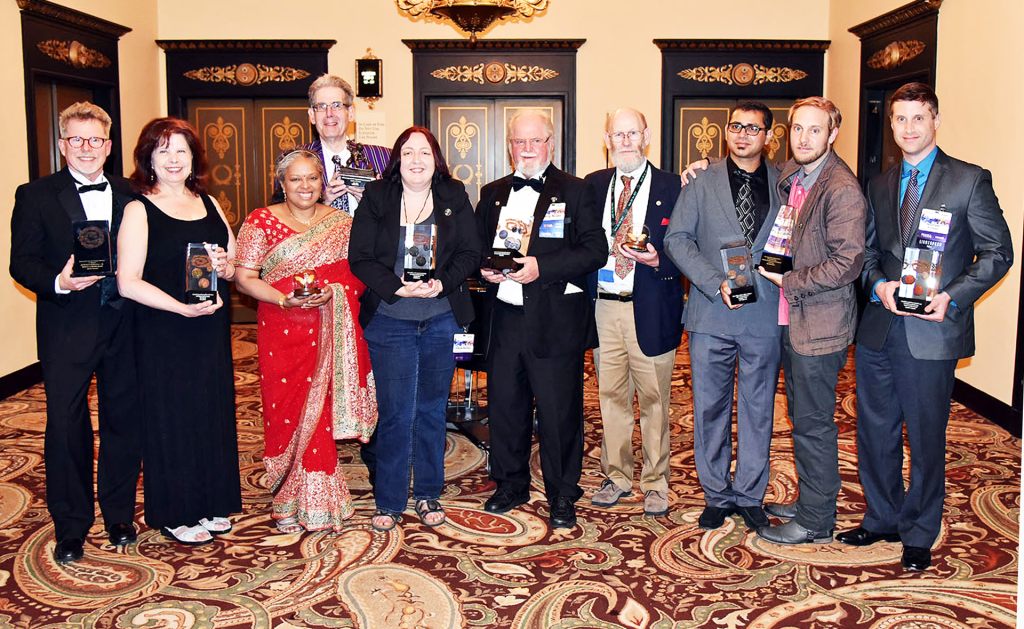 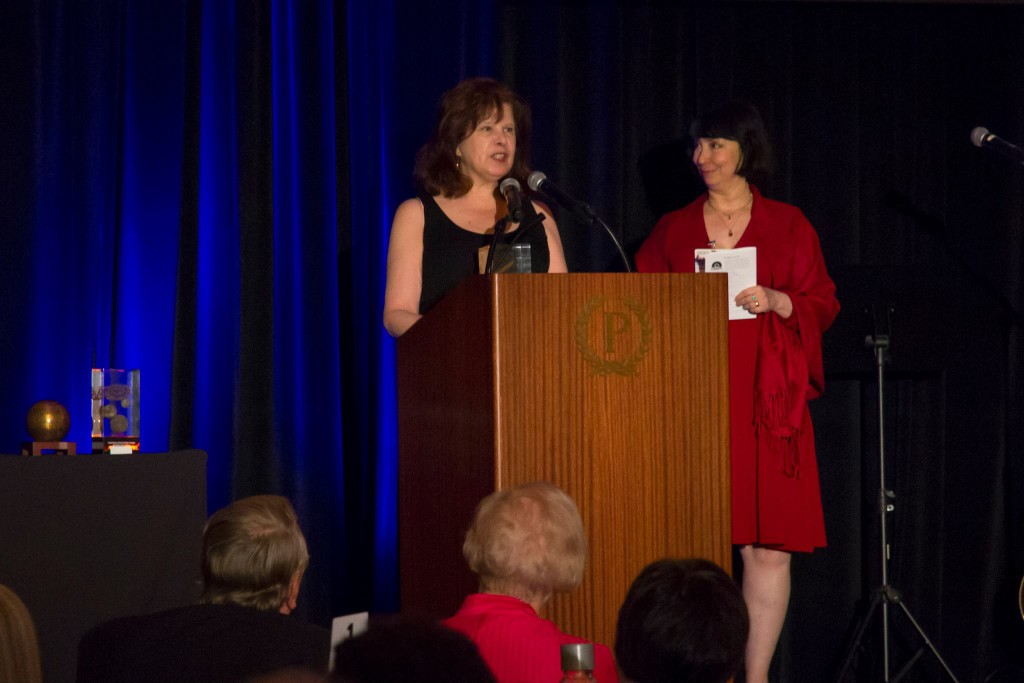 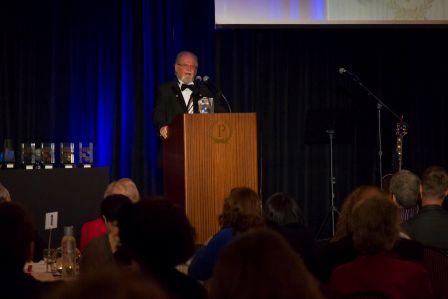 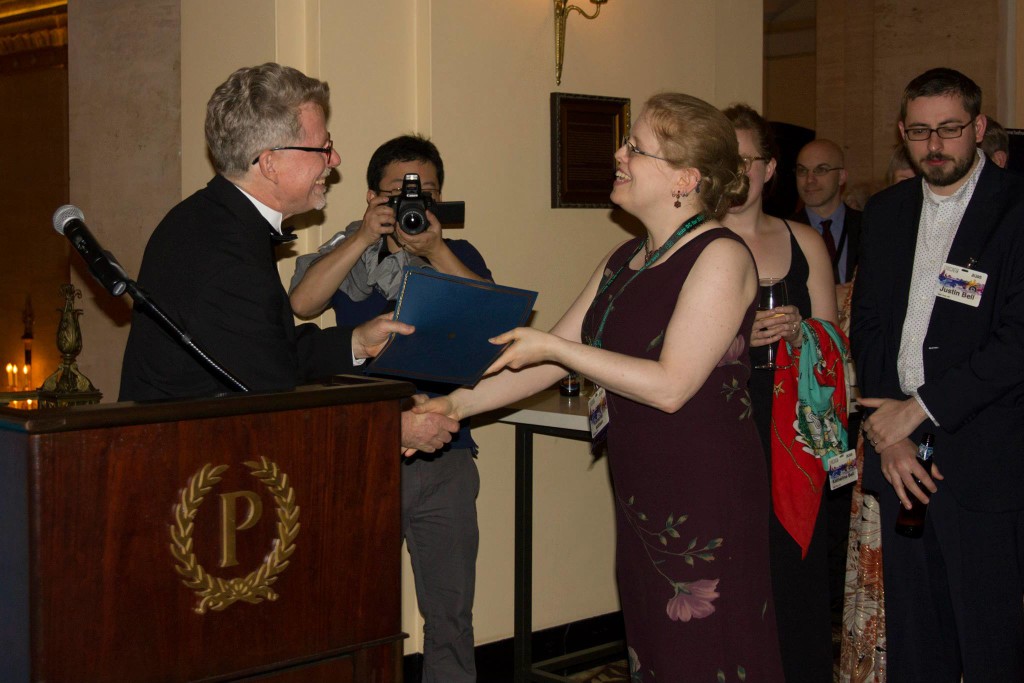 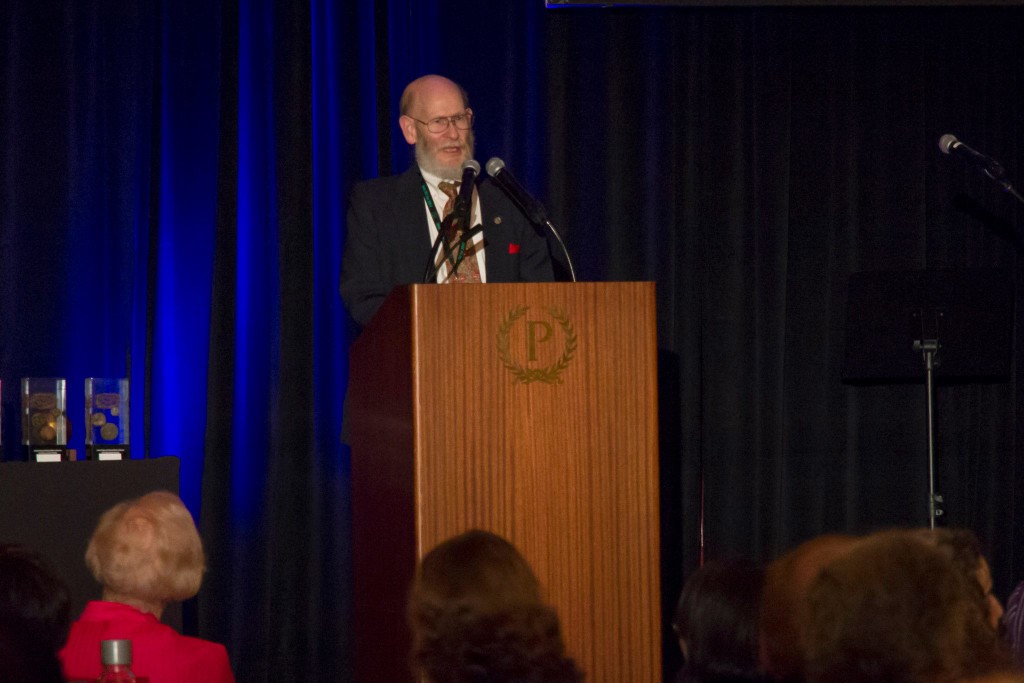 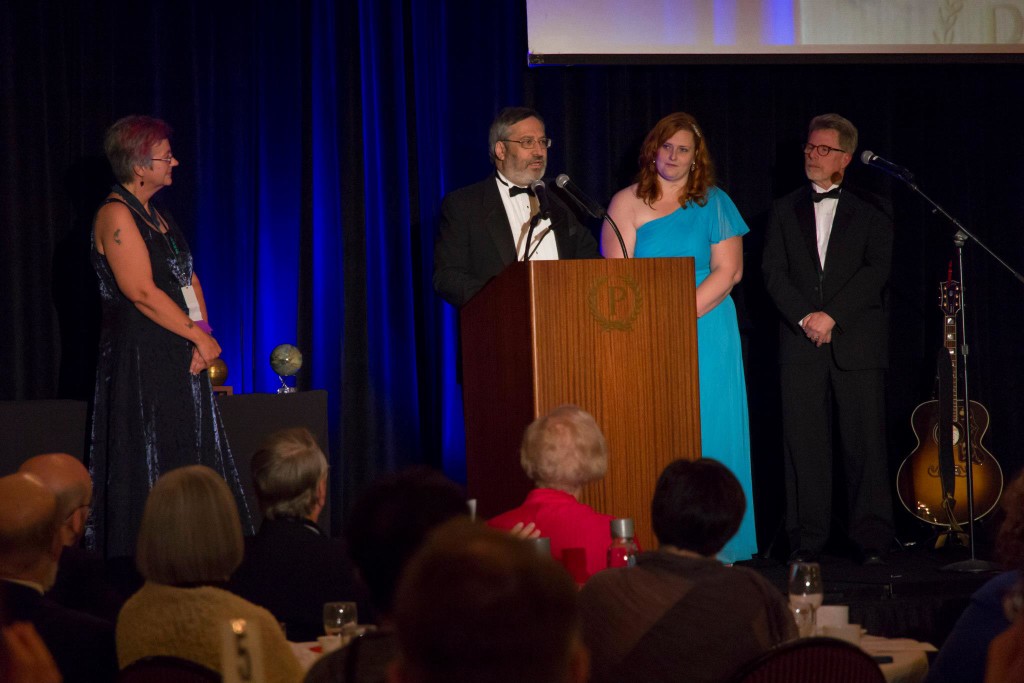 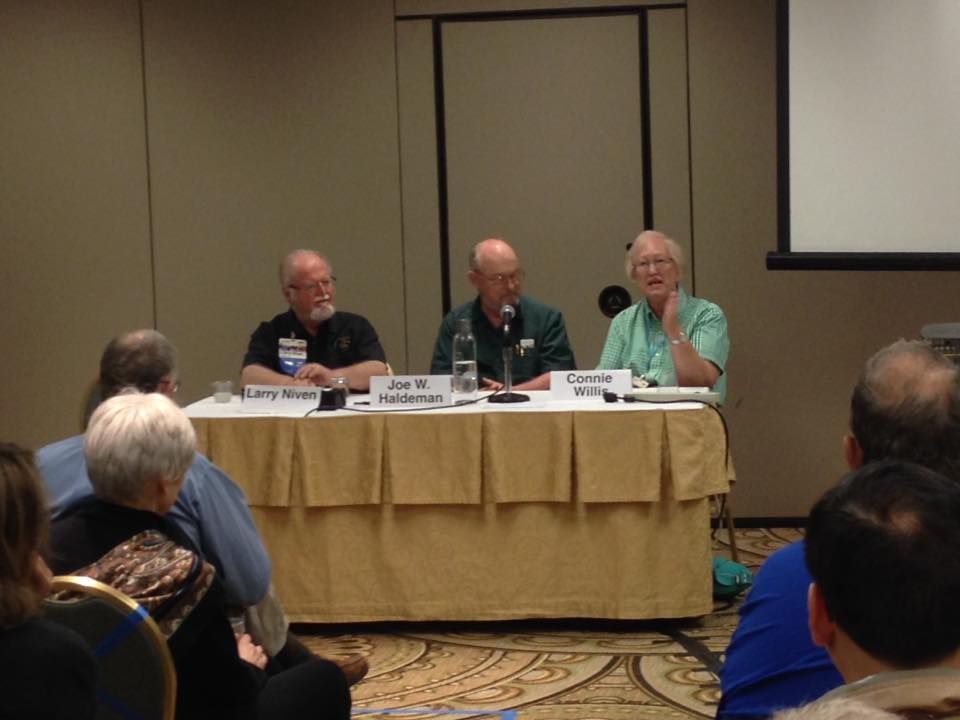 The Science Fiction and Fantasy Writers of America announced the winners of the 2014 Nebula Awards at a ceremony in Chicago on June 6.

END_OF_DOCUMENT_TOKEN_TO_BE_REPLACED

SFWA will honor Joanna Russ and Stanley Schmidt with its 2015 Solstice Awards, granted in recognition of “the positive impact and influence the recipients and their work have had on the science fiction and fantasy genres.” The awards will be presented at SFWA’s 50th Annual Nebula Awards Weekend in Chicago, May 4-7.

JOANNA RUSS (1937-2011): Besides honoring her contributions as a fiction writer, SFWA is also honoring her roles as mentor, teacher, editor, and critic–indeed one of the co-creators of SF Feminist Criticism specially remembered such works as How To Suppress Women’s Writing.

“How to Suppress Women’s Writing taught me how not to talk about the quality of others work,” notes SFWA President Steven Gould. “I’m pleased that we are honoring Joanna and sad we did not do it while she still lived. In a better world, the Trans Temporal Agency swept her into a future where her back doesn’t hurt and the last thing that beings use to discuss a person’s worth is their gender.”

Russ’s other works included Picnic on Paradise, The Hidden Side of the Moon, Magic Mommas, Trembling Sisters, Puritans and Perverts: Feminist Essays, and The Country You Have Never Seen: Essays and Reviews. She passed in 2011.

STANLEY SCHMIDT: Stan Schmidt edited Analog for 34 years, retiring in 2012. Called the literary heir to John W. Campbell, he introduced many new writers and upheld the profile of “hard” science fiction in the field. He was nominated for the editor Hugo from 1980 through 2006 (its final year), and for the Hugo Award for Best Editor Short Form every year from 2007 (its first year) through 2013, when he was presented with the statue, along with a standing ovation.

“All editors can be compared to racehorse trainers, identifying, nurturing, and pushing writers to achieve their best,” comments Steven Gould. “For over 34 years, Stan has been influencing the shape of modern SF, both in his fiction, and his editorial choices. Because of the huge number of scientists, engineers, and technologists who grew up reading SF, he’s had an effect on this future. I’m very pleased to honor him with the Solstice. Almost as pleased as when he bought my first published story back in 1979 and made me part of his stable.”