“There’s something I’ve just got to mention about this year’s Bram Stoker Awards winners,” Lisa Morton, President of the Horror Writers Association, told Facebook readers. “For the first time (at least the first time with a substantial number of categories), we’ve got a perfect 50/50 gender split on the winners. I just can’t help but think that’s pretty great.”

The Examiner also quoted Morton and delivered some fresh HWA news in a report about the 2015 Bram Stoker weekend:

“The past year had its challenges,” said HWA President Lisa Morton, who succeeded Rocky Wood after his death in 2014. “But on a night like this, we are reminded of the amazing talent in horror. The men and women honored tonight helped make 2014 an extraordinary year for the horror genre.”

At the start of Saturday’s ceremony, Morton announced the launch of StokerCon, an annual horror convention presented by the Horror Writers Association. The first StokerCon will be held at The Flamingo Hotel and Casino in Las Vegas, NV on May 12-15, 2016. The HWA has already confirmed acclaimed author R.L. Stine as one of StokerCon 2016’s Guests of Honor. 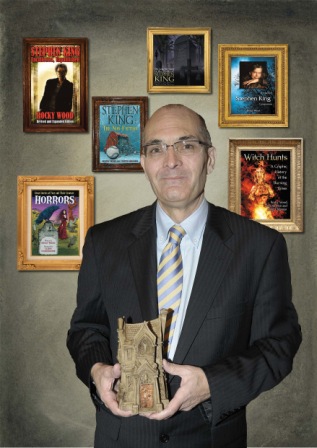 The Horror Writers Association (HWA) has created the Rocky Wood Memorial Scholarship in honor of the organization’s late president, who passed away on December 1 as a result of complications from ALS, known as Lou Gehrig’s Disease.

Wood, a two-time recipient of the Bram Stoker Award®, was best known for his extensive work involving the writings of Stephen King.

Succeeding Wood as HWA’s President will be Lisa Morton. For the last two-and-a-half years, Morton served as Vice President. A screenwriter, author of non-fiction books, and an award-winning prose writer, Morton is a six-time winner of the Bram Stoker Award®. She commented, “It’s daunting for me to now step into the Presidential shoes, but I also consider it an honor to continue the great work Rocky started. Because he was such a master at organization, he’s left behind manuals and instructions and a trained corps of volunteers, and together we look forward to continuing his legacy.”

Nancy Holder, who has been part of HWA for decades, will step in as Vice President.

[Based on HWA’s press release.] 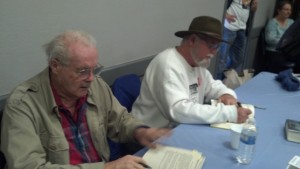 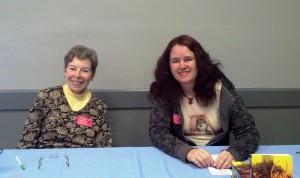 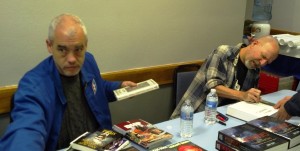 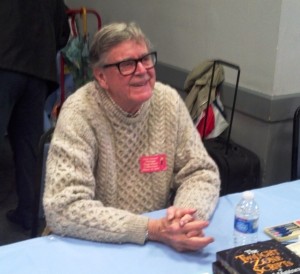 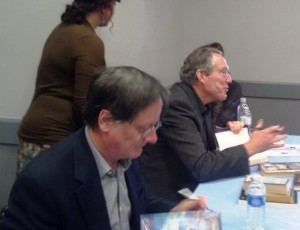