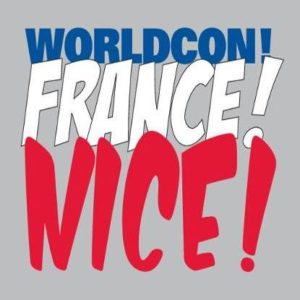 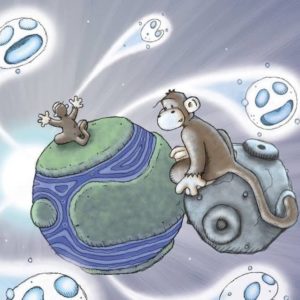 A bid to host the 2023 Worldcon in Chendgu, China was announced at today’s Fannish Inquisition session at Worldcon 76. Chengdu joins a field which already includes bids for Nice, France, and New Orleans, LA.

Hello, #Worldcon76! We are announcing our bid for a #Worldcon in China, to have the World Science Fiction Convention be in our country for the first time ever! pic.twitter.com/FKEZH7nUvY

We have some very helpful staff at our table in the exhibits hall, who can answer questions in Mandarin, Cantonese, and English! #Worldcon76 @worldcon2018 pic.twitter.com/5aIgVqfGbG

Chengdu is well-known as the site of an annual International SF Conference.

It has also been one of the stops for the touring sf writers and well-known fans who in recent years have been brought to China by various organizations and sponsors.

I was originally invited by the heads of the China World Science Fiction society, Renwei Dong, Haijun Yao, and Wu Yan, to attend the Chinese Nebula Awards ceremony in Beijing, through the kind offices of Ruhan Zhao. Later the invitation was extended by the company Xinhuanet for Wayne and I to then spend a week in Chengdu.

For the first time ever, I was invited to a literary conference to be an Author Guest of Honor. It was the 4th International Science Fiction Conference in Chengdu, Sichuan, China. It was sponsored by SFWorld, a Chinese magazine and book publisher, with media and tech giant Tencent as one of the sponsors. I was one of about a dozen foreign authors and editors in attendance….

Among the international guests were authors Michael Swanwick and Ted Komsatska from the USA, Taiyo Fujii from Japan, Robert J Sawyer and I from Canada, and editors Neil Clarke from the USA, Francesco Verso from Italy, con organizer Crystal Huff from the USA, and a few others.

Huff is a former Worldcon 75 co-chair. Japanese sf writer Taiyo Fuji has been chair of the Science Fiction and Fantasy Writers of Japan since 2015.

In 2018, two winners of The Shimmer Program’s first Two-way Exchange Fund were Pablo M.A Vazquez, chair of the 2017 NASFiC, and Mihaela Marija Perkovi?, Croatian writer and past GUFF winner.

Science fiction has to a degree become a national imperative. The Shimmer Program posted Sanfeng’s “Science Fiction in China: 2016 in Review” when it came out, which says in part:

Historically, the trajectory of Chinese SF was heavily influenced by top-down political forces at times. Recently it begins to receive continuous and influential support from the governments at all levels. On the one hand, following the tradition of focusing on ‘science’ in science fiction, the government re-emphasizes SF as a useful instrument for popularizing science and improving citizen’s scientific literacy. On the other hand, due to the high popularity and penetration rate of SF media, it is conceivable that the so-called ‘SF industry’ is often adopted in governmental agenda for creative and cultural industry development.

In a central government’s paper regarding promoting citizens’ science literacy issued by State Council in February 2016, it is explicitly stipulated that the government shall support science fiction writing as part of popular science writing. More details were revealed in a later talk given by Han Qide, president of China Association for Science and Technology (CAST), announcing that CAST will set up a national award for SF and host international SF festivals. The story reached the climax when Vice Chairman Li Yuanchao attended 2016 National SF Convention held in September 2016 and gave a speech at the opening ceremony warmly encouraging SF writing.

And according to Lavie Tidhar’s 2017 article in New Scientist, “In China, this is science fiction’s golden age”.

In the 1980s, science fiction once again fell foul of the ruling party, as a new “Anti-Spiritual Pollution Campaign” emerged as a backlash to Deng Xiaoping’s modernisation and liberalisation policies. Deng’s opponents in the party railed against Western “bourgeois imports” of all kinds, and with sci-fi seeming to fall firmly in that category, it was all but wiped out for a time.

The genre’s recovery was partly led by the emergence of Science Fiction World magazine in Chengdu, and its energetic editor, Yang Xiao, herself the daughter of a prominent party member. Having such influential backing allowed Science Fiction World to bring together many young writers for an “appropriate” reason.

By the end of the century, Chinese sci-fi entered its own golden age. Although the authorities still raised the issue of literary “appropriateness”, the old restrictions had gone. One prominent contemporary sci-fi author is Han Song, a journalist at the state news agency Xinhua. Many of his works are only published outside the mainland due to their political themes, but Han is still widely recognised at home. His fiction can be dark and melancholy, envisioning, for instance, a spacefarer building tombstones to fellow astronauts, or the Beijing subway system being turned into a graveyard in which future explorers, arriving back on Earth, find themselves trapped on a fast-moving train. Along with Liu Cixin and Wang Jinkang, he is considered one of the “Three Generals” of Chinese sci-fi.

Chengdu also figured in the creation of the new Asia Science Fiction Association, which held its first meeting on July 17, and announced a plan to hold its first Asiacon there in 2019. ASFA’s president is Liu Cixin, whose Three-Body Problem (translated by Ken Liu) won the Best Novel Hugo in 2015.