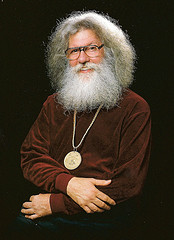 The recent tsunami of interest in the history of Marion Zimmer Bradley and Walter Breen has inspired the launch of a Breendoggle Wiki within the past few days. The Breendoggle is the term for the controversy over Walter Breen’s exclusion from Pacificon II, the 1964 Worldcon.

Its main feature so far is the text of Bill Donaho’s circular to selected fans in advance of the con titled “THE GREAT BREEN BOONDOGGLE OR ALL BERKELEY IS PLUNGED INTO WAR.”

The Wiki editors begin with this necessary caution —

Donaho supplied a wealth of details and specific allegations about Walter Breen’s behavior (children’s names have been redacted in the online copy) and, having settled on the idea that Breen should be banned from local fandom and from the upcoming Worldcon (Pacificon II) because he was harming children, Donaho asked a wide group of friends for advice on how to achieve this.

Most of the wiki editors use handles. However, anybody can read the complete PDF of Donaho’s circular for themselves, for a copy is available on the site. 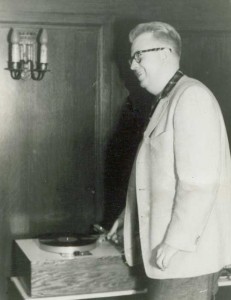 Let us take you back to those thrilling days of yesteryear…when the Hugos were presented at Pacificon 2, the 1964 Worldcon. A memo containing that year’s Hugo voting statistics has been discovered by Tom Whitmore in the records of the late Alva Rogers.

Standlee notes that the 1964 awards were decided by a plurality of voters – Way Station won Best Novel with just 24% of the vote. Later the rules were changed to require ranked voting and an elimination runoff, insuring winners would have the support of a majority.

No wonder voter support was splintered all to hell that year – look at the nominees in the Best Novel category, listed in order of finish.

The winner, Way Station, has long been one of my favorite sf novels.

Herbert’s Dune World, defeated in 1964, was the version serialized in Analog; a longer fix-up novel incorporating this material would win the author a Hugo in 1966 and go on to be recognized as a classic in the field.

Despite the plethora of good work, 7 people voted No Award! Good grief, what were they waiting for?