The winner of the Prix Solaris 2020 is Josée Bérubé, for her story “Les Épinettes à corneilles.”

The members of the jury chose Bérubé’s story “because they particularly appreciated the original and surprising angle chosen to tackle the theme, the endearing and more than human characters, the sensitive and human-like vision of a world yet damaged, as well as the stylistic qualities of the text.”

The Prix Aurora/Boréal 2019  were presented May 5  at Congrès Boréal 2019 in Sherbrooke, Quebec, Canada.

Here are the winners:

OTHER AWARDS GIVEN AT THE CEREMONY

These stories will be published in Solaris #211

The winner of the Prix Jacques-Brossard for French sff receives C$3,000,

A young woman unexpectedly finds herself with the fate of the world in her hands. Recorded on the LeVar Burton Reads LIVE! tour. With accompaniment by Astronauts, etc. keyboardist Anthony Ferraro, and featuring a conversation with Charlie Jane Anders. This story appears in Anders’ collection SIX MONTHS, THREE DAYS, FIVE OTHERS.

Tor.com also has transcribed some of Burton and Anders’ conversation about his reading.

(2) NOW WITH ADDED PRIX. Here are two more awards that were announced this weekend at Congrès Boréal.

A jury of 80 Quebec college students named François Blais as laureate of the Prix des Horizons imaginaires for his novel Les Rivières suivi de Les montagnes, published by éditions de L’instant même . In addition to a trophy designed by the artist Karl Dupéré-Richer, the author will receive a C$300 scholarship from Marianopolis College.

(3) MIGHTY MANGA. Let the B&N Sci-FI & Fantasy Blog convince you: “Why Fullmetal Alchemist Is Essential Reading for Every Fantasy Fan”.

With the release of its first hardcover deluxe edition this week, the manga Fullmetal Alchemist has now been blessed with not one, not two, but three English releases, and it’s hard to think of a series more deserving.

Since it began serialization 17 years ago, Hiromu Arakawa’s blockbuster shonen fantasy has inspired not only readers, but also fantasy authors and artists the likes of Brian McClellan and Faith Erin Hicks. On the surface, it sounds like a typical adventure series, following two brothers, skilled young alchemist Edward Elric and his brother Alphonse (reduced to a spirit encased in a hollow suit of armor in the wake of a magical experiment went horribly wrong), seek the Philosopher’s Stone, a fabled object they hope to use to enhance Ed’s power and hopefully restore Al’s humanity. But there’s a lot going on below the surface—fascinating philosophical questions, tricky moral quandaries, and complex character interactions.

(4) BUT WHAT ABOUT MY NEXT JOB. Tonight Show With Jimmy Fallon guest “Michael Shannon Is Into Those Internet James Bond Villain Rumors”. Funny stuff, including cat humor – and they did eventually remember to promote HBO’s Fahrenheit 451, his reason for being on the show.

The reason there’s a cottage industry in attacking me as “far left” is rather more simple and rather a bit more sad than that, which is that there was a small(ish) clutch of writers and fans whose politics ranged from stock conservative to reactionary to white nationalist and who, for various reasons, disliked me and the fact I have a successful writing career. So they went out of their way to try to insult and diminish me in ways that carry weight to others of their sort. So along with questioning my masculinity and/or my sexuality and/or my sales and/or the validity of my awards and/or my writing talents and/or blog visits and/or [insert whatever here], they called me “far left” because in their universe being far left is one of the worst things you can possibly be. Me just being moderately left wouldn’t do, mind you. Everything has to be extreme for these boys. So far left I am. It’s me and Stalin, bear hugging.

For the first time since way back in 1986, Moranis will once again play Dark Helmet. As reported by USA Today, Moranis will reprise his famed Spaceballs character on this week’s episode of the sitcom The Goldbergs. This marks Moranis’ first on-screen appearance since he retired from movies after 1997’s Honey, We Shrunk Ourselves. As series creator Adam F. Goldberg explained, he hopes Moranis’ unexpected return will kickstart a possible Spaceballs sequel:

(9) AN ARTICLE THAT MAKES FOLKS IRATE. Lila Shapiro’s article for Vulture, “The Story Behind FanCon’s Controversial Collapse”, quotes one of the con’s organizers —

In recent weeks, the team behind the event has been grappling with how it all fell apart. According to their accounts, they were simply well-intentioned idealists who took on a project that proved too big for them to handle, and failed to call it off until it was too late. “It was hubris,” said Butler, in his only interview discussing the implosion. Hubris — and, as he went on to suggest, a surprising lack of enthusiasm for diversity among fans. If more fans had bought tickets, he said, the whole debacle could have been avoided. “Unfortunately, they just didn’t,” he said. “I should have known better. But I let my belief in this nonexistent community blind me.”

ULTRAGOTHA (signing as “the Indignant”) sent the link with a comment:

Nonexistent community??! The guy raised $52,000 from fans on a Kickstarter and the pop-up con had 1000 attendees and he says the community is nonexistent?  Fuck that noise.

Twitter’s Clarkisha Kent has fundamental objections to Lila Shapiro’s piece itself (jump on the thread at the link), levying criticisms like —

(10) OVERSERVED. From the BBC: “World of Warcraft attacker jailed in US”. He tried to get an edge by DDoSing servers so competitors couldn’t get in.

A World of Warcraft gamer has been sentenced to jail in the US for carrying out a cyber-attack that interfered with the service in Europe.

Calin Mateias had been accused of flooding Blizzard Entertainment’s computer servers with traffic between February and September 2010.

He was said to have carried out the distributed denial of service (DDoS) assault to prevent rivals logging in.

Thousands of players were caught up in the resulting disruption.

The Romanian citizen – who had been extradited to Los Angeles to face the charges – pleaded guilty in February to one count of causing damage to a protected computer.

Gazeta.ru reports that the Uran-9 can locate a target itself but the decision to fire is taken by a commander sitting in an armoured truck up to 3km (1.8 miles) away.

The Uran-6 robot-sapper was used to clear mines in the Syrian hotspots of Palmyra, Aleppo and Deir al-Zour. Its controller steers it from a distance of up to 1km.

(12) FOUND IN LA MANCHA. “Terry Gilliam’s ‘cursed’ Quixote is finally here”. He’s been trying to make an adaptation of Cervantes’ novel for over 20 years.

…But as beguiling as its combination of showbiz glamour, fairy-tale enchantment and workaday practicalities may be, the most thrilling aspect of this tableau is what’s missing. There are no meteorites, hurricanes or bolts of lighting. There are no ravenous tigers or cholera outbreaks. There isn’t an ambulance or a fire engine in sight. Terry Gilliam’s The Man Who Killed Don Quixote, a film which is synonymous with sustained and calamitous misfortune, is finally going without a hitch after nearly 30 years of blood, sweat, toil and tears.

(13) CHINA’S SOCIAL CREDIT SYSTEM. Did you know? According to The Late Show with Stephen Colbert, “Everyone In China Is Getting A ‘Social Credit Score’.” Didn’t Orville and Black Mirror have episodes with social point systems as a dystopian premise?

(14) CREDIT DENIED. In the May 2 Financial Times, Gabriel Wildau reports that Chinese censors have banned short videos of British animated character Peppa Pig (which have been viewed on the China Central television website 30 billion times since 2015) because users used stills from the show to “create memes with vulgar or sardonic captions” with some netizens referring to Peppa Pig as -shehuiren- or “gangster.”

(15) VIDEO OF THE DAY. Britain’s Hardknott Brewery closed in April, but before they folded they made “intergalactic Space Hopper” on Vimeo, which explains what happens when you make a spacey beer that claims it “set hops to stun.”

The recipients of the Prix Aurora/Boréal 2017 were announced May 7 at Congrès Boréal in Québec City, in Canada. 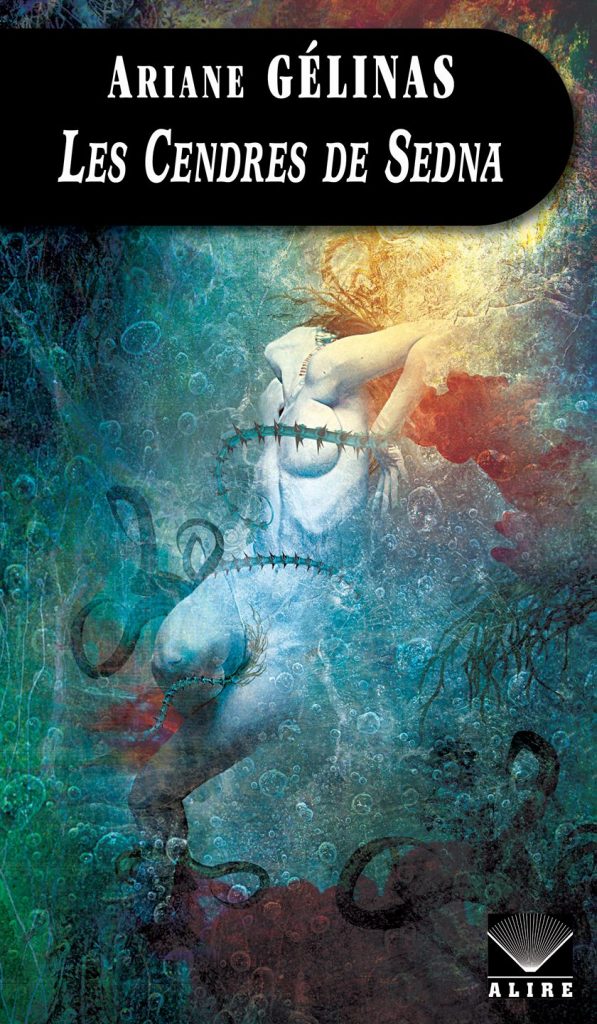