While you’re waiting for Santa, appertain yourself a hot chocolate (or stiff belt), settle back, and enjoy this collection of some parody verses and holiday filks that Filers have been leaving in comments the past few months.

Did you get my vote, Chuck Tingle?
I can’t remember another Hugo vote like this
You were on their slate Chuck Tingle
But you were parodying yourself and softly pounding something new
I could see the cheesy artwork
And sounds of raptor calls were coming from the blue

There was something on the slate that starred
The buckaroos were hard, Chuck Tingle
They were pounding there for you and me
For liberty, Chuck Tingle
Though I hope that No Award will win
There’s no regret
If I had to do the same again
I would, my friend, Chuck Tingle

Pacific Rim, Or A Vision on A Screen

For robinareid, because it’s all her fault.** **Not actually her fault. I took laudanum a few liberties with meter, but then, so did Coleridge.

In Pacific Rim did del Toro
A desp’rate Shatterdome decree;
The last defense ‘gainst humans’ foe,
By airlift mighty Jaegers go
Down to a Kaiju sea.

So twice ten miles of city ground
With walls and towers were girdled round:
A bulwark to end the toll of Kaiju-kills.
But here is where I must beg to disagree
With those enthralled by Kaiju-punching thrills:
This movie really didn’t work for me.

Because oh! To me it doesn’t make any sense:
Why must they rely on giant robot fists?
We have missiles and nukes – mighty armaments!
Why don’t you zip it? replies the audience.
Can’t you see we’re all really enjoying this?
So: from the portal, with ceaseless turmoil seething,
As if this earth in CGI were breathing,
Two mighty Kaiju sinuously emerge.
Humanity’s end now looms on the verge:
While critical Kaiju-lore has been acquired,
A scientist’s bold risk that must be admired
Has tragically caused a new scale of trouble:
The Kaiju assault has literally doubled.
The Kaiju-pair’s most cruel and murderous attack
On crews Russian, Chinese and Australian –
Impossibly fierce – through no human failing
Leaves the noble Jaegers scattered like sea-wrack.
To face the next peril from Kaiju-hell:
Two half-teams, and two battered Jaeger shells.

To seal the breach is the only throw:
Chance so slight it’s all but lost.
A hopeless trip to depths below?
“No!” cries Stacker Pentecost:
“I don’t care if it’s Kaiju five or six;
“We are cancelling the apocalypse!”

Once child-wounded Mako Mori
As warrior does arise;
And enter into brave company,
To share the Drift with staunch Raleigh
New-found friend and best ally.
Chuck and Stacker clear the way
By noble sacrifice;
Gypsy Danger will the Kaiju slay,
With thermonuclear device.
Passage secured by Kaiju-skin,
They face the peril of the breach;
The Kaiju-masters wait within.
Will dauntless heroes really win?
Wait! They have a safety margin:
Rescue by escape pod (one each).
Compelled I’ll credit them with this:
The story ends without a kiss.
Mako Mori Test for the win. 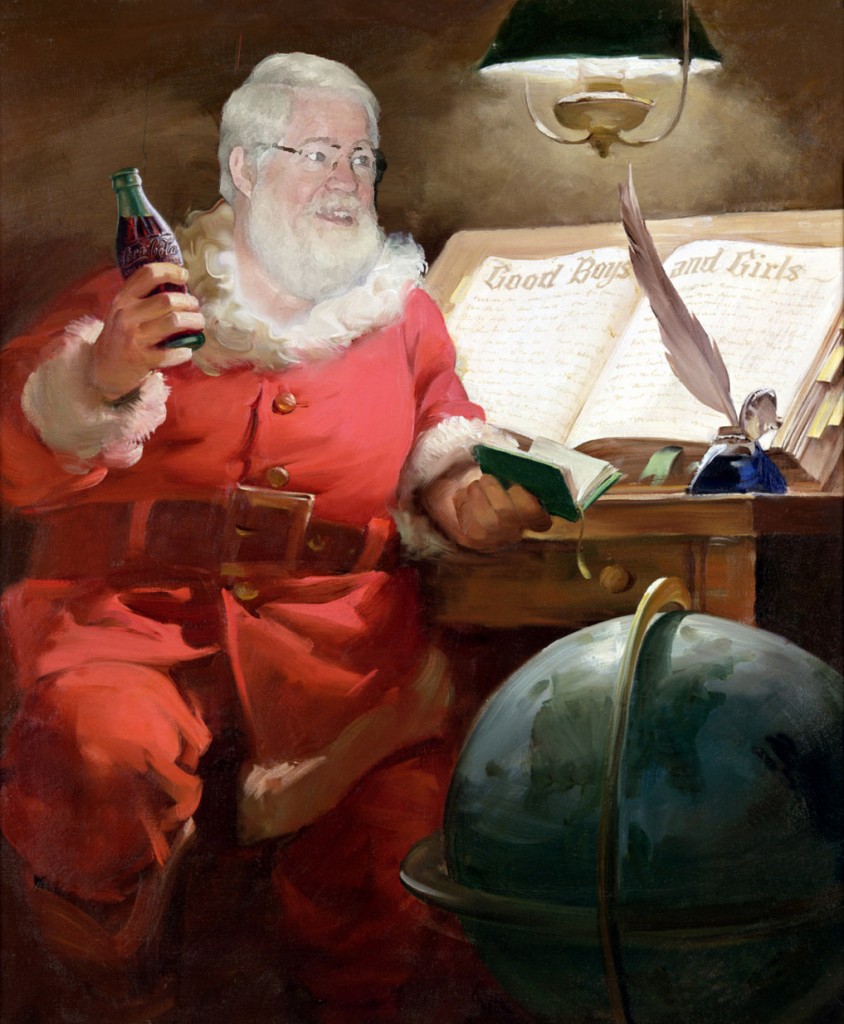 Twas the night before Worldcon, when all through the blog
Not a godstalk was stirring, not even a fan
The pixels were scrolled by the chimney with care,
In hopes that Mike Glyer soon would be there.

The commenters were nestled all snug in their beds,
While visions of Hugo Awards danced in their heads.
And mamma in her lettercol, and I in my Chrome,
Had just settled our laptops for a long winter’s nap.

When out on the web there arose such a clatter,
I sprang from the keyboard to see what was the matter.
Away to the Windows went Adobe Flash,
Tore open the shutters and threw up the sash.

The moon on the breast of the new-fallen snow
Gave the lustre of mid-day to objects below.
When, what to my wondering eyes should appear,
But a miniature pixel and eight tiny scrolls.

With a little old driver, so lively and quick,
I knew in a moment it must be our Mike
More rapid than eagles his bloggers they came,
And he whistled, and shouted, and called them by name!

As dry scrolls that before the wild pixels fly,
When they meet with an obstacle, mount to the sky.
So up to the house-top the bloggers they flew,
With the sleigh full of books and Mike Glyer too.

And then, in a twinkling, I heard on the roof
The scrolling and pixeling of each little post
As I drew in my head, and was turning around,
Down the chimney Mike Glyer came with a bound.

He was dressed all in badges from his head to his foot,
And his pixels were all tarnished with ashes and scroll.
A bundle of Hugos he had flung on his back,
And he looked like a faned, just opening his pack.

His eyes-how they pixeled, his dimples how scrolled!
His cheeks were like gravatars, his nose like an emojii!
His droll little mouth was drawn up like a scroll,
And the beard of his chin was as white as the snow.

The stump of a pixel he held tight in his teeth,
And the scroll it encircled his head like a wreath.
He had a broad face and a little round belly,
That shook when he laughed, like a bowlful of jelly!

He was chubby and plump, a right jolly old elf,
And I laughed when I saw him, in spite of myself!
A wink of his pixel and a twist of his scroll,
Soon gave me to know I had a huge to-be-read.

He spoke not a word, but went straight to his work,
And filled all the scrollings, then turned with a jerk.
And laying his finger aside of his nose,
And giving a nod, up the pixel he rose!

He sprang to his posts, to his scrolls gave a whistle,
And away they all flew like the down of a pixel,
But I heard him exclaim, ‘ere he drove out of sight,
“Happy Worldcon to all, and to all a good-fan!”

The file and the pixel,
When they are on a roll,
Of all sites that are on the web,
The file bears the scroll.

On a Sunday morning slidewalk,
I’m wishing, Lord, that I was scrolled.
‘Cause there’s something in a Sunday
That makes a pixel feel alone….

It’s almost halfway finished
No, I didn’t say it was Finnish
How do you like this ode to Pixel Scrolls?

This, this is pixel scroll!
Where fifths flow freely and so do trolls
Tick, tick, the follow-up box
Or you might miss some epic filking

Filers proved today there is no such thing as an innocent question….

By the way, since this is National Poetry Month, are we having Scroll titles based on poems?

Two Pixels diverged in a Scroll, and I
I took the one less traveled by,

Whan that Aprille, with hise pixels soote,
The scroll of March hath perced to the roote . . .

Come file with me and read my scroll
And we shall prove the pixels droll
That Hugos, books, shows, and things,
Fans and working writers brings.

And we will crawl about the Net
And hear of famous folk we’ve met
And if your joy be piqued to stroll
Come file with me and read my scroll.

In the middle of the web in the land of Glyer
Lives a brave little pixel whom we all admire.

I’ll just stop here as I’m not even sure if Glyer and admire rhyme.

A Glyer who bore, ‘mid snow and ice
A pixel with the scroll device
Excelsior!

Downward to pixels on extended scrolls.
For the Scroll’s more full of pixels
Than you can understand.

The Scroll That Through the Vile Hive Drives the Pixel.
The scroll of pixels isn’t hard to master.
Pixel is Scroll; Scroll, Pixel. That
Is all ye file and all ye need to file.

The apparition of these pixels in the scroll:
Items in a vile, long File.
Before I’d build a pixel
I’d ask what I was scrolling in or out.

@Mike Glyer
I can recognize a rhyme, it’s meter that always gets my goat

Well you know what they say:

Oh Pixel, My Pixel (from the Dead Scrollers Society).

O PIXEL! my Pixel! our fearful trip is done;
The scroll has weathered every troll, the talk we sought is won;
The Hugo is near, Worldcon I hear, the people all exulting,
While follow eyes the steady File, the website bright and daring:
But O heart! heart! heart!
O the bleeding drops of red,
Where in ‘older posts’ my pixel lies,
Fallen cold, unread.

We want to vote the straight ticket today,
But Space Butt Raptor seems just so… outre’
We’re gonna gambit that gambit all day

With apologies to Rankin Bass

This is last year’s, but still …

The Puppies is a slate, ma lads, for the Hugo Prize she’s bound,
And the quay it is aa garnished wi bonnie fanboyz round.
Captain Torgersen he orders tae vote the Puppies high,
He’ll fetch himself a Hugo, lads, or know the reason why.

And it’s cheer up, ma lads, let yer hearts fill wi hate.
When the Sad and Rabid Puppies nab the Hugos for the slate.

Along the quays at Puppyheim the fanboys stand aroond,
Their angst all pulled aboot them and the salt tears rinnin doon.

Oh, don’t you weep, my bonnie Pups, though ye’ll be left behind.
For the Beale will pal wi’ Scalzi, before we change our mind.

We wear the trenchcoats o the brown, an fedoras o the gray,
We’ll pack the slate wi Pups me lad, we cannae lose that way.

Like the ships all crushed in ice, me lads, while fishing for the whale,
We’ll try and try and try again until the Pups prevail.