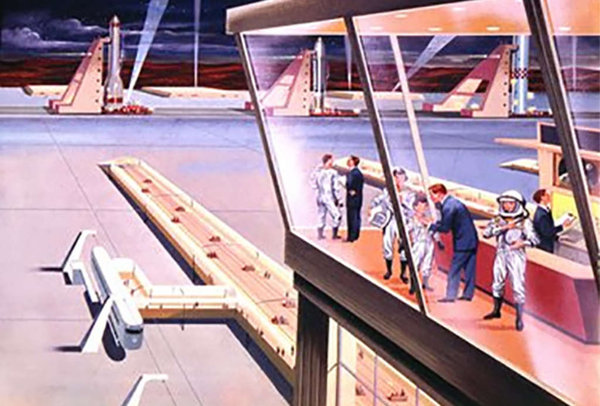 Roy Scarfo, a pioneer in space art, died December 8 of pancreatic cancer at the age of 88. Many people who knew his art didn’t necessarily know his name because his work was used in commcerce and mass media. 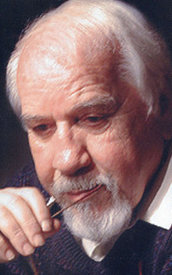 Scarfo went to work for General Electric in 1957. He served as creative art director for GE’s Space Technology Center for 16 years.  His very first assignment was to illustrate every missile in the US Arsenal, of which there were about 30 or 40. The finished black-and-white artwork was 4 feet long and 2.5 feet high and was used throughout the missile and space industry. During his career he received General Electric’s Space Award, usually reserved for engineers and scientists.

While at GE he also was a science and space art consultant for The New York Times, Sun Company, NASA, DOD, Voice of America and the U.S. Senate. He collaborated with notable scientists and authors such as Wernher von Braun, Isaac Asimov, and Willy Ley. 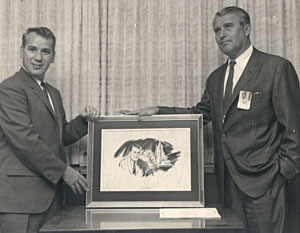 His work appeared in over 40 books including, including the collection of his art titled Beyond Tomorrow. Scarfo’s TV credits included NBC’s The Sky Beyond with Frank McGee; CBS’ 20th Century and 21st Century with Walter Cronkite, and a special based on Alvin Toffler’s best seller Future Shock narrated by Orson Welles.

Examples of the whole spectrum of his work are posted to his blog The Future In Space.