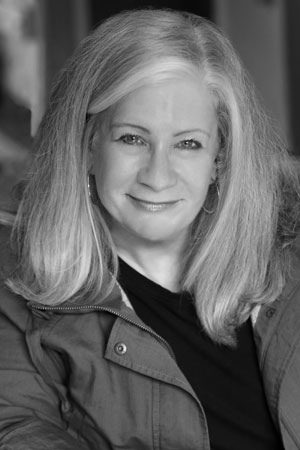 Career counselor Debra Wilburn and Oregon writer Sharon Joss have received 2016 Older Writers Grants from the Speculative Literature Foundation (SLF). The $500 awards support any purpose that the recipients choose to benefit their work.

The Speculative Literature Foundation created the Older Writers Grants to support writers who are 50 years of age or older at the time of their application, and who are just beginning to professionally publish their work. The awards are intended to aid older writers in overcoming barriers to writing speculative fiction professionally.

Currently a career counselor, Debra Wilburn describes herself as a former “pond-swimming, horseback-riding, tornado-chasing, discipline-dodging farm girl.” She is a graduate of Cornell University and also received the Achievement Award in Writing from the National Council of Teachers of English. She has held many roles in newspapers, from advertising sales to artist and writer, and has also worked as a freelance illustrator and director of development for public radio. An avid reader of current speculative fiction, Debra’s story submitted for the award, “I Ain’t No Biscuit Baker,” combined animal and insect attributes, and was inspired by being bitten several times by a tabanus atratus (horse fly) leading to a trip to the emergency room. Debra’s stories feature “sassy, metaphor-brandishing” narrators, and she is inspired to write more speculative fiction after receiving the SLF Older Writers Grant.

Sharon Joss began writing her first novel at age 55 in 2009. Four years later, she celebrated her first professional short story sale. She has now written six additional novels and dozens of short stories. Inspired by the novels of Rudyard Kipling, Andre Norton and Ray Bradbury, Sharon’s interest in speculative fiction began at an early age. She most enjoys writing fantasy, science fiction and horror — each infused with a dash of wry humor. Often, her work features “ordinary characters placed in extraordinary circumstances.” She is a full-time writer who lives in Oregon.

The Foundation also awarded honorable mentions to Jean Butterfield, Holly Schofield, and Thaddeus Howze. More than 180 applications were received for the awards this year.