(1) WEIGHING IN ON THE TOLKIEN MOVIE. In the Catholic Herald, Fr. Michael Ward’s verdict is that “This Tolkien biopic is woefully unconvincing”.

…This handsome, earnest, yet overstuffed and poorly paced film deviates frequently from the historical record. Most seriously, it ignores Tolkien’s devout Christian faith: there is no indication that he served Mass daily as a boy or ever even entered a Catholic church. His punch-ups with Wiseman and drunken night-time profanities are, in comparison, unimportant inventions.

But departures from reality are inevitable in dramatisations, and enumerating them can quickly devolve into captiousness. What’s more relevant is whether the artistic licence results in a successful story. One expects a biopic to sit somewhat loose to the facts, yet one hopes it will also hold the attention and make one care about the characters, however far from real life they may diverge.

A helpful comparison is Richard Attenborough’s Shadowlands, the story of CS Lewis’s late marriage. It’s worthless as an account of actual events, but works brilliantly as a movie: engaging, well-structured, powerful and poignant.

Ward is the co-editor of The Cambridge Companion to CS Lewis.

(2) A MODEST PROPOSAL. Daniel Dern is making an offer –

Our dead tree edition of the Sunday New York Times this week (here in the year 2019 – April 28) included a special 12-page section, consisting of (a version of) Ted Chiang’s story, “Better Versions of You,” adapted from his story “Anxiety is the Dizziness of Freedom” from Chiang’s new (coming out May 7) collection Exhalation. Illustrations by Daehyun Kim/Moonassi.

According to social media, “The piece is PRINT ONLY.” (My brief searches don’t show otherwise; I’d been looking for it before I found this tweet.)

Once we’re done reading the story, I don’t feel the need to keep it. So I’m happy to pass it along to the first Filer who asks for it, via a comment to this post. (We’ll sort out snail addresses, etc. off-list. If need be, I’ll ask OGH to be the email-address intermediary.)

Beyond possibly the minor cost of mailing it, I’m not asking any $ for it.

OTOH, I’m happy if the recipient will in turn, once it’s arrived, make a modest (say, $10-$25) donation to some sf/fan related fund/fundraiser or other Good Cause (of their choice, e.g., the Gahan Wilson GoFundMe, or some WorldCon-related fundraiser — your choice, I don’t need to know what/who, how much, or whether). But this is an optional follow-through.

(I don’t see Chiang listed in the current ReaderCon Guests list, so you’d be on your own for trying to get it autographed.)

Owner Alan Beatts, also the owner of Borderlands Books — which will remain open on Valencia Street at least for the next year — said that the decision to shutter the cafe was, by and large, voluntary. He attributed the move to a confluence of factors, including staff retention, slumping sales, and his personal desire to focus on the bookstore….

(4) BLAME HIM FOR THANOS! Entertainment Weekly’s Christian Holub, in “Thanos Creator Jim Starlin Discusses His Avengers: Endgame Cameo And The Journey From Page To Screen”, has a profile of Jim Starlin, who created Thanos for Invincible Iron Man #55 in 1972, and says he enjoyed his cameo in the film and says the Thanos on screen is true to “the spirit of the character” he created.

“It’s more of a full circle than you realize,” Starlin says. “I got the assignment to draw Invincible Iron Man #55-56 because the regular penciller on it, George Tuska, had to go in for some elective surgery. So I did the first issue, which I plotted out with Mike Friedrich, and then the second one I worked with this writer Steve Gerber. We did a funny Iron Man issue, and Stan Lee hated it so much he fired both of us.”

(5) CAPTAIN AMERICA. “MIT students deck out dome with Captain America shield” – the Portland (ME) Press-Herald has the story.

The Tonopah Westercon committee is a standing committee of San Francisco Science Fiction Conventions, Inc. answerable to the corporation’s Board of Directors. Our organizing committee consists of the following people, with others helping on an ad hoc basis.

(7) IT’S HISTORY. “And she’s not only merely dead, she’s really most sincerely dead.” At Gizmodo/io9, last Thursday’s Morning Spoilers column drops the news that “At Least One of the Game of Thrones Spinoff Series Is Truly Dead” and the creator is done, at least for now, at HBO. Tidbits for a dozen or so shows are shared in the column.

Speaking to the Hollywood Reporter, Bryan Cogman confirmed that his time with the franchise is over for now—because the spinoff series he was attached to is officially scrubbed…

An overnight fire ripped through a forest in England that provided the setting for the Winnie the Pooh children’s stories.

The blaze at Ashdown Forest, in East Sussex, started at around 9.30 p.m. on Sunday and affected an area of more than 35 acres, according to the East Sussex Fire and Rescue Service.

Six fire crews were on the scene as flames fed on dry undergrowth in the High Weald Area of Outstanding Natural Beauty.

Winnie the Pooh author A.A. Milne, who lived in nearby Cotchford Farm, Hartfield, drew inspiration from Ashdown Forest to write the popular series of children’s books in the 1920s….

(10) PACHYDERM IN FLIGHT. “Dumbo: How we made the visual effects” – BBC has a video.

Moving Picture (MPC) company’s Richard Stammers, the Overall VFX Supervisor for the Walt Disney film Dumbo, tells BBC Click how the digital effects for the movie were put together.

(11) SPOILER ALERT. “Game of Thones: Secrets behind Winterfell battle episode” – the secrets apparently include “11 weeks of night shooting,” “Too cold to snow.”

It’s taken eight years, 70 episodes and thousands of deaths to get us to this moment.

The epic fight between the living and the dead in Game of Thrones was shown in the UK on Monday.

The episode, called The Long Night, lasted 82 minutes and took viewers on a rollercoaster journey featuring our favourite characters…

HBO, makers of the fantasy drama, have also released a behind-the-scenes video giving some of the secrets of how it all came together.

(13) BEAUTIFUL BOOK. Look at the gorgeous endpapers in the Russian edition of Goss’ novel:

I want to take a moment this morning to wish hearty congratulations to all of this year’s most worthy Rondo Award winners. As always, the nominated films, television shows, writers, and artists were strong and worthy contenders, and each winner was deservedly voted the absolute best in his or her field of endeavor. In particular, however, I’d like to pay respect and homage to Veronica Carlson, Caroline Munro, and Martine Beswick whose long overdue recognition by The Rondo Hall of Fame was enthusiastically welcomed, and for my lifelong friend and brother, Wes Shank, whose loss late last Summer shattered us all, and whose entry last night into “The Monster Kid Hall of Fame” was a most fitting tribute to a beloved friend and fan. My personal remembrance of Wes was posted on File 770. Congratulations once again to all of this year’s most deserving Rondo Award winners.

(15) WHERE NO CAT HAS GONE BEFORE. Well, cremated cat, says Space.com: “RIP Pikachu: Ashes of Beloved Cat Will Launch to Space in Cosmic Burial”.

A cat lover and space fan is about to make history by launching the remains of a cat named Pikachu into orbit around the Earth.

“Pikachu will have a final send-off like no cat has ever had before,” Steve Munt, Pikachu’s owner, wrote on a GoFundMe page dedicated to raising funds for Pikachu’s space memorial. Thanks to a company called Celestis — which also offers memorial spaceflights for humans — the orange tabby’s cremated remains will hitch a ride to space as a small secondary payload on a satellite launch sometime in the next 18 months, Munt told Space.com.

(16) MICE IN SPACE. These mice, however, made it to orbit while still alive. Ben Guarino in “Up in space, mice found a new way to play” in the Washington Post, says a paper in Scientific Reports discusses what happened to mice that spent a month in the International Space Station on the NASA Rodent Habitat.

After more than a week in space, young mice began to psrint and glide, as though they were zooming inside invisible hamster wheels.  The scientists called this circling behavior, which they hadn’t seen before, ‘racetracking.’  Within a few days, other mice joined the fray.  As a group, they ran laps around the habitats, reaching speeds of about a mile an hour.  It’s strange to watch.

(17) HEDGEHOGGING THE ROAD. Sonic The Hedgehog is fast enough to create a blue shift.

He’s a whole new speed of hero. Watch the new trailer for Sonic The Hedgehog, in theatres this November 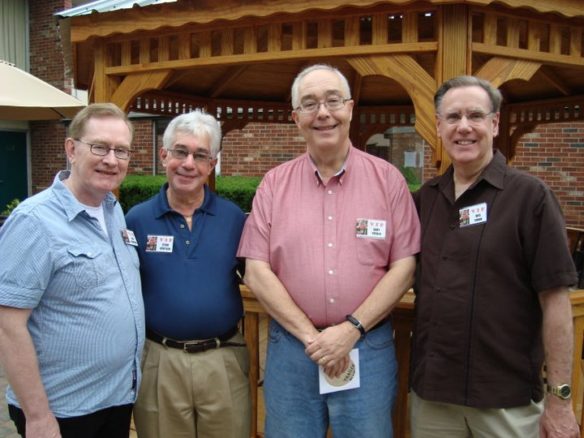 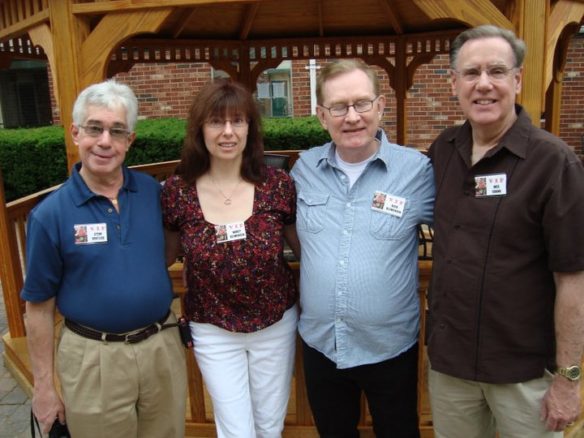