Could it be rumors of Yutu’s death are greatly exaggerated?

Someone even felt confident enough to post “Hi, is anybody there?” on the rover’s Weibo account on Thursday.

According to an Al-Jazeera report —

After the rover’s awakening this week, Pei Zhaoyu, a spokesman for the lunar probe program, said it was still not functioning properly.

“It’s awake. We have a signal. But the problem still hasn’t been resolved,” Pei said, but gave no further details. 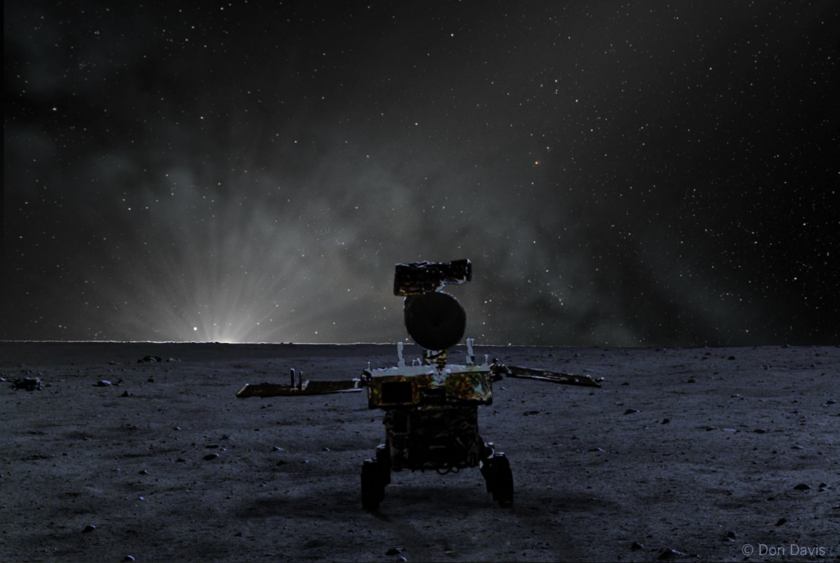 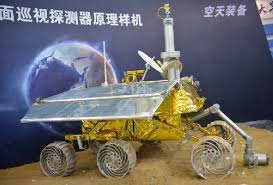 Yutu, China’s Moon rover, has suffered a potentially crippling breakdown that may keep it from enduring a two-week lunar night when temperatures can plunge to minus-180 Celsius.

According to the Associated Press —

The 300-pound rover was traversing a relatively flat part of the moon known as Sinus Iridum, or the Bay of Rainbows, at a speed of 200 yards per hour. The landing vehicle, which has already shut down for the lunar night, is designed to conduct scientific examinations for one year.

Online speculation focused on the possibility of lunar dust having blocked one of the solar panels from folding inward, leaving equipment exposed to the dangerously low temperatures. It won’t be known if the probe is able to
function again until after the two-week break.

In anticipation of the rover freezing to death China’s state-run Xinhua news has issued the rover’s farewell remarks in a first-person report. The following quotes are from CNN.

Although I should’ve gone to bed this morning, my masters discovered something abnormal with my mechanical control system. My masters are staying up all night working for a solution. I heard their eyes are looking more like my red rabbit eyes…

Before departure, I studied the history of mankind’s lunar probes. About half of the past 130 explorations ended in success; the rest ended in failure…

This is space exploration; the danger comes with its beauty. I am but a tiny dot in the vast picture of mankind’s adventure in space.

The sun has fallen, and the temperature is dropping so quickly… to tell you all a secret, I don’t feel that sad. I was just in my own adventure story – and like every hero, I encountered a small problem.