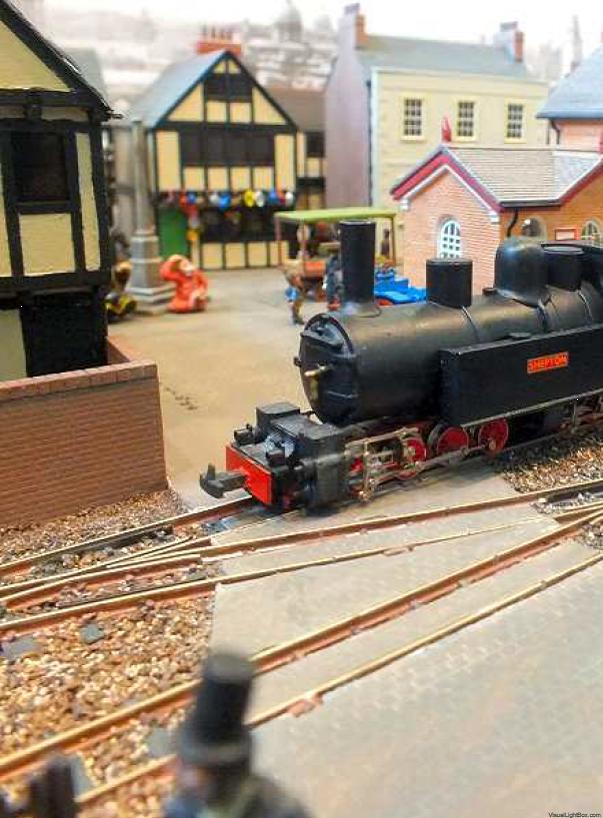 Helping to set the scene are the Alchemists’ Guildhall (complete with stuffed alligator), one of the many Watch houses, a (working) Clacks tower and, of course, Mad Lord Snapcase’s Cruet set. Looming over the rear is the back of the Theatre. There are also a number of privies to be found. Most of the buildings are scratch-built from card; a number are illuminated and so have internal decoration.

Human figures in Victorian / Edwardian costume are readily available; finding wizards, dwarfs, trolls and other out of the ordinary figures is more problematic. Fortunately, the war-gaming fraternity could supply many of these figures. The Librarian – and the stuffed alligator – were commissioned pieces.

Angst-Lesspork is already famous among model train aficianados, having been featured in the January 2013 issue of Railway Modeller.

A number of times at exhibitions, people have asked me where the elephants were, that support the “world”. Well I decided that I should attempt to produce some “feet” to be visible below the skirt that hangs at the front of the layout. 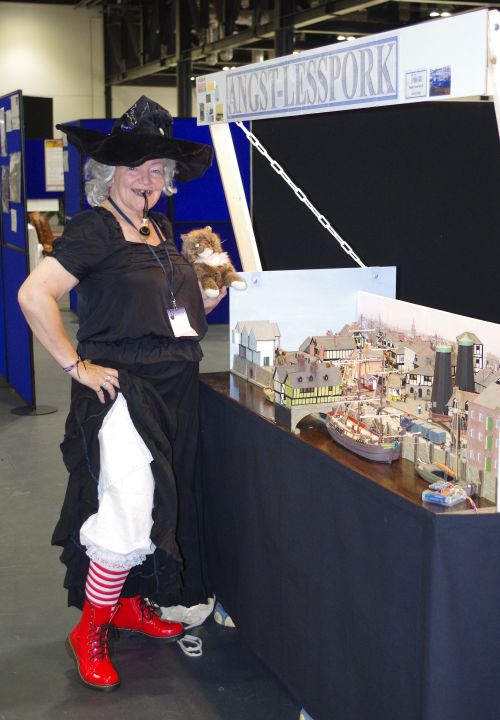 Layout on display at LonCon 3 in 2014. Look carefully and you’ll see an elephant foot under the table.

You can take even an imaginary train ride around town in this video, shot with a “keyfob” camera mounted on a flatcar.

[Thanks to James Bacon for the link.]