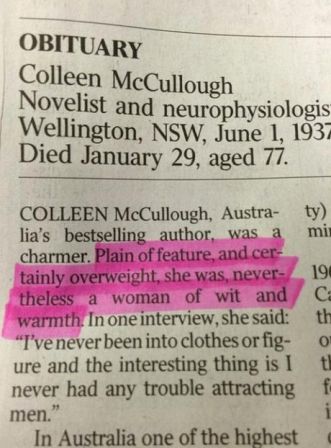 3 thoughts on “Tasteless McCullough Obituary Sets Off Avalanche of Parodies”