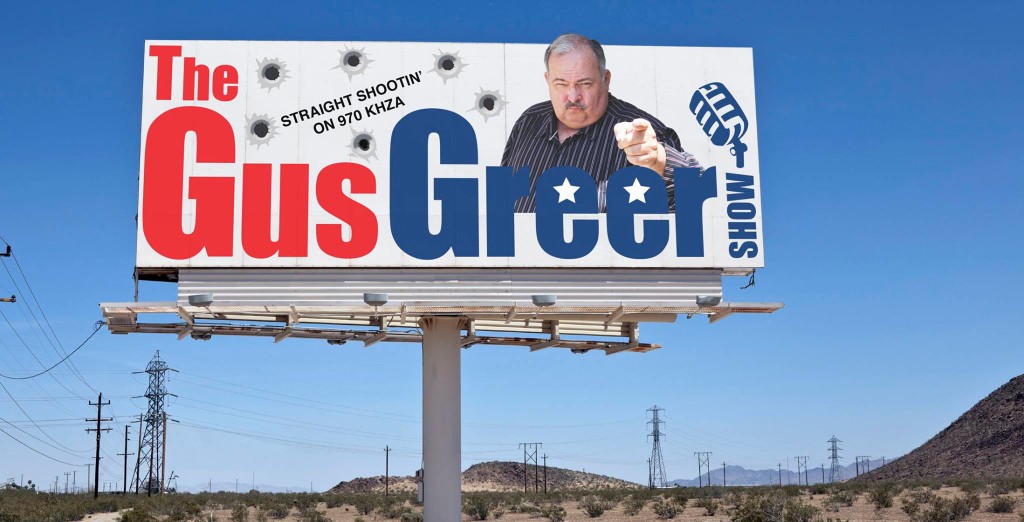 Edward L. Green, actor and former president of LASFS, enjoyed the limelight a week ago at the LA screening of Savageland, a documentary-style horror film in which he plays right-wing talk show host Gus Greer. 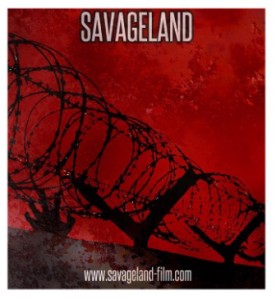 The independent film was made in 2013.

On the night of June 2, 2011, the largest mass murder in American history occurs in the off-the-grid border town of Sangre de Cristo, Arizona, just a few miles north of Mexico. The entire population of 57 disappears overnight, and the next morning nothing is left but blood trails into the desert…

The police arrest the lone survivor: an illegal immigrant, Francisco Salazar, who is found covered with the blood of a number of his fellow residents. Despite a lack of convincing forensic evidence, Salazar is charged with all the murders, against the backdrop of racial hysteria and paranoia that permeates the US/Mexico border.

During the trial, a compelling new piece of evidence emerges: something terrible and remorseless passed through the town that night, and Salazar was the only one who recorded it. On one roll of film – 36-photographs – is the record of a gruesome wave of horror, and quite possibly, a haunting glimpse of more bloodshed to come.

Len Wein, who also worked on the film, is briefly in the trailer at 1:26.

1 thought on “That Green and Savageland”