Help is on the way. 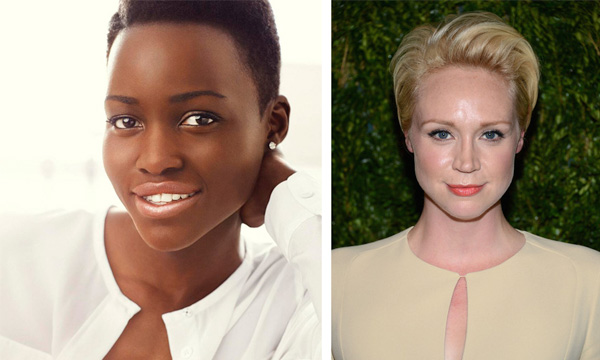 When April’s Star Wars Episode VII cast announcement listed only one new female character, io9’s Annalee Newitz despaired, “It’s as if 51 percent of the population cried out in pain, and was suddenly silenced.”

Today StarWars.com reported a pair of star actresses have been added to the cast of Episode VII, Oscar winner Lupita Nyong’o and Game of Thrones’ Gwendoline Christie.

Lupita Nyong’o’s…breakthrough performance in 12 Years a Slave earned her an Academy Award for Best Supporting Actress.

Gwendoline Christie, currently starring in the hit television series Game of Thrones as Brienne of Tarth, has also been cast in the production. She can next be seen in The Hunger Games: Mockingjay – Part 2.