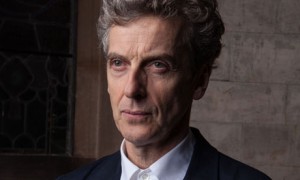 Peter Capaldi will be  the new Doctor Who, the twelfth to take on that role in the long-lived BBC series. The announcement was aired in a special program on August 4.

The 55-year-old Glasgow-born actor is best known to BBC viewers as “foul-mouthed spin-doctor Malcolm Tucker ” in The Thick of It.

Capaldi has appeared on Doctor Who before, in 2008 playing Roman merchant Caecilius in “The Fires of Pompeii.”

The selection of Capaldi seems to have been foreshadowed by his role in World War Z, where he played a researcher for the World Health Organization and was listed in the credits as “W.H.O. Doctor.” (It’s right there at IMDB!)

3 thoughts on “The Doctor Is In”