If winter’s really coming, you’ll have to change into something warmer. By then George R.R. Martin may have stopped croggling over these “GRRM Leggings” he discovered on sale from Poprageous. 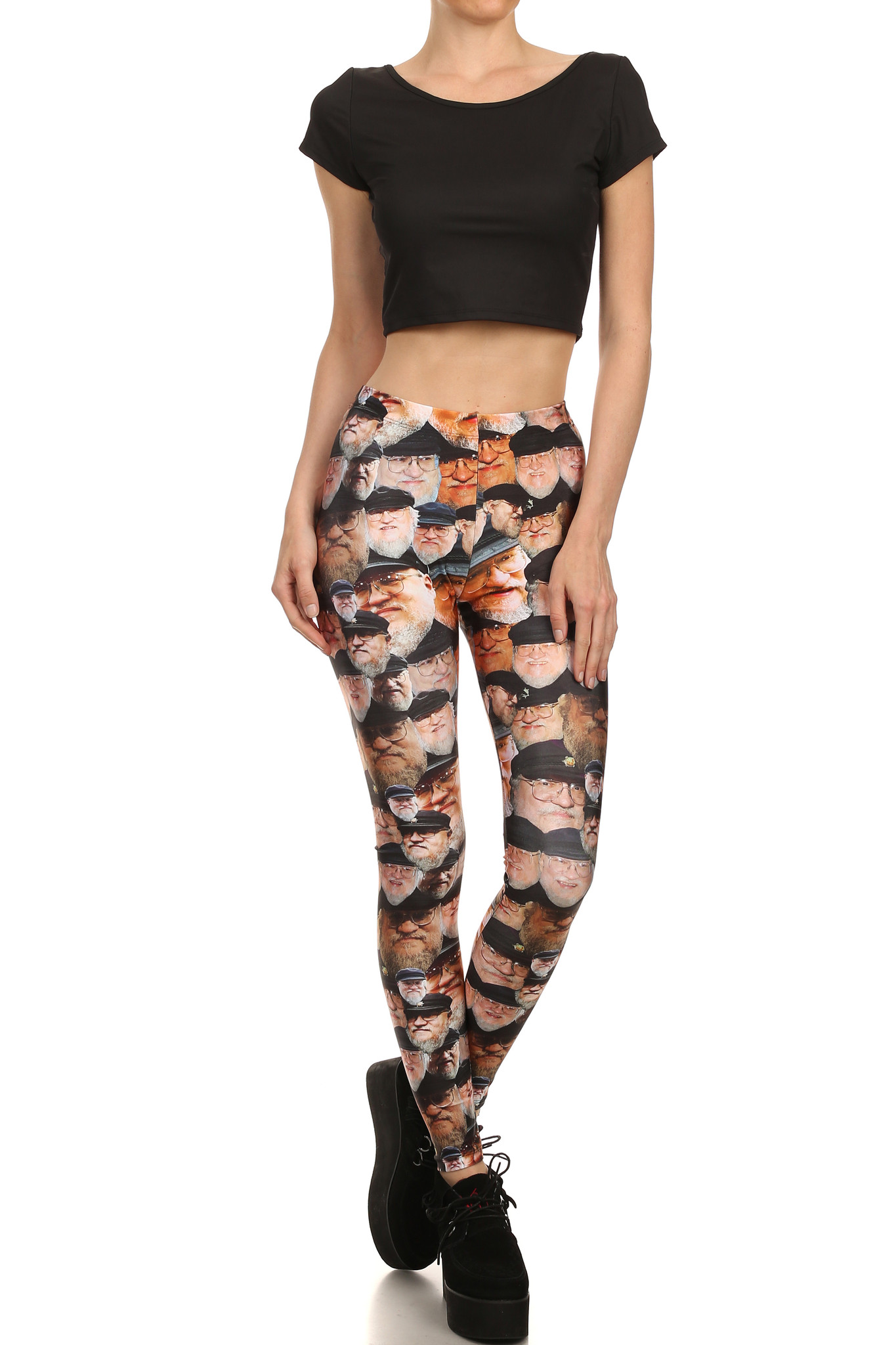 I HAD to make these leggings to pay homage to George R. R. Martin, the mastermind behind Game of Thrones. GRRM, you tha real MVP!

Some of the other Poprageous leggings will also be popular with the svelter geeks. 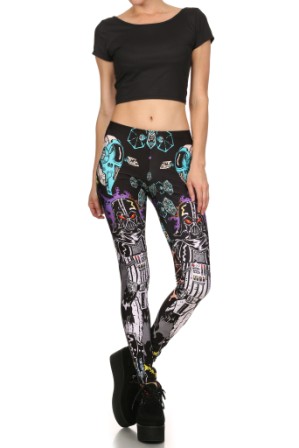 J.Q. Hammer began drawing at an early age, and pursued his artistic ability through high school and onto college, where he was the head of the art department for his community college newspaper. Shortly thereafter, he attended the Laguna College of Art and Design in Laguna Beach, CA.

People took notice of his unique art style and as a result, he has worked for various companies and individuals, illustrating everything from comic books, children’s books, storyboarding, white board business cartoons, posters, CD covers, game artwork, and has even dabbled in animation and body painting. He has also had several successful Kickstarter campaigns, one of which being a western reimagining of the Teenage Mutant Ninja Turtles. 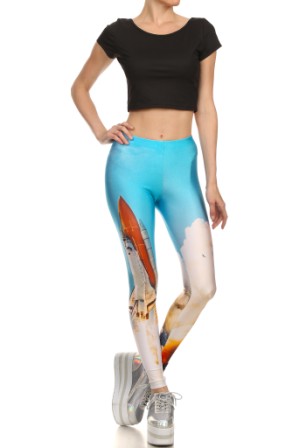 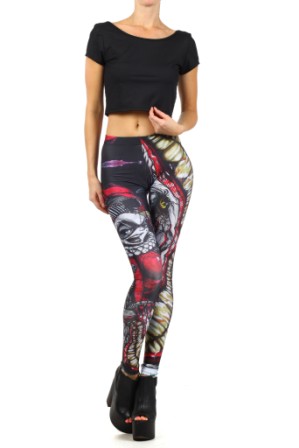 Born in Los Angeles in the 70’s, Rask Opticon found himself drawn to the graffiti that graced the streets of his hometown. His early influences ranged from street art and video games to cartoons. This led to an interest in Anime in his teens – a medium where storytelling and vivid imagery combined.

He now takes on a vast array of different mediums – canvas painting with airbrush and paint brushes, digital painting with a graphic tablet, sculpting, spray paint and the list goes on! His is style of art is described as dark, vivid, cybernetic/electronic, fantasy and sometimes cute or like someone once said,” it’s like a distortion of life.” It’s like art with a Bi-Polar disorder with no remedy in sight. 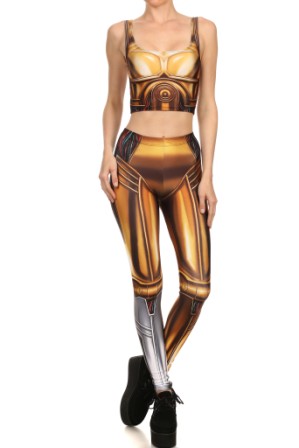 Let your inner robot out!

9 thoughts on “The Game of Fashion”