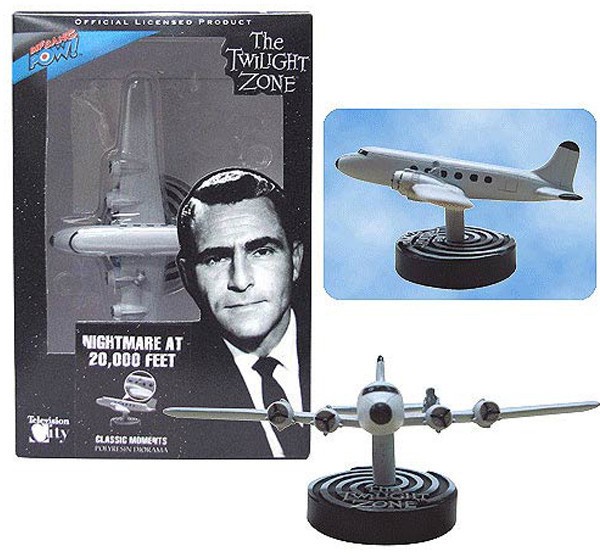 Starting to feel panicky because you haven’t a clue what to send that special fannish someone? Send the “Nightmare at 20,000 Feet!” diorama from Captainco!

The white four-engine airliner comes mounted on a black base with a spiral Twilight Zone logo. And the big picture of Rod on the box is the ultimate seal of approval.

4 thoughts on “The Last-Minute Santa Zone”