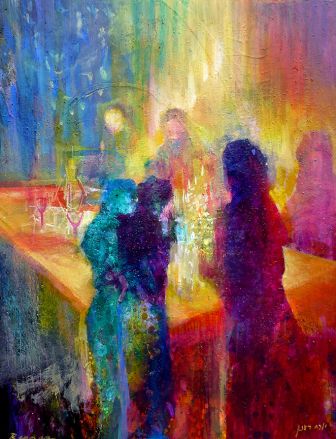 By James H. Burns: All I really want, I suppose, is to hear the music of my forefathers.

But the latest scenes of reverence may not be the place to do it.

Like many Jewish people, I may not be the most observant, but in my heart — and certainly in my cultural, religious identity — I most fully identify with my heritage.

For years, I’ve meant to reconnect with a synagogue.

I was spoiled, as a boy, in that my family belonged a temple led by a young, fairly hip rabbi, Sanford Lowe, at Temple Judea, in Valley Stream (long gone, since the early 1970s).  Lowe was great with the kids, but at the height of the Vietnam War, wearing one of the first renditions of the peace symbol on a medallion chain, may not have endeared him to the congregation’s more conservative members. 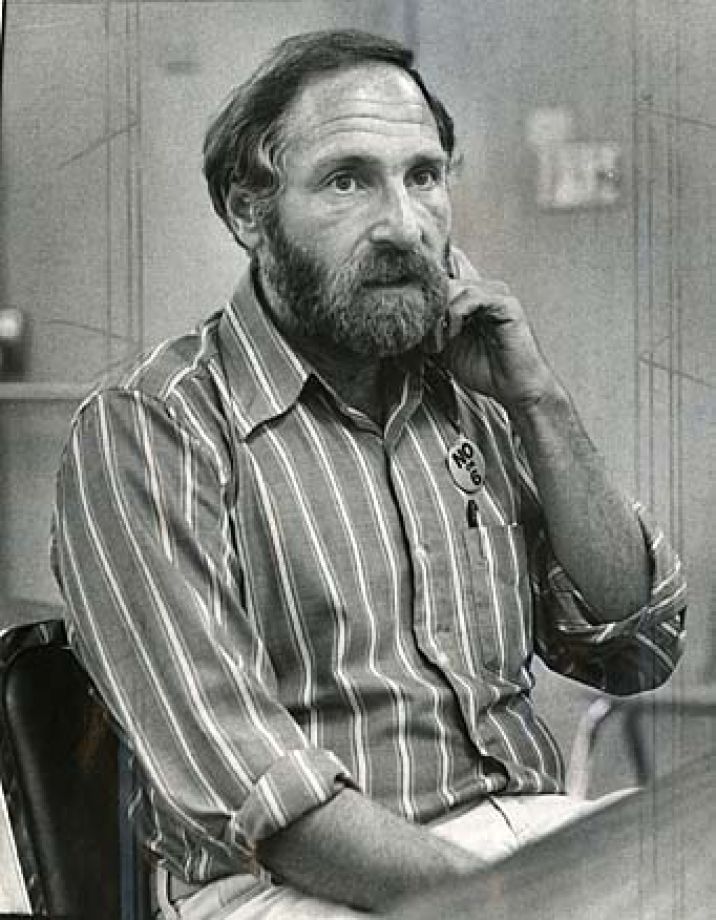 (There was a special enchantment when Rabbi Lowe, in this site I found so filled with fascination, gave a sermon discussing the theological questions raised by the era’s most “mind-blowing” of movies, 2001: A Space Odyssey: literally a story that attempted to explore the infinite, and perhaps even the divine.)

As an adult, my visits “to shul” became limited to memorials, weddings, bar and bat mitzvahs, and a myriad of other celebrations.

But when my father passed away over twenty years ago, I felt that one of his children should be in temple that weekend, saying a prayer. When I walked into Temple Gates of Zion, I was stunned to see that the synagogue was empty.  A custodian pointed me in the right direction, to a meeting room off a corridor.

Attendance on some Friday nights was too limited to use the huge sanctuary.  Mostly, the twenty or so gathered were old men.

It brought tears to my eyes, and a warmth to my soul, to once again hear the prayers and melodies I had known in my youth. It was also charming to think that I was in the kind of small chamber that my grandfathers would have worshipped in, during the first part of the Twentieth Century, in humble storefront temples, and the like, on the lower East Side of Manhattan, and in Brooklyn.

Later that year, I attended services on Yom Kippur, the High Holy Day which among its tenets, commemorates those whom we’ve lost.

Aside from a few Friday nights at the Actors Temple (the New York City synagogue that goes back nearly one hundred years, to the heyday of vaudeville and Broadway, and whose members included some of the greatest Jewish comedians and other stars of stage and screen), and other festivities, I hadn’t been to synagogue with any regularity until the past few months —

When I finally began an exploration I meant to commence two decades ago:

Seeing if there was a temple locally in Nassau County that spoke to me in the same lovely way I remember from when I was a boy. 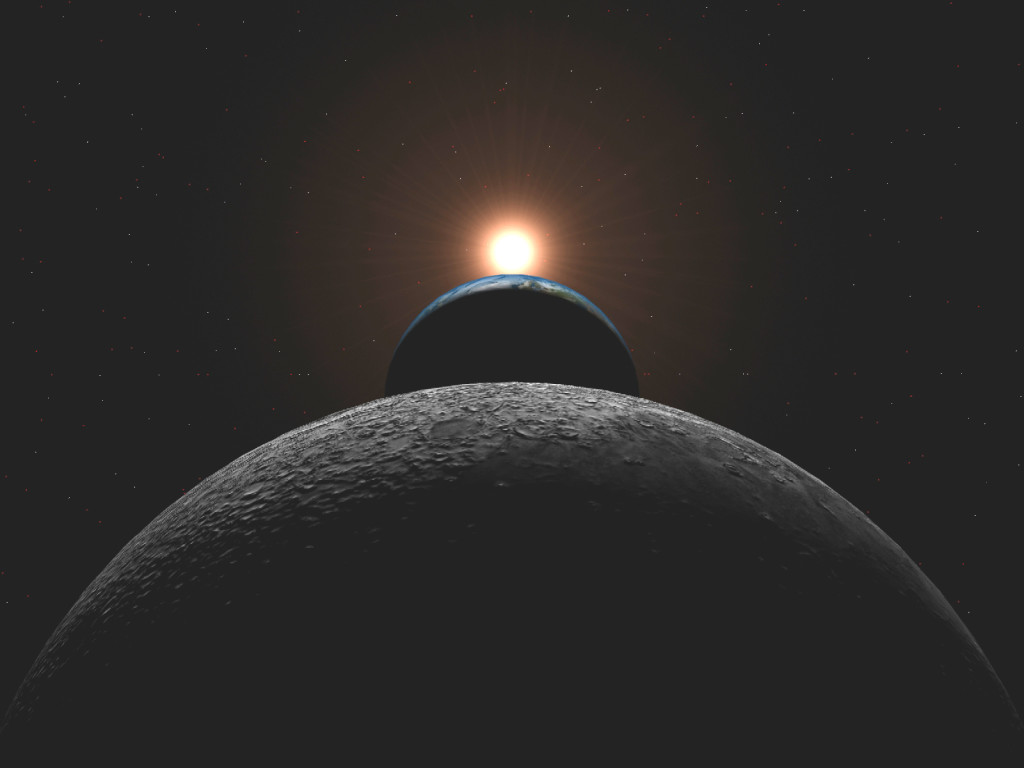 For children, any religion can be scary; or maybe better phrased, impressive, as one is struck by the immensity of the universe, and the majesty of the concept of an ever present lord.

(That particular blend of awe and wonder, I have only since felt in certain theatres, sitting in total darkness, before a play commences; when looking up at a star-lit sky; or while gazing at our beaches’ view of the Atlantic. (When standing on the boardwalk on Long Beach, watching the waves, often I’ve wondered, “With such resplendence, how can anyone doubt the existence of God?”)

The pleasure of being together in a community setting is, of course, another benefit and appeal of praying with neighbors.

As I’ve gone to several synagogues, however, I’ve been astonished that so often, the music is gone:

The cantor (or “chazzan”) — the singer trained to help lead the assemblage (at times, with a superb voice) — is often playing a guitar, or being accompanied by a similar musician or two.

The psalms of the ages now sound like a folk music concert, or genial pop music standards.

Many churches, throughout the nation — I’m told by a very devout friend (the son of a Christian minister) — have adopted the same practice.

Clearly, all of this is an attempt to seem more modern, and appeal to younger celebrants.  But since so many temples and churches continue to struggle with, at best, reduced crowds, one has to question such wisdom.

Don’t get me wrong.  I’m a rock guy from way back,.  Some of my brightest memories of growing up in Long Island are of playing in the back yard, with the hits of the 1960s emanating nearby, from a little transistor radio. (How were any of us to know that many of those harmonies were soon to be regarded as classics?)

In the late 1960s, Temple Judea actually must have been one of the first “Houses of God” ever to have a full rock concert service, enlisting an outside group.

(“The Hamilton Face Band” released an album of the event, Kabbalat Shabbat. Its lineup included performers who would soon become a member of the Frank Zappa band, a long-term staff writer for United Artists music, and Steve Margoshes, a Broadway composer and orchestrator of the last few decades.) 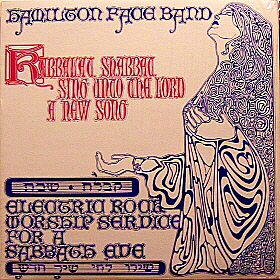 Later that year, some of the congregation’s more talented teens got the Rabbi’s permission to enact their own “rock service.”  (My brother, the late Bradden Burns, was one of the driving forces behind the second concert, adapting adorations and invocations, and starring in the presentation when he was only fourteen!)

“Tradition,” however, shouldn’t be merely the title of a memorable Broadway tune.

There is strength and joy in maintaining the spirit, and lyrical themes of our ancestors–both distant, and direct!

I realize that the answer, in my example, may simply be to go to the more conservative, or orthodox, of Jewish temples.

Adaptation, and evolution is necessary, of course, for the survival of any culture. Yet we ignore a religion’s most beneficent rituals, I believe, at the peril of losing the enduring essence of what being in a house of worship has happily meant for the followers of many faiths, during our uniquely American epoch.

I don’t feel that you have to be in a church or synagogue to have a relationship with God, or to sense a spiritual presence in one’s life.

It can be glorious, after all, to experience such a personal song of sanctity.

But there is a particular beauty when the walls and halls of our centers of devotion also echo, with all these notes of grace:

Indeed, a symphony in time. 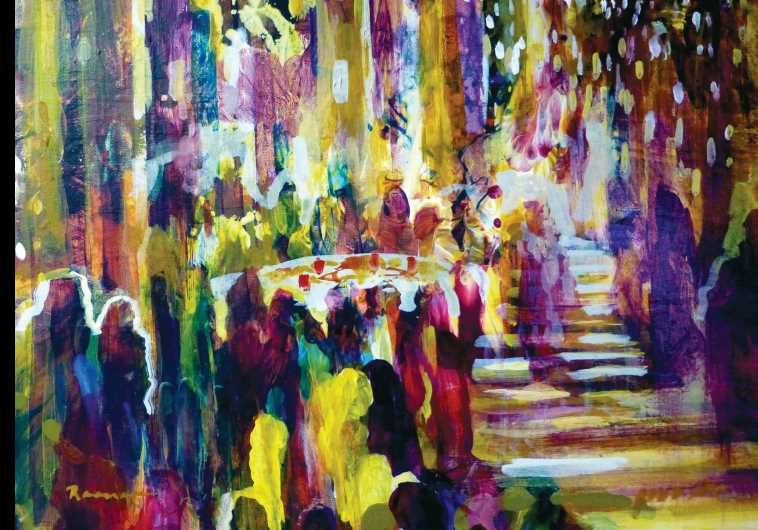 (An earlier version of this essay appeared in Newsday, as “Searching For a Spiritual Home.”)

(James H. (Jim) Burns adds:  I discovered the remarkable artwork of Yoram Raanan, a Philadelphia University of Arts graduate, while searching for images for this essay. If you were as moved and intrigued by the two images featured here as I was — or would love to see some simply fantastic paintings in various styles! — please check out the gentleman’s website! http://www.yoramraanan.com/#!biography/c1uvr.)

3 thoughts on “The Music of the Spheres (And Our Youths!)”