Is that one of the elves or Pinocchio wishing the people on your list a merry “Hey-they-said-it-shipped-in-time-for-Christmas”? This is the very last moment you can still order that significant sf fan in your life a holiday gift for Christmas. Or to get credit for being really early for Twelfth Night. It’s up to you!

The Officially-Licensed Doctor Who Ornament Set includes 5 ornaments: Dalek, Cyberman, the Doctor Who classic logo, the Sonic Screwdriver, and the TARDIS. Each measures approximately 2.5 inches. 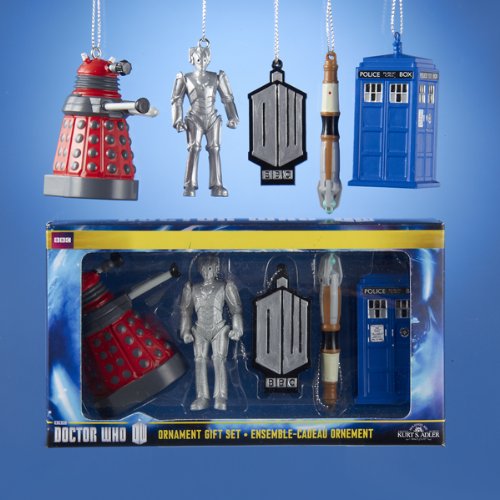 Big Bang Theory Monopoly: “The physics may be theoretical, but the fun is real! Buy, sell and trade key locations like Sheldon & Leonard’s Apartment or Mrs. Wolowitz’s House. Mock your friends as they land on your properties updated with houses and hotels renamed Colliders and Super Colliders as you advance your way to victory!” 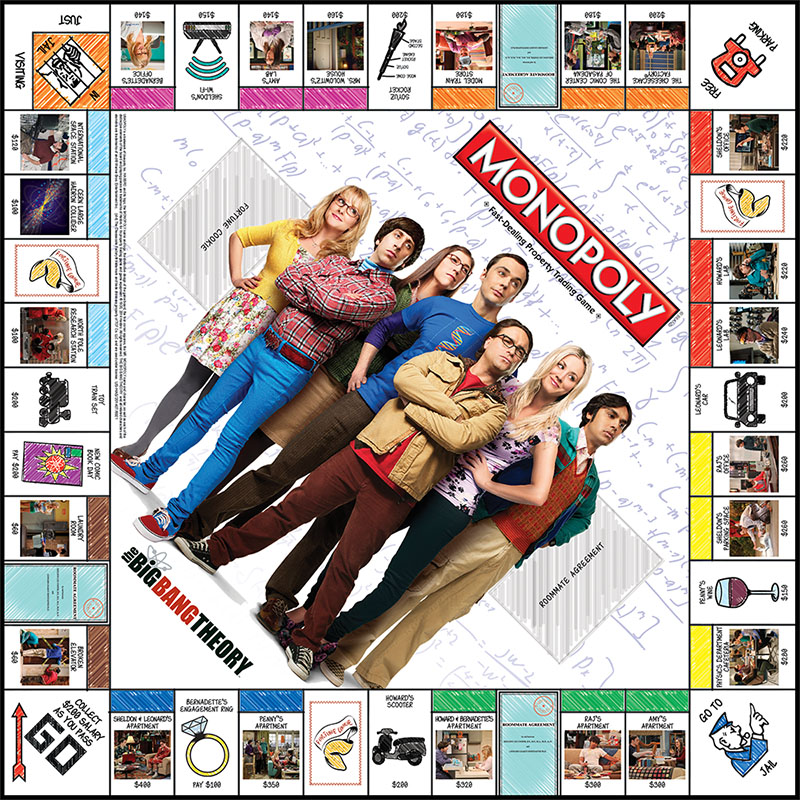 Star Trek cast T-shirt from Omni: “There is only one man who can boast that his powers of seduction have taken him where no man has gone before, Captain James T. Kirk. Although this Among The Stars t-shirt features the entire cast, it was Captain Kirk that made himself well known, especially to the ladies. His status as an interstellar stud is proven by his ability to seduce anyone, in any situation, in any part of the galaxy. From high society royalty to insane asylum slave girls and from blood-sucking shape-shifters to emotion-deprived androids, they all swoon, acquiesce, and malfunction from just one kiss. A single question remains in the minds of millions of Star Trek fans stuck on Earth, how does he do it?” 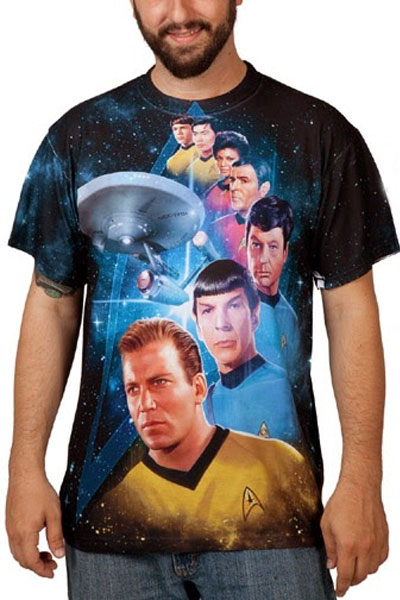 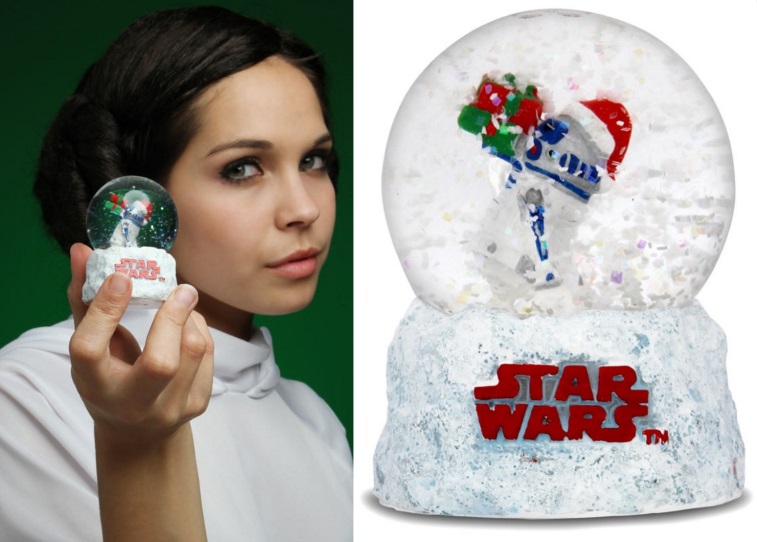 Darth Vader Humidifier: “The stoic Sith Lord employs ultrasonic technology to dispense a gentle soothing mist rather than the loud fans of lesser civilizations that can be heard far, far away.” 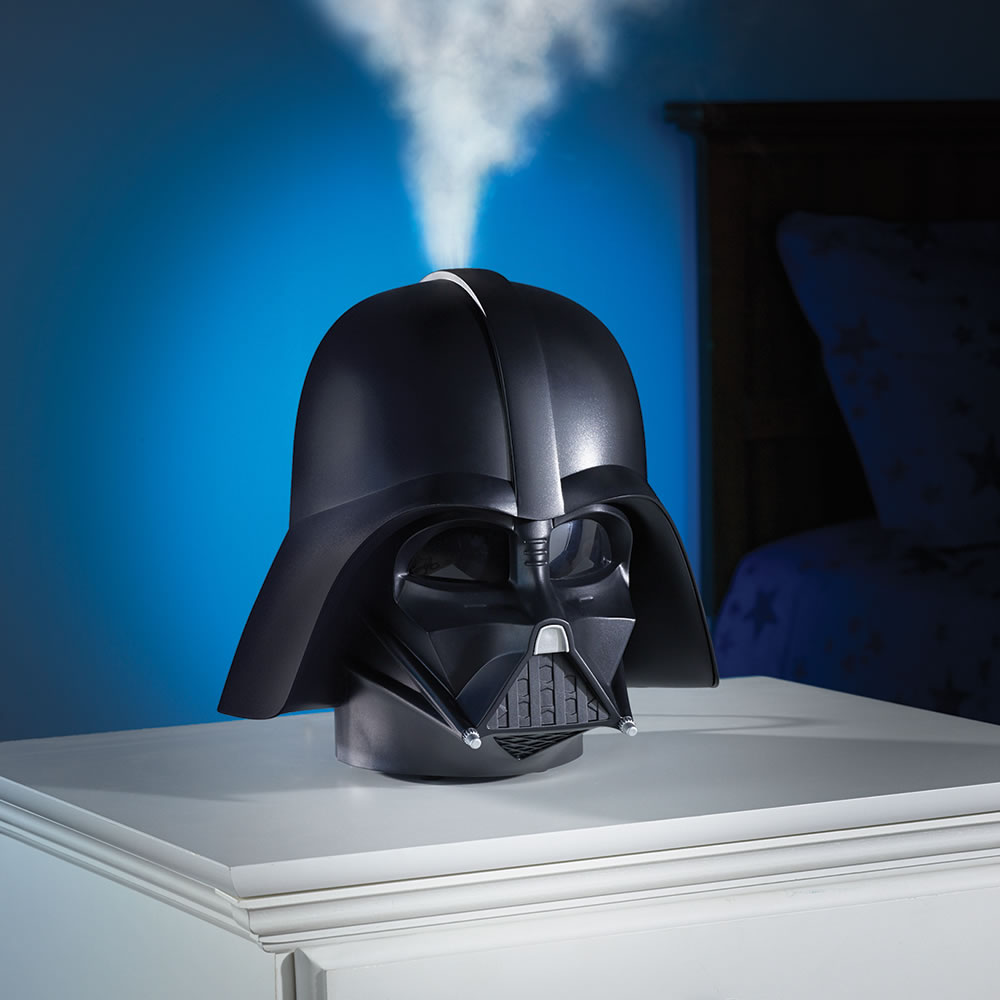 Upside-Down Christmas Tree: Despite my initial reaction, which was far from reverent, I learned there is a religious reason behind the upside-down tree. 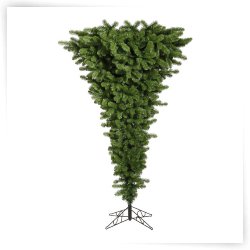