By John King Tarpinian: Thursday evening the South Pasadena, CA main library screened Ray Bradbury’s Wonderful Ice Cream Suit. This is a Disney movie that very few people have ever heard of or seen, yet it is considered to be the best translation of a Bradbury story to film. Among those who thought this was Ray himself. Of course, he wrote the script.

Before the evening’s festivities there were a few guest speakers. Lisa Reynolds, owner of the Fremont Center Theatre, where Ray produced his last plays…Ice Cream Suit, twice. Lisa talked about what an honor to have had her 99-seat theater selected by Ray. Next was Robert Kerr, a member of the Ray Bradbury Pandemonium Theatre Company. 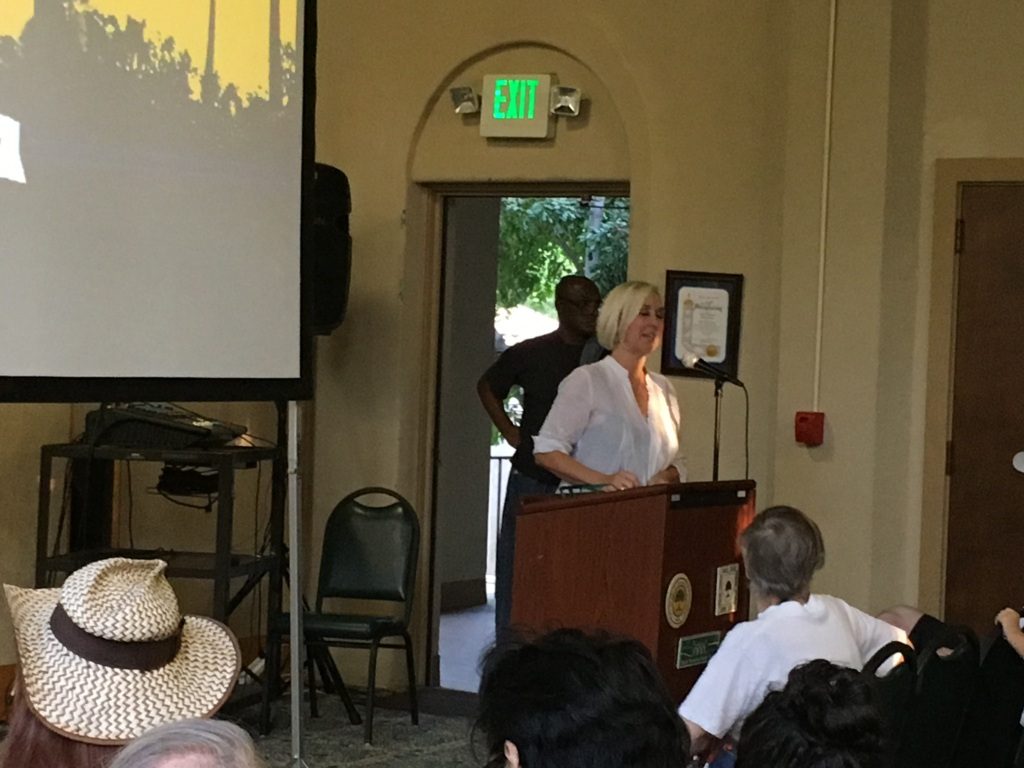 Up next was Stuart Gordon, director. Stuart talked about getting the film made. Ray was on set every day. Sid Caesar and Howard Morris played the tailor and his assistant. Writing a script for those two made no sense, they just improvised their scene. Ray was in tears laughing so hard during filming. If you are too young to have grown up with Your Show of Shows go directly to YouTube. If you have watched The Andy Griffith Show, Howard Morris was Earnest T. Bass. 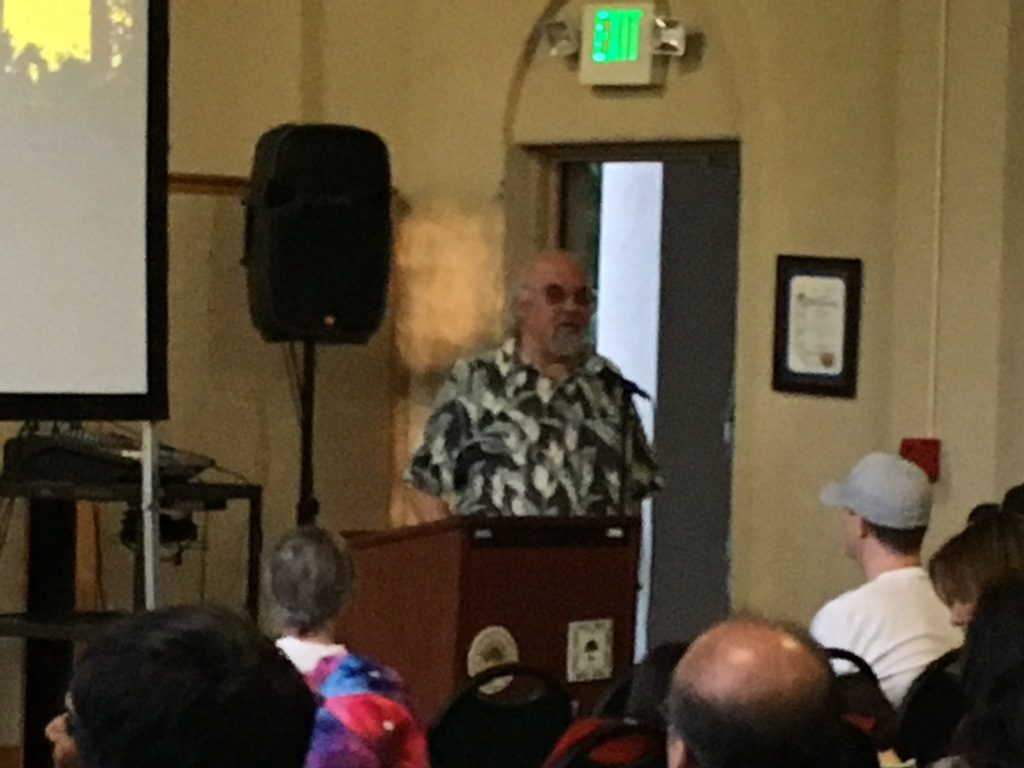 Last up was Joe Mantegna. One of his first acting performances while a young man in Chicago was in a stage production of Ice Cream Suit. Then 25 years later he was asked to reprise the role in the movie. Joe has done other appearances to support the movie and libraries. Last year he helped support the Pomona Library with a screening of the movie. Coming this August 22 (see Wednesday’s Scroll), he will be reading passages in the garden in front of the Los Angeles Central Library on what would have been Ray’s 96th birthday. 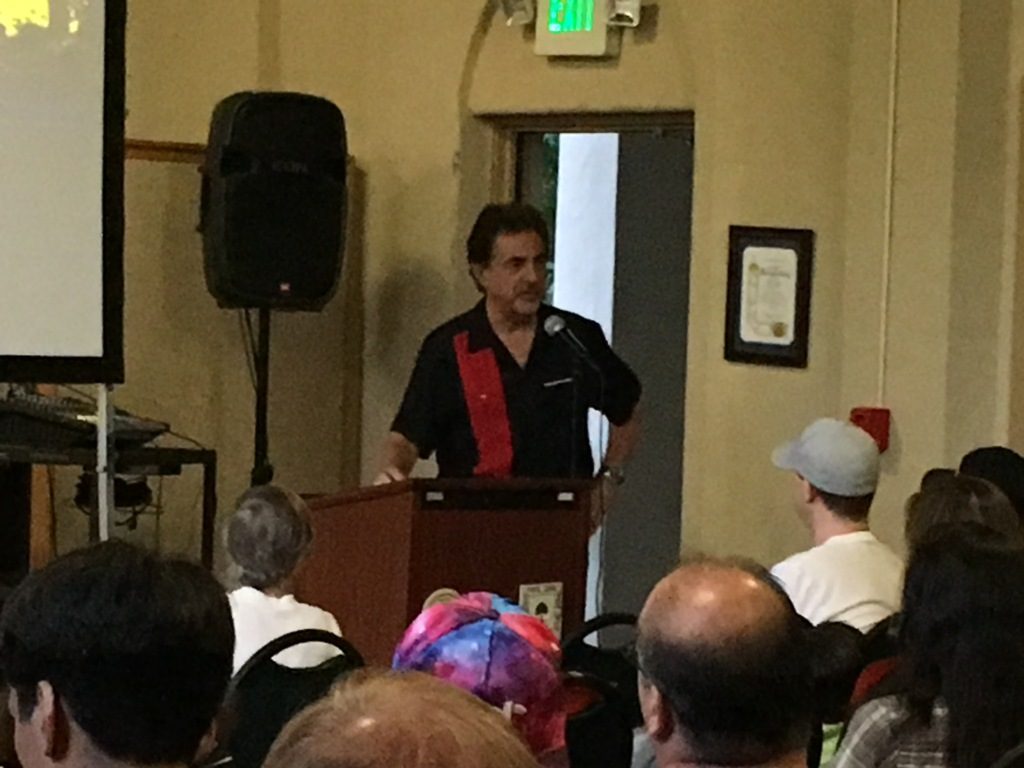 The screening was in a library’s community room, which was the original Carnegie library. They had set up 125 chairs initially and had to put out more as people arrived with some late comers having to stand. This is a fun movie to watch with an audience who has never seen the movie before because of what might be one of the greatest “reveals” on film. No spoiler.

If you’ve not seen this lovely little movie I suggest you go to Amazon to either stream it or buy the DVD. It really is worth it. Not sci-fi but a lovely fairytale.

3 thoughts on “The Wonderful Ice Cream Suit in South Pasadena”