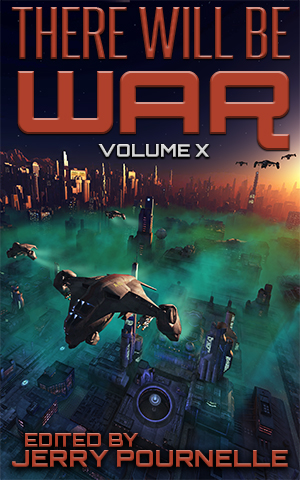 There Will Be War X, the first new anthology in Jerry Pournelle’s military sf series in 25 years, will be released on Amazon next Monday.

“It’s pretty good,” Jerry promises, with a mix of fresh names and favorites. “Several new writers I didn’t know before, and some old standbys like Bova and Anderson with stories that hold up despite their age.”

Here is the complete roster of contributors:

The Castalia House book, says publisher Vox Day, initially will come out as an ebook, then in audiobook early next year, and finally in a hardcover omnibus edition with Volume IX sometime in Spring 2016.

325 thoughts on “There Will Be War Volume Ten”