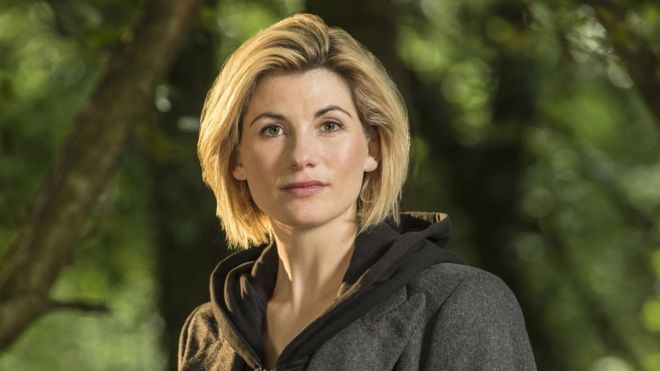 Actress Jodie Whittaker has been cast as the Thirteenth Doctor Who. The BBC revealed the choice in a spot aired today at the end of the Wimbledon men’s singles final.

Chibnall told the BBC the 13th Doctor was always going to be a woman.

I always knew I wanted the 13th Doctor to be a woman and we’re thrilled to have secured our number one choice.

Her audition for the Doctor simply blew us all away. Jodie is an in-demand, funny, inspiring, super-smart force of nature and will bring loads of wit, strength and warmth to the role. The 13th Doctor is on her way.

I’m beyond excited to begin this epic journey – with Chris and with every Whovian on this planet.

It’s more than an honour to play the Doctor. It means remembering everyone I used to be, while stepping forward to embrace everything the Doctor stands for: hope. I can’t wait.

She will make her debut when the Doctor regenerates in this year’s Christmas Special.

[Thanks to Rob Thornton for the story.]