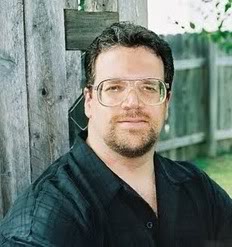 Horror and mystery author Thomas Piccirilli died July 11 of cancer. Piccirilli had over 150 published stories. As a top writer in the horror field he was the winner of five Bram Stoker Awards, two for Best Poetry Collection (A Student of Hell, 2001, and Forgiving Judas, 2015), as well as for Short Fiction (“The Misfit Child Grows Fat on Despair,” 2003), Best Novel (The Night Class, 2004), and Best Alternative Forms (The Devil’s Wine, 2005). He received a total of 16 Stoker nominations during his career.

For his mystery writing he was also a finalist for the 2009 Edgar Allan Poe Award given by the Mystery Writers of America.

Nick Mamatas has written a fine personal tribute to Piccirilli:

Here’s how good he was. A couple of years ago, I left a copy of The Coldest Mile on a bus in Seattle when Olivia and I in town for the Locus Awards. I had used my Virgin America boarding pass as a bookmark. I got a Facebook message from a stranger who found the book and said he’d like to send it back to me. It was a cheap mass market paperback, not the sort of thing anyone would miss or have a sentimental attachment to, but when this guy found the book, he started reading it, and was hooked. And he knew, because of the bookmark, that I hadn’t finished and that I needed to. So he contacted me and mailed the book back to me at his own expense, then filled his Kindle with Tom Pic.

Here’s how good he was. When the cancer came, a young relative of his launched an online fundraiser. She had no idea how much we loved her uncle Pic, and set the fundraiser goal to $500. It ended up being 4,823% funded.