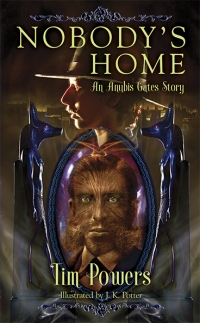 Nobody’s Home by Tim Powers returns to the 19th century London warrens of The Anubis Gates and features one of the novel’s characters. His new 80-page story has just been sent to the printer by Subterranean Press and is expected to ship around year-end.

This is the first time Powers has revisited the world of his time travel novel, a book whose sustained popularity inspired a stage production at this year’s Worldcon.

Tracking the murderer of her fiancee through 19th century London’s darkest warrens, Jacky Snapp has disguised herself as a boy—but the disguise fails when, trying to save a girl from the ghost of her jealous husband, Jacky finds that she has made herself visible to the ghosts that cluster around the Thames–

—And one of them is the ghost of her fiancee, who was poisoned and physically transformed by his murderer but unwittingly shot dead by Jacky herself.

Jacky and the girl she rescued, united in the need to banish their pursuing ghosts, learn that their only hope is to flee upriver to the barge known as Nobody’s Home—where the exorcist whose name is Nobody charges an intolerable price.

There’s a lengthy excerpt on the publisher’s website that shows Powers’ gift for fantastic and forbidding prose:

Midnight was long past, and the London streets were quiet except for the occasional rattle of a carriage and horses, or a distant bell from out on the river. Jacky had spent the evening tracking down a beggar who was rumored to have fur growing all over him like an ape, but when she had cornered the man in the basement of an old pub off Fleet Street, her hand tense on the flintlock pistol under her coat, he had turned out to be only a very hairy old fellow with a prodigious beard—not the half-legendary man she had devoted her life to finding and killing.

J. K. Potter has copiously illustrated the book, which is printed in two colors throughout. 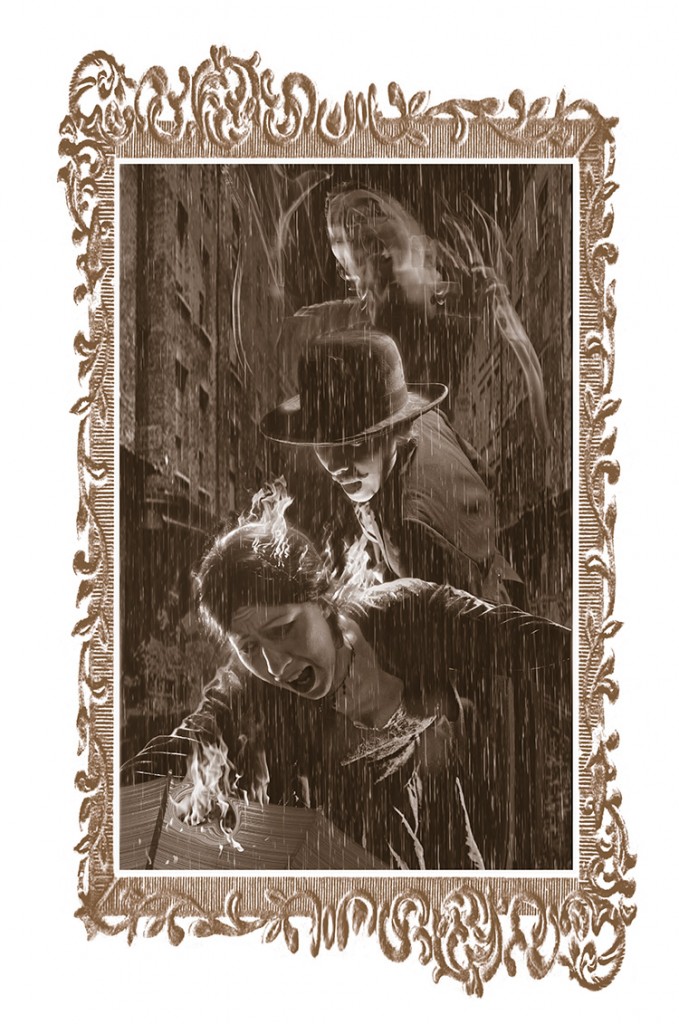