George Lucas won the National Student Film Festival in 1968 with the original version, Electronic Labyrinth: THX 1138 4EB, made while attending film school at the University of Southern California. (Whatever happened to the director of that “student” film?) The 1971 feature was a joint venture between Warner Brothers and Francis Ford Coppola’s American Zoetrope. 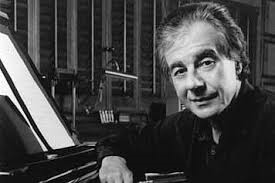 For THX 1138’s ambient music, Lucas wanted something akin to the Muzak of the future; sounds that would seemingly keep the characters in a lull.

Schifrin did exactly as he was asked to do, despite being one of the jazziest composers in Hollywood. His spiffy re-arrangement of Jerry Goldsmith’s theme for The Man from U.N.C.L.E. won an Emmy award in 1965 and he also composed the theme music for Mission: Impossible. Around the same time he worked on THX 1138 Schifrin scored Bullitt and Kelly’s Heroes. Not much elevator music on that resume…

Was his success in creating the “Muzak of the Future” the reason no THX 1138 soundtrack album was produced until 2003? That was an unusual exception, given that record companies issued 17 other Schifrin soundtrack albums between 1964 and 1979.

A few other thoughts about the movie — 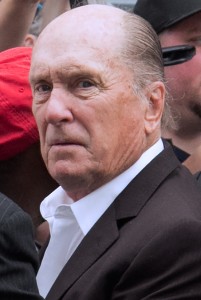 THX 1138 is a title John Lithgow once described as “reading like a license plate number” – a sentiment I’m sure my friend Craig Miller agrees with, being known in local fandom for his personalized license plate that adapts the title as closely as the state of California will allow.

The people of THX 1138’s future society go around with shaved heads. A scene in the documentary Bald: The Making of THX 1138 shows Robert Duvall getting his hair cut off so he can play the title character — a strange thing to think about since the famous actor has spent more of his fabled career bald than otherwise. (Off the top of my head, so to speak, the only role I remember where Duvall had hair was that of Boo Radley in To Kill A Mockingbird. You know how long ago that was.)