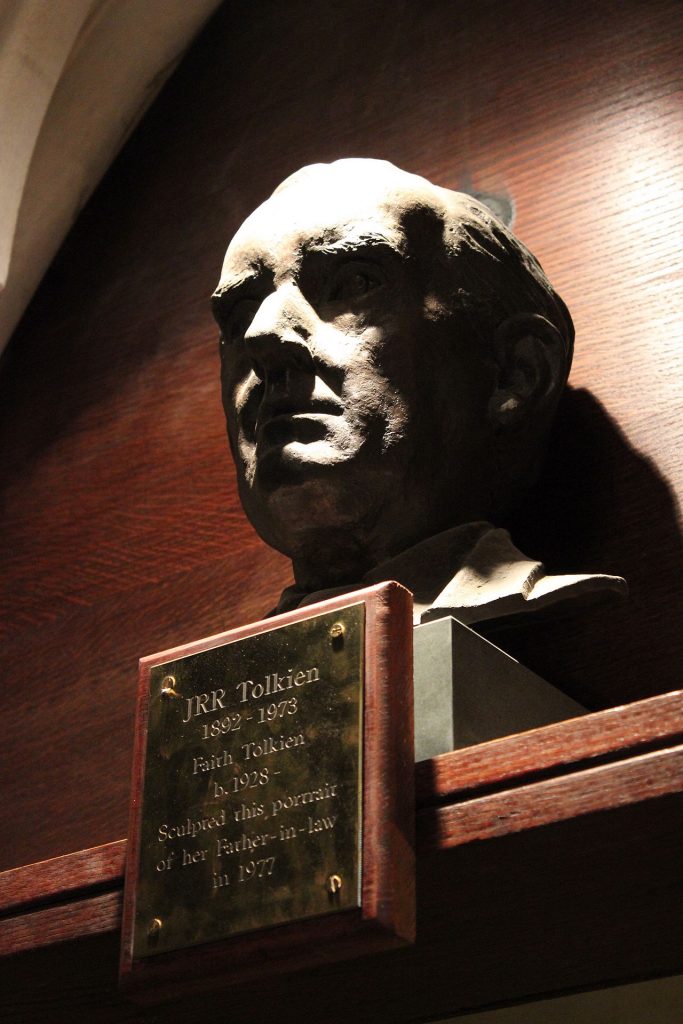 Interest in pursuing Catholic sainthood for J.R.R. Tolkien has lately been re-energized by a special Mass and a new social media campaign.

On September 2, the first mass for the canonization of J.R.R. Tolkien was held. Matt Showering described the service in “A Slightly Unexpected Gathering”, quoted by Reddit’s  r/Catholicism section:

On Saturday 2 September, a Traditional Low Mass was held at the Oxford Oratory to mark the anniversary of the death of world-renowned Catholic writer & philologist JRR Tolkien (+ 1973). The Mass was offered, however, not for the repose of Tolkien’s soul – but rather praying for his Cause for Beatification to be opened.

… The Mass itself was fittingly celebrated in Tolkien’s old parish church (dedicated to St Aloysius) with his granddaughter among the congregation. The Provost of the Oratory, Fr Daniel Seward, spoke in his short homily of Tolkien’s devotion to the Blessed Sacrament, describing it as “the great romance of his life – though I’m not sure what Mrs Tolkien would’ve made of this!”

And in the weeks that followed the closed Facebook group Cause for the Canonization of JRR Tolkien, administered by Tolkien fan Daniele Pietro Ercoli, and the original Cause for Tolkien Facebook group, have been augmented with a new public Facebook group with the same name as the latter:

This is all very early in the long journey towards sainthood, and we’re still learning the canon law process, but from what we can tell the first step in petitioning for the opening of a Cause for Beatification and Canonization is to form a group, called an Actor Causae, which will submit a formal request for an investigation to the bishop of the diocese where John RR Tolkien died.

The official website of the Actor Causae for John RR Tolkien’s Cause for Sainthood in the Catholic Church.

Catholic Tolkien fans in Brazil have been actively following the campaign – the Tolkien Brasil site has covered it in a number of articles (in Portuguese). A post dated October 20 tells how several years ago Daniele Pietro Ercoli contacted the Archbishop who would start the canonization process for Tolkien and got back this answer in 2015: 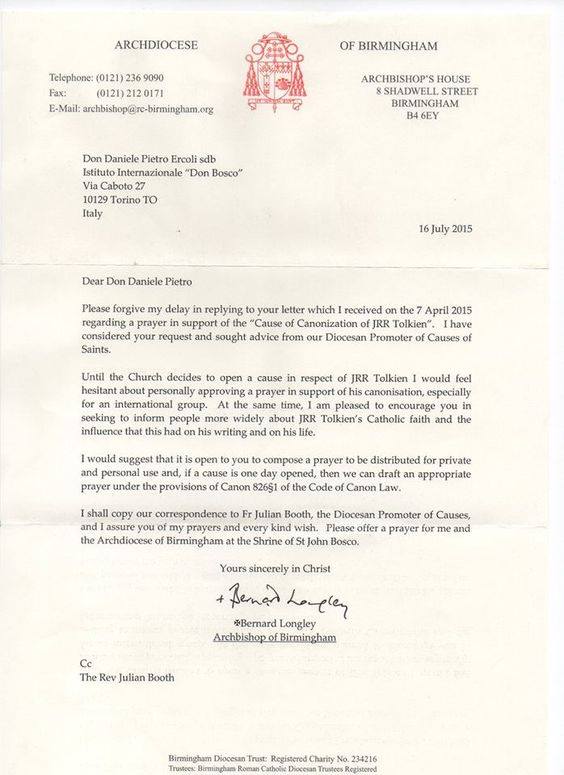 According to the Wikipedia (which is not necessarily infallible in matters of faith…) there are four stages in elevating someone to Catholic sainthood:

Here is the text of the Beatification Prayer used at the Mass on September 2.

O Blessed Trinity, we thank You for having graced the Church with John Ronald Reuel Tolkien and for allowing the poetry of Your Creation, the mystery of the Passion of Your Son, and the symphony of the Holy Spirit, to shine through him and his sub-creative imagination. Trusting fully in Your infinite mercy and in the maternal intercession of Mary, he has given us a living image of Jesus the Wisdom of God Incarnate, and has shown us that holiness is the necessary measure of ordinary Christian life and is the way of achieving eternal communion with You. Grant us, by his intercession, and according to Your will, the graces we implore…,hoping that he will soon be numbered among Your saints. Amen.

31 thoughts on “Tolkien: An Unexpected Sainthood”