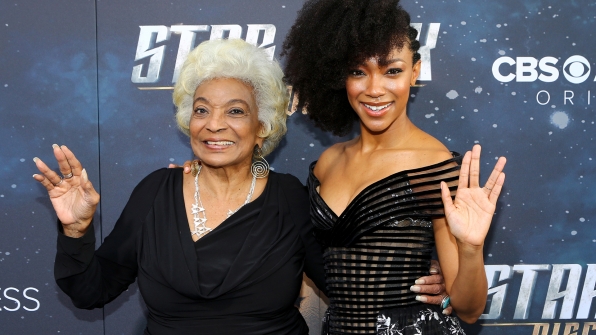 The first two episodes of Star Trek: Discovery were feted in a Hollywood premiere at ArcLight Cinemas on September 19. CBS has posted a gallery of photos of the cast and celebrities in attendance — “Red Alert! All The Red Carpet Arrivals At The Star Trek: Discovery Premiere”. (Pay no mind that the carpet seems to have been blue — let’s consider it a term of art.)

CBS’ photo gallery includes Bjo and John Trimble, recognized for leading the letter-writing campaign that saved The Original Series in the Sixties.

In addition to the stars of Star Trek: Discovery, present at the premiere were William Shatner, Nichelle Nichols, Nana Visitor, Terry Farrell, Adam Nimoy, Jonathan Frakes, Bill Nye, Greg Jein, Rick Sternbach, and Mike and Denise Okuda. (Not all those named here are in the photos.) 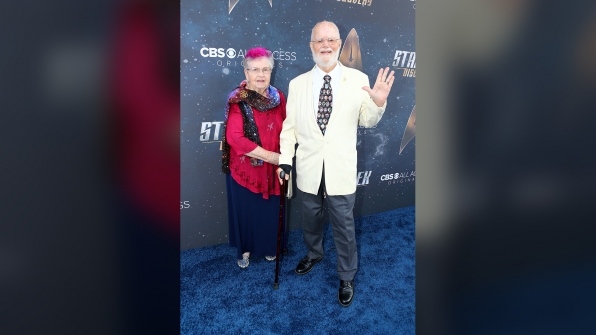