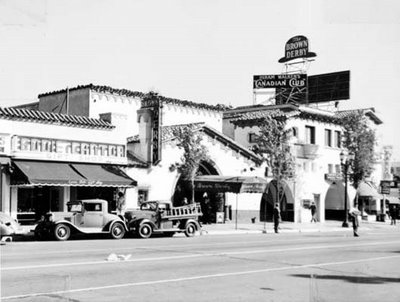 He was the only sci-fi writer with his caricature on the walls of the Hollywood Brown Derby. Name him.

The answer follows the jump. 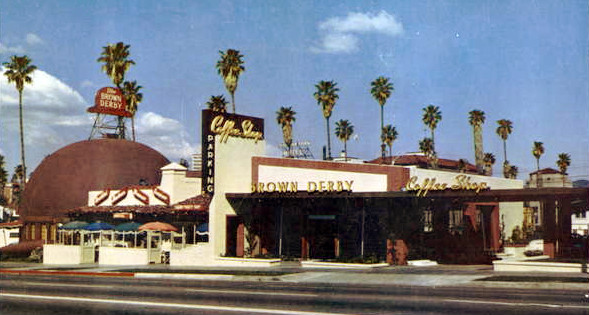 Hollywood’s Brown Derby restaurant is the place William Holden got hit with a pie in an I Love Lucy episode — and may be better remembered today for that than as a tourist magnet, having been torn down to make room for a minimall decades ago.

Out-of-towners went there hoping to see a star in person – an expectation heightened by walls full of caricatures of celebrity customers drawn by Jack Lane.

Young Ray Bradbury liked to loaf at the famous Brown Derby restaurant, though bought his meals at Hugo’s Hot Dog Stand across the street.

When he became a successful screen, tv and fiction writer, however, Jack Lane added his image to the collection. 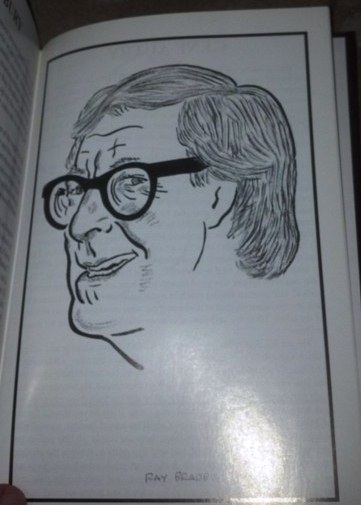 13 thoughts on “Up Among the Stars”