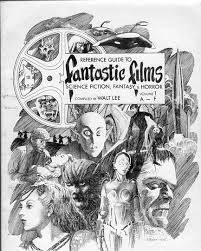 “I’m very sad to report that my father, Walter W. Lee, Jr. — physicist, writer, historian, consultant, and friend to the science fiction and fantasy community — passed away on the evening of Sunday, November 23, 2014, after a long battle with Alzheimer’s,” writes Steve Lee.

Walt Lee was born in Eugene, Oregon on August 16, 1931.He is best known for compiling the Reference Guide to Fantastic Films. The three-volume work published between 1972 and 1974 was the first major compilation of film scholarship for science fiction, fantasy and horror films.

My mother, sister and I all thank you for your warm wishes and support during this difficult time. I would also like to thank all of those who took the time to send birthday cards to my father on this last August. He enjoyed and cherished them all.

He also invited me to publish his e-mail address – hwdslee (at) gmail (dot) com – for anyone who wishes to forward messages to the family.

Film critic Warren paid tribute to the Reference Guide to Fantastic Films and its author:

This was long, long before the iMDB, long before most books on movie research. He spent hours upon hours in the files of the Motion Picture Academy, UCLA, USC, Forry Ackerman (a lifelong friend) and elsewhere. He corresponded with people all over the world — he was determined to make the book as inclusive as possible, and he did. It was the first citation in print (other than industry books and magazines) for hundreds upon hundreds of movies. He was one of the first researchers to routinely include many of the great Hollywood cartoon shorts.  Walt was there first, before anyone.