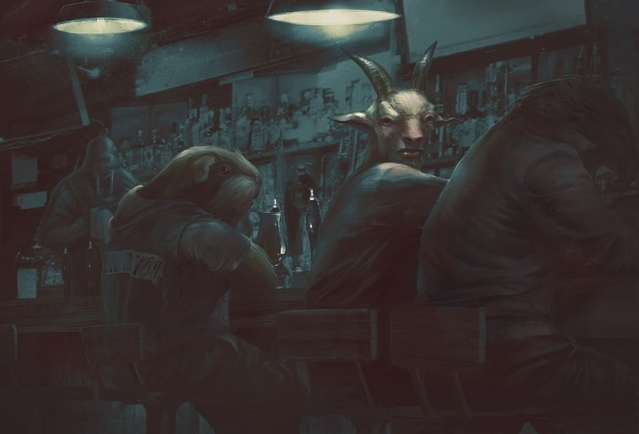 Joshua Palmatier has announced the table of contents for the Were-anthology coming out in August 2016. The book was funded as part of last year’s Alien Artifacts & Were- SF&F Themed Anthologies Kickstarter.

The cover art is by Justin Adams.

The tentative back cover copy reads —

Werewolves rule the night in urban fantasy, but everyone knows there are other were-creatures out there just as dangerous and deadly, if not as common, each with their own issues as they struggle to fit into—or prey upon—society. What about the were-goats? The were-crows and were-wasps?

Here are seventeen stories of urban fantasy by today’s leading science fiction and fantasy authors that introduce you to some of those other were-creatures, the ones hiding in the dark background shadows, waiting to bite. Join us as they take you into the hidden corners of our world to see some lesser known were-creatures. You may want to bring along some silver . . . just in case.

Those who preorder the paperback of the anthology will get a special Kickstarter edition of the book and will be able to read it early, before the general public. Likewise for those that preorder the ebook. Preorder at the Zombies Need Brains Online Store.