Westercon 70, happening in Tempe, AZ from July 1-4, has announced their final five Guests of Honor. 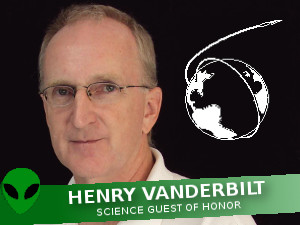 Henry founded Space Access Society in 1992 and ran the quietly influential annual Space Access Conferences in most of the years since. He is not a rocket scientist, but he can translate reasonably well between rocket scientist and English. (He did manage a bunch of rocket engineers once, but that’s another story.) He first started working for radically cheaper space transportation via fast-turnaround fuel-and-go reusable rockets back in 1986, when that was all strictly SF. He’s a lifelong Fan but he’s nevertheless pleased as hell to see this plot device now doing a genre jump to current-day technothriller. He looks forward to it soon settling down as just another taken-for-granted background element in mainstream contemporary literature. 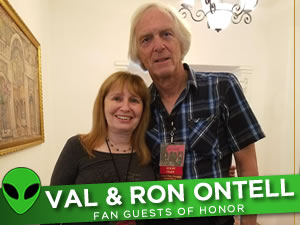 Val’s 43 years in fandom include chairing the 2011 World Fantasy Convention, the 1986 and 1989 Lunacons in New York and the 2010 Conjecture in San Diego. She’s currently Guest Liaison for many San Diego cons. Ron has served as the President of the New York Science Fiction Society (the Lunarians) and Val was a board member in the 1980s. Both have held committee positions at a variety of local cons, Westercons and Worldcons and are Senior Assistants in the Autograph Area at San Diego Comic-Con. They’ve also run tours in connection with overseas Worldcons since 1987, including Britain (twice), Ireland, Japan, Australia (twice) and, of course, Helsinki in 2017.

Special Media GoHs Bjo and John Trimble, sponsored in part by the United Federation of Phoenix. 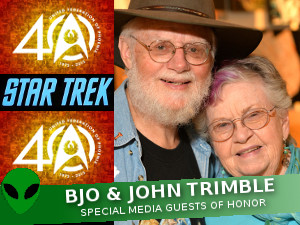 John and Bjo met in science fiction fandom and married in 1960. They originated Art Shows at Worldcon and San Diego Comic-Con and Futuristic Fashion Shows at CostumeCon. They chaired Westercon in 1970 and John co-chaired in 1965. They worked together on the original Save Star Trek letter-writing campaign, which is generally credited with allowing a third season to happen. They’re still active in the SCA and wider fandom. They enjoy unusual cheeses, home-brewed dark beer, intelligent conversation and travel anywhere at any time.

[Thanks to Kate Hatcher for the story.]