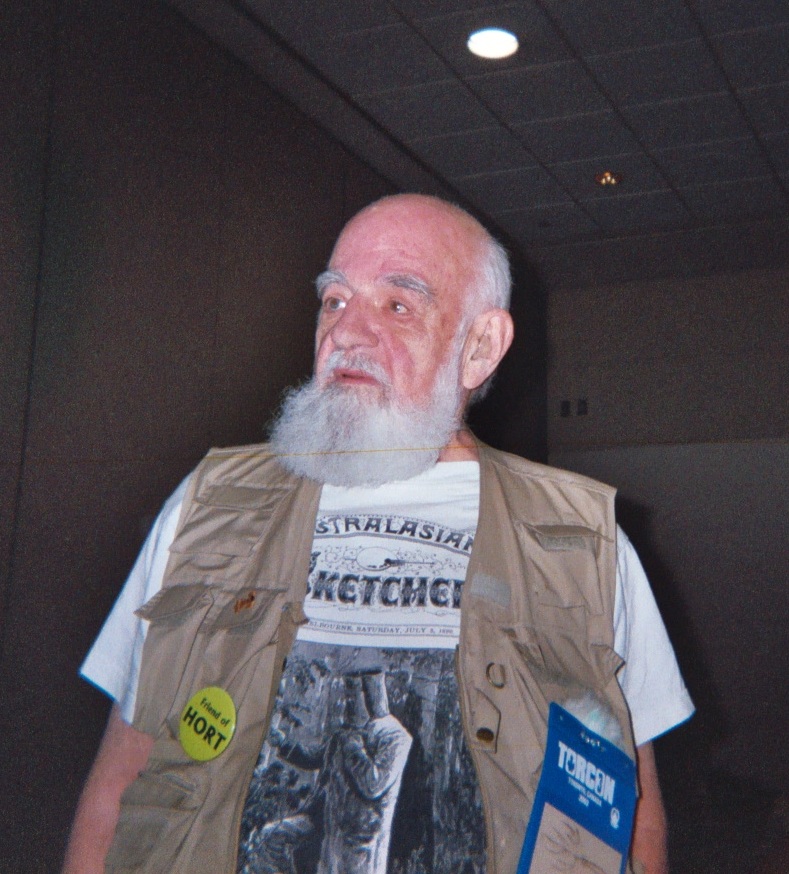 Robert Lichtman, Secretary-Treasurer of the Fantasy Amateur Press Association (FAPA), has announced that Art Widner is the organization’s first Lifetime Member, “forever freed of any obligations to pay dues and/or to contribute to the mailings.”

FAPA is fandom’s earliest apa, founded in 1937 by Donald Wollheim and John Michel. (An apa works this way: Members send their printed zines to the OE, who sends back a bundle containing a copy of every contribution. FAPA has a quarterly cycle.)

How did Art Widner qualify for this honor? Lichtman explains –

First, it helps to be 97 years old.  And having a longtime membership doesn’t hurt.  Art first joined FAPA in September 1940 and left in November 1950.  In the Fantasy Amateur for that mailing (the 53rd), it says he was dropped for “dues, activity and square dancing.”  (I take the latter as code for “raising a family and having a career.”)  He rejoined in May 1979 and has been with us ever since.  That’s a total of 46 years, more than half the life of the organization.

This was a surprise for Art, who wrote back —