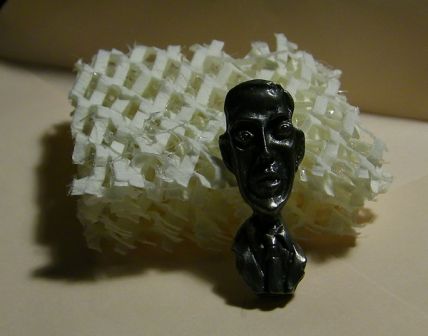 What could be a more appropriate way of recognizing this year’s World Fantasy Award nominees than with a pin-sized replica of Gahan Wilson’s bust of H.P. Lovecraft from the full-sized trophy?

That’s not a purely rhetorical question this year, after some writers said Lovecraft is not someone whose image they really want on display in their home due to his notoriously insensitive views.

The 2014 winners will be revealed this weekend at World Fantasy Con.