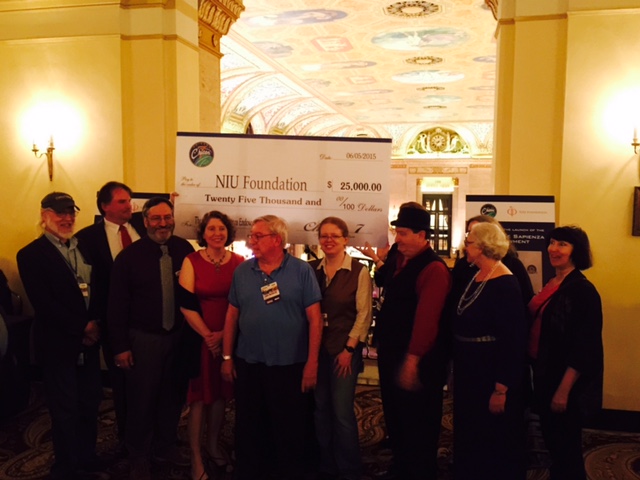 In the run-up to Chicon one of the projects we became aware of that was of special interest to us was the work being done by Lynne Thomas and Northern Illinois University to collect, preserve and make available to the public materials related to prior Chicons.  Preserving science fiction and fandom history and making it available to the world seemed a pretty valuable service to the community to us.  So, when it came time to decide how to close out our Chicon business, talking with NIU was a priority for us.

While those talks were going on, our community suffered a loss.  Peggy Rae Sapienza passed away this past March.  Peggy Rae was very nearly the embodiment of fandom for me.  It was my great honor to ask her to be Chicon’s fan guest of honor not once, but twice. [The first was for Chicago’s losing 2008 bid.]  She was deeply connected to all things Worldcon, and deeply connected to the Nebulas as well, helping to run many events for each.  She chaired the 1998 Worldcon in Baltimore and assisted greatly with the 2007 Worldcon in Japan.  She was co-chair of the Nebula weekend in 2010 and then chaired again in 2011 and 2012.  She was grounded and practical and simultaneously a wild eyed dreamer.  The combination was remarkable.